Editor’s note: Starting as a trial, the Extra Crunch Daily newsletter is going to be delivered Tuesday-Saturday, in order to faithfully analyze the happenings in the startup and financial world Monday-Friday.

OpenAI announced yesterday that they are going to be offering a “capped return” security for investors as part of the for-profit/non-profit split the organization is creating:

As mentioned above, economic returns for investors and employees are capped (with the cap negotiated in advance on a per-limited partner basis). Any excess returns go to OpenAI Nonprofit. Our goal is to ensure that most of the value (monetary or otherwise) we create if successful benefits everyone, so we think this is an important first step. Returns for our first round of investors are capped at 100x their investment (commensurate with the risks in front of us), and we expect this multiple to be lower for future rounds as we make further progress.

I candidly don’t understand this structure at all. For venture capitalists — and particularly early-stage investors — returns are driven by one, maybe two, and extremely rarely three startups in a portfolio (that would be Benchmark’s 2011 fund, which includes Uber, Snap, and WeWork). That one outlier investment may drive a majority of all fund returns. If OpenAI were to be that investment, how you could you possibly relinquish the remaining upside? Maybe you could prospectively sort of accept this, but how would you explain to LPs that “ah, yes, seven years ago we decided to give up that next 150x” or whatever.

OpenAI LP (the for-profit entity) is trying to target more mission-oriented investors, who presumably value incentive alignment but not (huge) profits. That’s fine, but the idea of capping a return as a mechanism to capture run-away value creation seems really off to me and should be discouraged.

My colleague Devin Coldewey also had a negative take, but sort of in the opposite direction — that OpenAI “may not be quite so open going forward” and is going to focus more on profits than science. That’s a fair criticism as well, although I think the profit motive will get us to AGI faster.

With Mellanox deal, NVIDIA buys a chance to salvage its growth 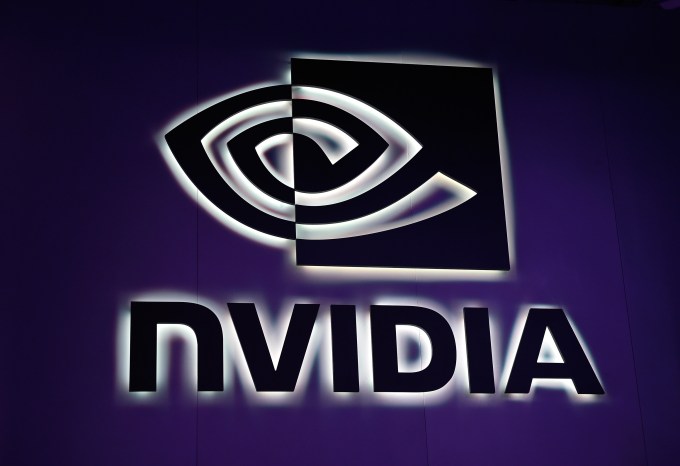 NVIDIA confirmed whispers Monday when it announced it was acquiring adjacent semiconductor player Mellanox for $6.9 billion. Mellanox specifically focuses on interconnects and networking components that transfer data between cloud compute and storage resources.

The strategic rationale for NVIDIA is fairly straight-forward despite being a little outside of the company’s core competency. As we’ve discussed a few times before, NVIDIA got absolutely crushed towards the end of last year as the company struggled to find growth while facing headwinds from a dried up crypto market, a testy geopolitical backdrop, customer erosion, and increased competition. NVIDIA cuts its sales guidance by $500 million in the last quarter which, as the NYT pointed out, CEO Jensen Huang called “a real punch in the gut.”

NVIDIA has been betting the farm on diving into the data center, cloud computing, and supercomputer/AI markets that require parallel computation well served by NVIDIA’s graphical processing unit (GPUs). With Mellanox, NVIDIA will not only gets access to a segment with higher margins than its current operations but will, more importantly, be able to offer solutions across the full compute stack for data storage and AI/ML.

As TechCrunch’s Ingrid Lunden put it:

“While NVIDIA has focused its energies on computing, Mellanox works across Ethernet and other networking technologies — complementary areas for the two when addressing new computing and data transfer challenges brought about with the rise of AI, cloud services, an explosion of smartphone and other connected device usage and as-yet nonexistent tech like self-driving cars, which will put even more strain on our data infrastructure.”

The deal had been fairly well-telegraphed prior to the official announcement and is expected to be cash and earnings accretive. And the purchase price doesn’t appear to be too outlandish either — especially given a bidding process Huang described as “very competitive” — coming in slightly below the over $7 billion NVIDIA was rumored to be offering in order to outbid Intel, Xilinx, and Microsoft, all of whom had been linked as potential buyers during the past year in which Mellanox has reportedly been up for sale .

Notably, Intel seems to have missed out again here during a time where the company has been pouring money into R&D trying to play catch-up after struggling in recent years to keep up with the industry’s transition to new technologies.

NVIDIA stock was up around 7% on the day and Mellanox traded up to roughly $118 — just below the $125 per share acquisition price — with the market seemingly baking in a five-to-six percent chance of the deal not going through given the US government’s increased scrutiny on the global chip industry and pushback seen in prior semiconductor transactions. While a rejection of the deal would certainly be negative for NVIDIA, the company would only have to cough up a termination fee of $225-$350 million if the deal is blocked by shareholders or regulators and both leadership teams seem to be on board.

For NVIDIA, it seems like a small price to pay for a new shot at growth and a chance to quickly gain share in an increasingly competitive market.

Where is China’s new NASDAQ? 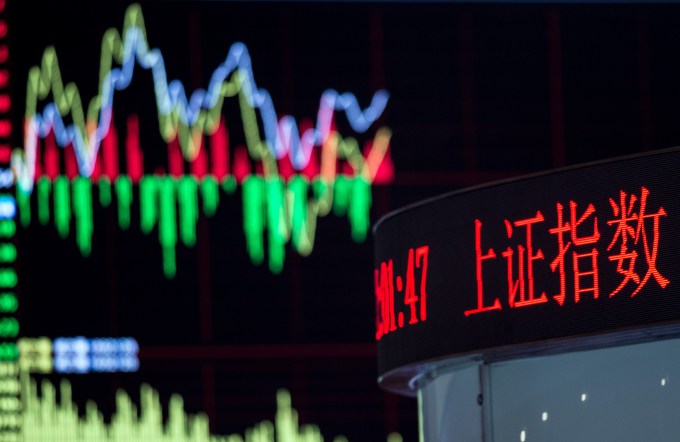 China has a money problem (well, it has a lot of money problems, but let’s just focus on one for today). The country has produced a dizzying array of global-scale technology companies, including Alibaba, Tencent, and many more. The problem is that these startups grow up in China, but perform their IPO debuts overseas, typically in New York and also often in Hong Kong. There are a whole lot of reasons why this happens, but it annoys the hell out of the senior Chinese leadership.

So the Shanghai Stock Exchange, one of the two leading markets in the country, has been working with regulators to introduce a “NASDAQ-style” trading board that would have fewer rules on new issues. Those more lenient rules would include allowing companies to be unprofitable at IPO and to allow for multiple share classes, presumably with differential voting rights. In other words, they are designed for Silicon Valley-style startups.

We learned last week that the board’s introduction will come near the end of May, and it unveiled a nearly final set of rules for the new exchange last week. That’s months late though, since back in December, the exchange had said that new equity issues could begin trading as early as March.

The reason all of this minutia matters is because of Ant Financial. The Chinese fintech company was last valued at $150 billion, and its IPO, which has been rumored for months now, will be one of the major financial blockbusters of the year.

Where Ant Financial chooses to debut is a hugely important question for these exchanges, and for getting a read on the future divide between U.S. and Chinese capital markets. At its scale, it could almost single-handedly christen Shanghai’s new board, and indeed, it is rumored that the company wants to do just that. Certainly the Chinese government wants the company to trade locally.

So the question is whether it has the time to wait for Shanghai to get all of its pieces in order, while also ignoring the large capital markets in New York, London, and Hong Kong that would almost certainly have to be tapped for a company its scale. 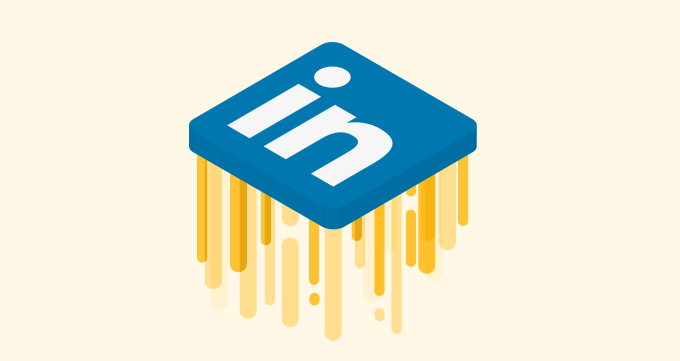 It’s not every day you get a direct takedown of a product by that product’s former leader. But over the weekend, former LinkedIn China president Derek Shen blasted the company’s approach to China, according to a translation by Jill Shen at TechCrunch editorial partner TechNode (who I presume is unrelated):

“It’s horrible that the LinkedIn product managers don’t even realize they have lagged way behind a list of new social networking services such as WeChat, feeling good about themselves instead,” said Shen in a LinkedIn post on Monday. The former LinkedIn executive said that he tried to improve the platform when he joined the company six years ago, but struggled to make progress as it involved so many stakeholders within the organization.

(Of course, knocking LinkedIn’s product is a favorite pastime of pretty much any worker in Silicon Valley today).

LinkedIn first took China seriously in early 2014, and has had reasonable success in the interim, growing to around 41 million users. LinkedIn is unique among Western-run social networks in having (any) access to the Chinese market — essentially no other major network (including Twitter and Facebook) has passed through the Great Firewall.

Yet, its fortunes appear to be turning. LinkedIn, which is owned by Microsoft, is feeling a bit of a pincer from both Chinese and Western critics. The professional network has followed the censorship edicts of Beijing, much to the chagrin of human rights organizers. It has also added in a real name requirement linked to mobile phone numbers, which is now mandated by the government.

Meanwhile, domestic competitors like Maimai (脉脉) and Zhaopin (招聘) are building traction with more native products, to Shen’s point above. Maimai in particular has raised hundreds of millions in venture capital and is rumored (like all late-stage companies) to be targeting an IPO.

We talk a lot about the market-entry barriers that China’s government has placed on Western tech companies, but at least when it comes to consumer apps, it is also important to note that product cultural awareness doesn’t come instantly. Even if China’s markets opened tomorrow, these apps would still have to compete in the marketplace, and there is no guarantee that Chinese professionals want garbage InMail offering “growth services” any more than Silicon Valley workers do.

Eliot Peper and “narrative responsive design” on the web

Novelist and strategist Eliot Peper gave Extra Crunch readers a lengthy reading list of great speculative fiction a few weeks ago to help inspire the creation of startups. Now, one of his major projects has been published.

A few years ago, Peper published True Blue, a short story about discrimination in which people’s life outcomes are determined by the color of their eyes. It’s a parable to our own world, infested with the kind of speculative details that Peper is known for.

After publishing the short story, he teamed up with Phoebe Morris and Peter Nowell to bring a fully-illustrated and responsively-designed version of the story to life, with some funding from TechStars founder David Cohen.

What’s quite exciting about this project is seeing how artists are using the web as a deeper narrative platform. From Peper’s discussions of how the team made the product:

One of the counterintuitive lessons we learned was how powerful it is to obscure certain details, letting readers bring more of their imagination to the story. Specifically, we discovered that detailed lines often trigger the sense of something being depicted for you, so we smudged and faded and shadowed until we felt the right balance of detail and suggestion. This philosophy carried through to design — which so often aims to reduce tension by making experiences simple, intuitive, and convenient. But stories thrive on conflict, and Peter challenged himself to use design to evoke tension instead of erasing it.

He even engineered a new tool that cropped images so that they adapted to different devices and screen sizes not only by changing size, but actually changing image composition to preserve narrative content and emotional impact. When I told him about the project over a slice of Arizmendi pizza, author/friend/media experimenter Robin Sloan coined a term for this new technique: Narrative Responsive Design.

A lot of work yes, but the wait and effort I think are worth it. Read the story and learn more about the process of making it.