Hammerhead founder and CEO Piet Morgan is a bicyclist, and he started the company because he wanted a better navigation system.

So Hammerhead crowdfunded its first product, the H1, and subsequently built Karoo, a “cycling computer” that supports navigation and training. But Morgan told me his ambitions are bigger than that.

After all, he sees a future where electric bikes need smart range projections, where bike-share fleets need to be managed, where social training programs like Strava can pull data from the bike itself and where any bicycle should come with theft and crash alerts.

“There needs to be a software layer on the bike,” Morgan said. “That’s really what we’re trying to build.”

That future isn’t here yet, however, so Hammerhead is starting out by building a consumer device. And while Morgan eventually plans to license the software to bike manufacturers and other partners, he said there will be a common goal across the business: To build products that cyclists want to use. 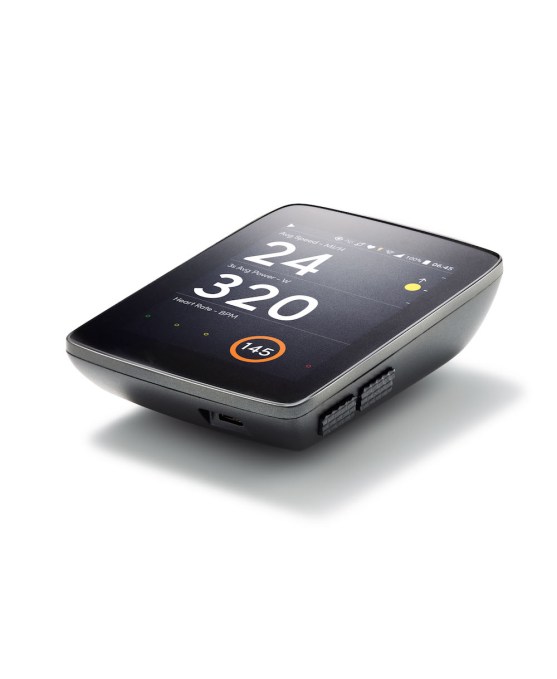 That includes the Karoo device itself (currently available for $399) — a mountable, shockproof computer with a high-resolution, anti-glare touchscreen. But Morgan argued that the real differentiator is the software, because the dominant products from companies like Garmin are built with “software that’s pretty rudimentary.”

Karoo, on the other hand, runs on a regularly updated, Android-based operating system called Karoo OS. It includes a mapping and turn-by-turn navigation system that the company said is designed specifically for cyclists. And the real potential may be unlocked when it launches an app store that will allow third-party software to run on the device.

“What makes us a compelling venture-scale opportunity is what I believe is really going to be almost a winner-take-all situation,” Morgan said. “The company that [defines] this category is going to be able to own it.”