Audi today provided an advanced look at what will be its fifth production electric vehicle, a compact crossover concept that is expected to come to market at the end of 2020.

The all-electric Q4 e-tron SUV concept, which was revealed at the Geneva International Motor Show, is equipped with dual motors with a power output of 225 kW. An 82 kWh battery provides 280 miles of range; that’s more than the bigger e-tron that debuted in September. Audi bases its range estimate off of Europe’s new WLTP standard.

The first e-tron vehicles — the larger production all-electric SUV — will be delivered to customers before the end of March, Audi said. 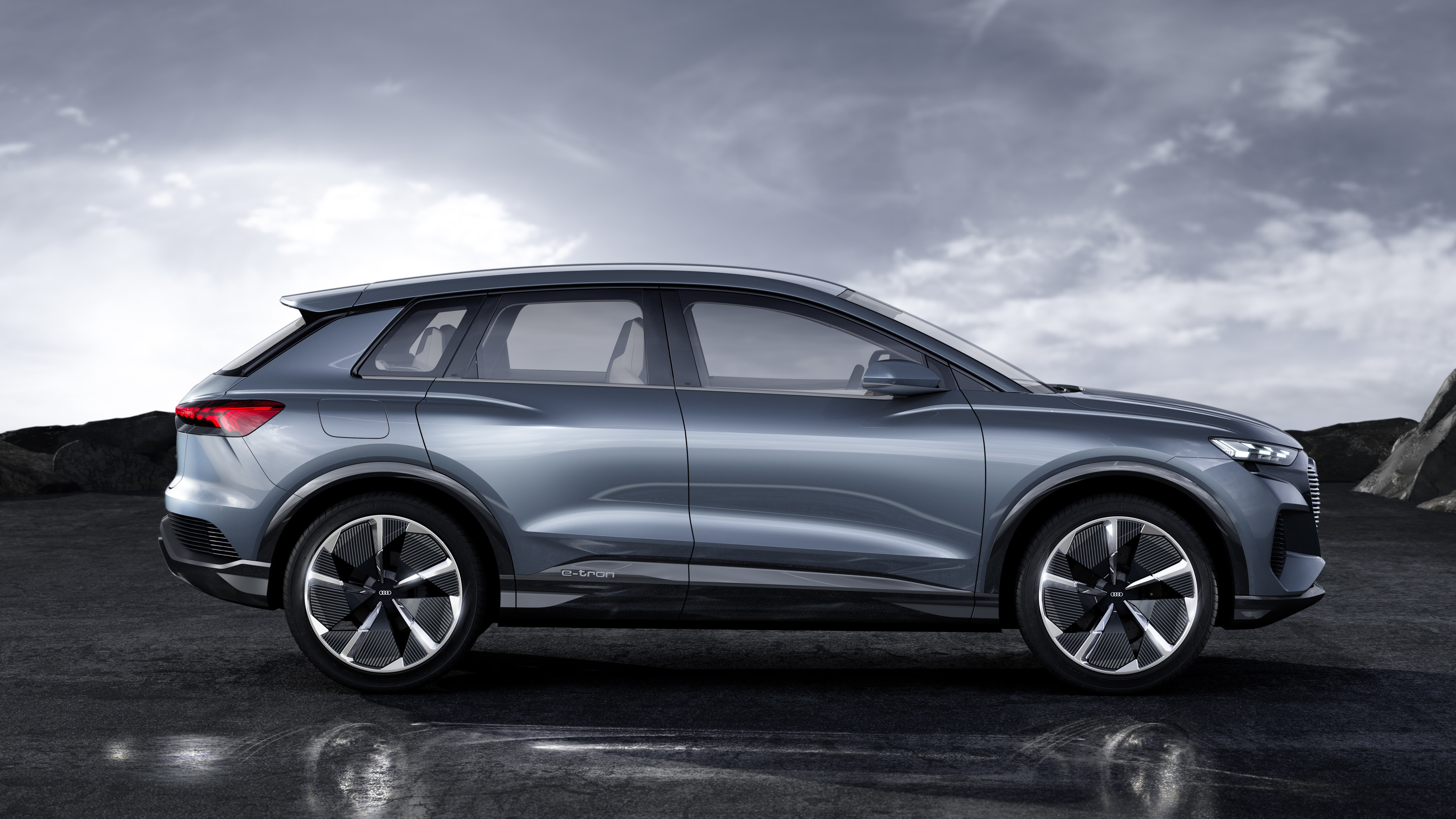 Inside the Q4 e-tron is the virtual cockpit. A digital display showing speed, charge level and navigation is located behind the steering wheel. A large-format heads-up display with an augmented reality function is a new feature, and displays important graphical information, such as directional arrows for turning, directly on the course of the road, Audi said.

The steering wheel has toggles that a driver can use to control some functions. A 12.3-inch touchscreen located above the center console caps off the whole infotainment system. Meanwhile, the center console is designed as a stowage compartment that  includes a cell phone charging cradle. 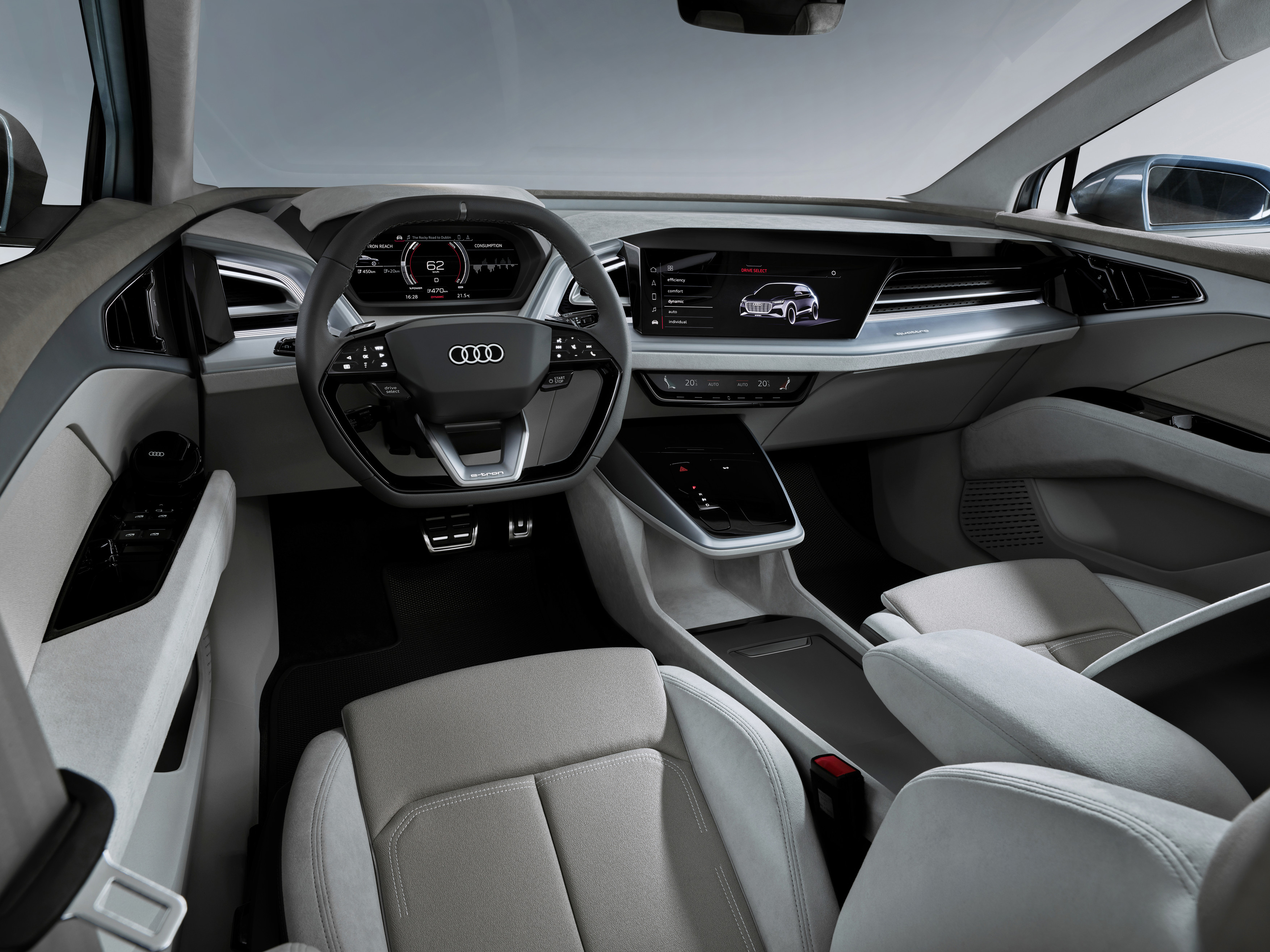 There are details about the Q4 e-tron that remain a mystery. For instance, there’s no word on the price. But expect the Q4 to be cheaper than the $74,800 e-tron.

Audi is working toward electrifying its portfolio, a commitment that was borne out of parent company VW Group’s diesel emissions scandal that erupted in 2015. Audi plans to have 12 all-electric models by 2025.

Like other electric vehicles under the VW Group umbrella, the Q4 e-tron has a modular electric drive toolkit chassis, or MEB. The MEB, which was introduced in 2016, is a flexible modular system for producing electric vehicles that VW says will make it more efficient and cost-effective. 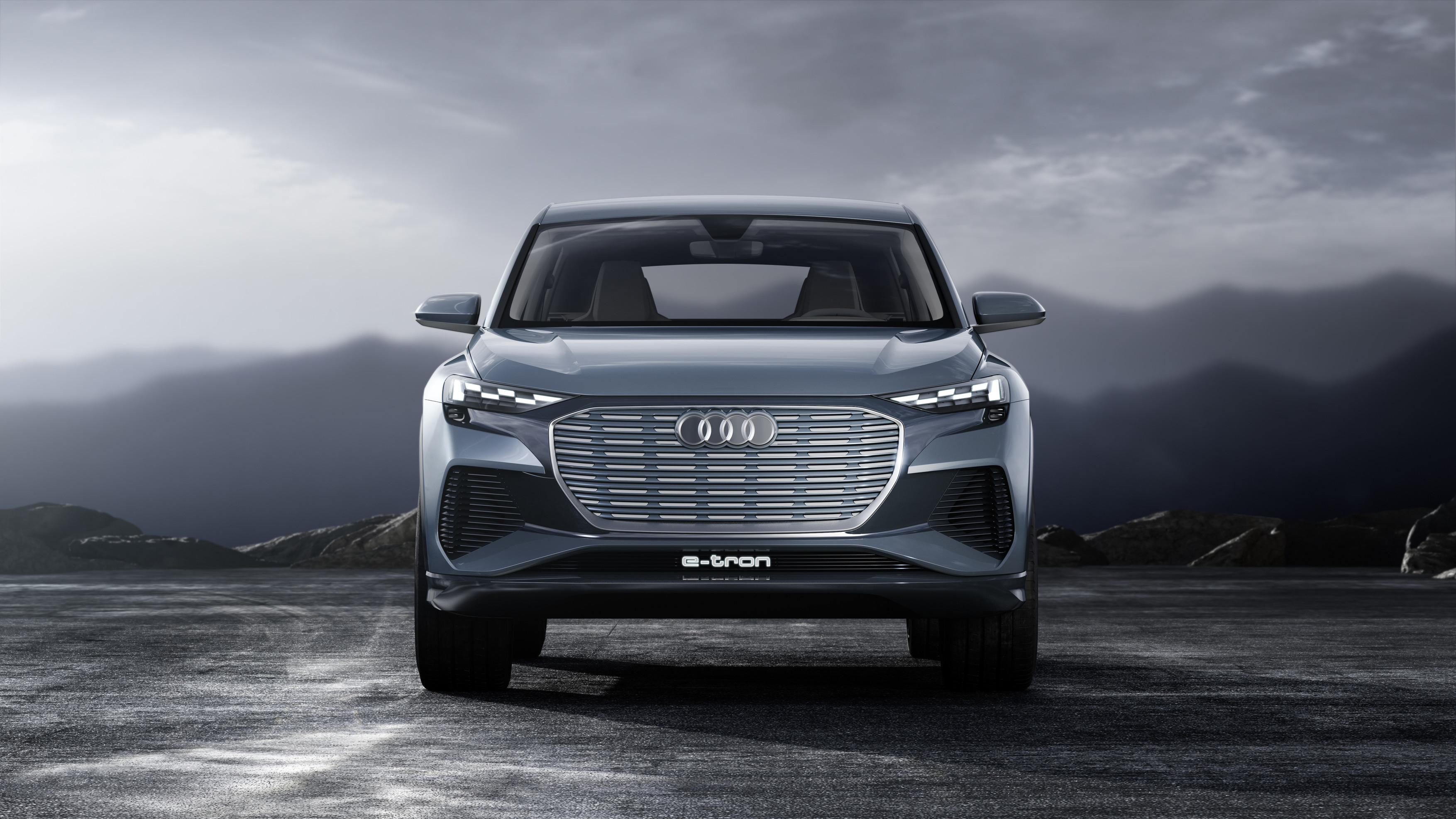 Later this year, Audi will introduce the e-tron Sportback, and the first Audi Q2L e-tron, which was designed specifically for the Chinese market, will roll off the assembly line.

In the second half of 2020, the company will unveil the production version of the four-door high-performance coupé Audi e-tron GT, which is being developed at Audi Sport GmbH. The compact Audi Q4 e-tron is expected to make its production debut at the same time.