By most common sense measurements, Box had a pretty good earnings report today, reporting revenue up 20 percent year over year to $163.7 million. That doesn’t sound bad, yet Wall Street was not happy with the stock getting whacked, down more than 22 percent after hours as we went to press. It appears investors were unhappy with the company’s guidance. 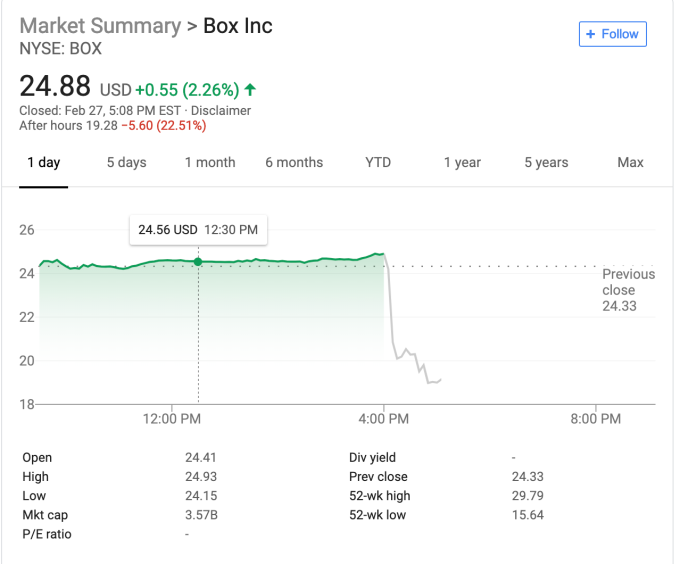 Part of the problem, says Alan Pelz-Sharpe, principal analyst at Deep Analysis, a firm that watches the content management space, is that the company failed to hit its projections, combined with weaker guidance; a tough combination, but he points out the future does look bright for the company.

“Box did miss its estimates and got dinged pretty hard today; however, the bigger picture is still of solid growth. As Box moves more and more into the enterprise space, the deal cycle takes longer to close and I think that has played a large part in this shift. The onus is on Box to close those bigger deals over the next couple of quarters, but if it does, then that will be a real warning shot to the legacy enterprise vendors as Box starts taking a chunk out of their addressable market,” Pelz-Sharpe told TechCrunch.

This fits with what company CEO Aaron Levie was saying. “Wall Street did have higher expectations with our revenue guidance for next year, and I think that’s totally fair, but we’re very focused as a company right now on driving reacceleration in our growth rate and the way that we’re going to do that is by really bringing the full suite of Box’s capabilities to more of our customers,” Levie told TechCrunch.

Holger Mueller, an analyst with Constellation Research says failing to hit guidance is always going to hurt a company with Wall Street. “It’s all about hitting the guidance, and Box struggled with this. At the end of the day, investors don’t care for the reasons, but making the number is what matters. But a booming economy and the push to AI will help Box as enterprises need document automation solutions,” Mueller said.

On the positive side, Levie pointed out that the company achieved positive non-GAAP growth rate for the first time in its 14-year history, with projections for the first full year of non-GAAP profitability for FY20 that it just kicked off.

The company was showing losses on a cost per share of 14 cents a share for the most recent quarter, but even that was a smaller loss than the 24 cents a share from the previous fiscal year. It would seem that the revenue is heading generally in the correct direction, but Wall Street did not see it that way, flogging the cloud content management company. 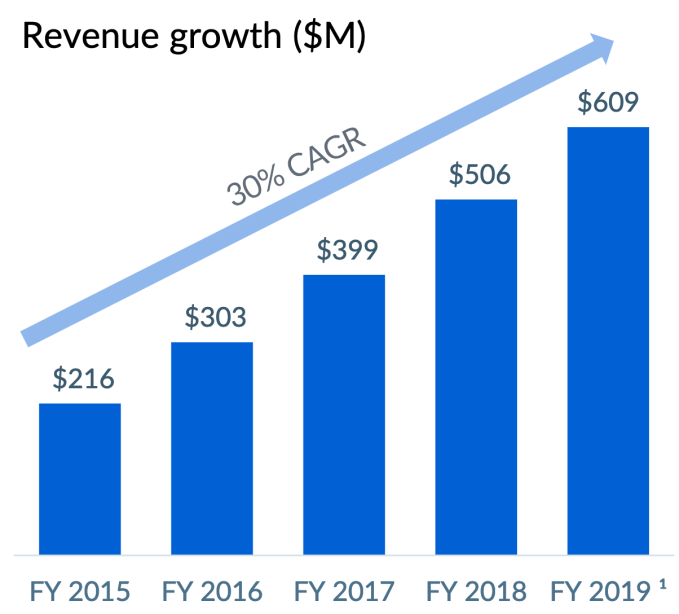 Wall Street tends to try to project future performance. What a company has done this quarter is not as important to investors, who are apparently not happy with the projections, but Levie pointed out the opportunity here is huge. “We’re going after 40 plus billion dollar market, so if you think about the entirety of spend on content management, collaboration, storage infrastructure — as all of that moves to the cloud, we see that as the full market opportunity that we’re going out and serving,” Levie explained.

Pelz-Sharpe also thinks Wall Street could be missing the longer-range picture here. “The move to true enterprise started a couple of years back at Box, but it has taken time to bring on the right partners and infrastructure to deal with these bigger and more complex migrations and implementations,” Pelz-Sharpe explained. Should that happen, Box could begin capturing much larger chunks of that $40 billion addressable cloud content management market, and the numbers could ultimately be much more to investor’s liking. For now though, they are clearly not happy with what they are seeing.