Microsoft is really hoping to get down to business with the next version of the HoloLens. In fact, the software giant announced a new customization program for the HoloLens 2.

How, precisely, such customized versions of the XR headset will look remains to be seen, but the company’s first partner, construction hardware company Trimble, is offering a pretty interesting glimpse. The company joined Microsoft onstage at Mobile World Conference in Barcelona to debut a new collaboration. 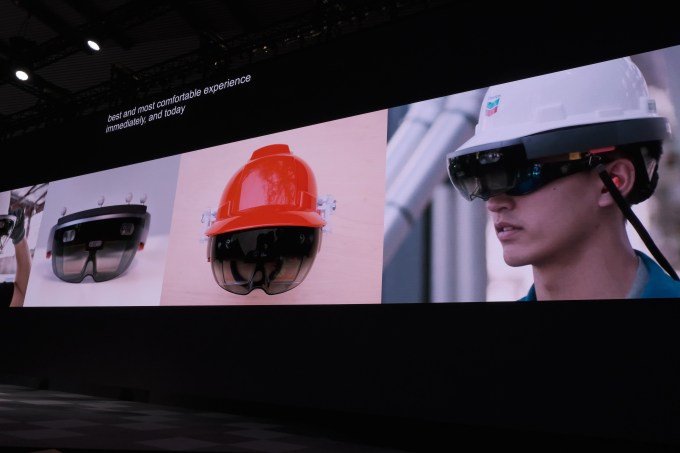 The XR10 is a customized hard hat with a swiveling HoloLens 2 built in, so construction works can get a heads-up display on site. This first partnership is a clear sign of where Microsoft hopes to go with this second generation of its headset, taking the technology beyond the confines of the office and into real-world sites.

Pricing is still TBD, but the headset will be available at the same time as the regular HoloLens 2.