Kenyan communications hardware company BRCK has acquired the assets of Nairobi based internet provider Surf and its U.S. parent EveryLayer in a purchase deal of an undisclosed amount announced Friday.

Based in Nairobi, Surf is a hotspot service provider aimed at offering affordable internet to lower income segments. BRCK is a five year old venture that pairs its rugged WiFi routers to internet service packages designed to bring people online in frontier and emerging markets.

With the acquisition, BRCK gains the assets of San Francisco based EveryLayer and its Surf subsidiary, including 1200 hotspots and 200,000 active customers across 22 cities in Kenya, according to BRCK CEO and founder Erik Hersman. EveryLayer CEO Mark Summer confirmed these details with TechCrunch.

Backed by $10 million from investors including Steve Case’s Revolution VC fund, BRCK plans to use its new resources to expand to an undisclosed East African country and is eying options abroad. “We’re looking at Indonesia and starting our pilot in Mexico next month,” Hersman told TechCrunch on a call from Kigali.

BRCK built its platform around providing internet solutions primarily in Kenya and Rwanda. In 2017, the company rolled out its SupaBRCK product and paired it to its Moja service, which offers free public WiFi—internet, music, and entertainment—subsidized by commercial partners. 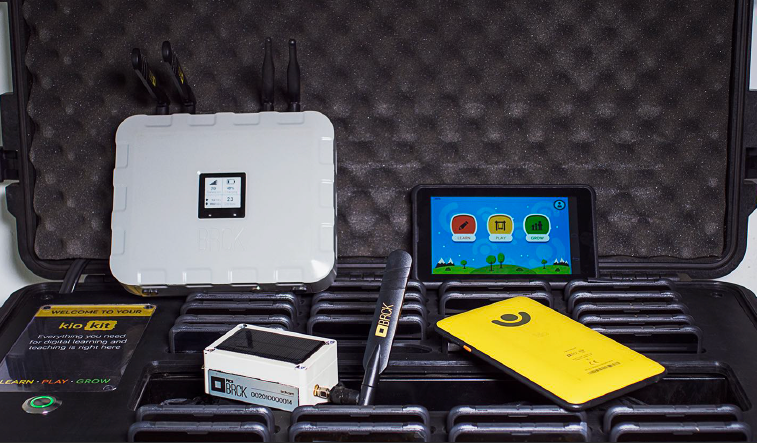 There’s not a requirement to click on or watch advertisements to gain Moja access, though users can gain faster access if they “interact with one of our business partners…by doing a survey, downloading an app, or watching an ad,” said Hersman.

In 2018, BRCK began offering SupaBRCK devices to drivers of Nairobi’s Matatu buses for Kenyan commuters to access Moja. As of January Moja traffic is racking up 300,000 active uniques and 3.7 million impressions per month, according to Hersman.

The BRCK founder has described Africa’s internet challenges—mainly the lowest penetration rates in the world—as shifting toward more of an affordability than availability problem.

“The demand on internet in Africa is largely driven by the 10 to 15 percent who can afford it. The real massive opportunity is trying to connect the 70 to 80 percent of the people who can’t. That’s where the internet race really is,” Hersman told TechCrunch in 2017.

“Even with penetration improving, even with data prices going down, there’s still not a viable way to get internet to huge swaths of people,” he told TechCrunch. “The real numbers are that about 20 percent in every country can now afford to buy data-bundles, but 80 percent can’t.”

With the recent asset acquisition BRCK hopes to add its experience in delivering internet solutions on transit networks to Surf’s WiFi and IP capabilities toward new partnerships and service countries.

“Surf has a model for fixed WiFi and a team that roll things out in Kenya and new geographies. We can go to big ISPs in other countries and create partnerships…for fixed WiFi followed by transportation connectivity,” said Hersman.

BRCK will maintain the Surf name in the short term, “but over the next three to six months it will all be rebranded and the platform will become Moja WiFi,” Hersman said. Surf’s existing employees have been invited to join BRCK.

As for Surf’s parent company, EveryLayer, “at this point it will be shutdown. One of the founders Andris Bjornson will join BRCK,” CEO Mark Summer told TechCrunch.

In 2018, EveryLayer announced a partnership whereby Surf would also offer Facebook’s Express WiFi hotspots on its network. With the acquisition, that arrangement will continue “only for those existing express WiFi locations” until BRCK transitions “those…nodes to Moja WiFi in the next three to six months, explained BRCK CEO Erik Hersman. “

On data-privacy for BRCK’s Moja users, “BRCK doesn’t capture personally identifying information beyond the MacID of the device connecting…We don’t associate users’ browsing data with individual users and there are no logins,” Hersman told TechCrunch.