Ask me in a couple of months what I think about the Moft. Right now, I’m actually digging it. Granted, I didn’t have particularly high hopes for a $19 (for Kickstarter early-birds) fiberglass and faux leather gizmo you slap on the bottom of the laptop, but I’m into it.

The “invisible” stand is pretty silly on the face of it. It ships flat, you take it out, pull off the protective paper and stick it on the bottom of your laptop toward the rear. The company says it works with laptops up to 15.6 inches. I can only speak for the 15-inch MacBook Pro — but there, at least, it works like a charm. 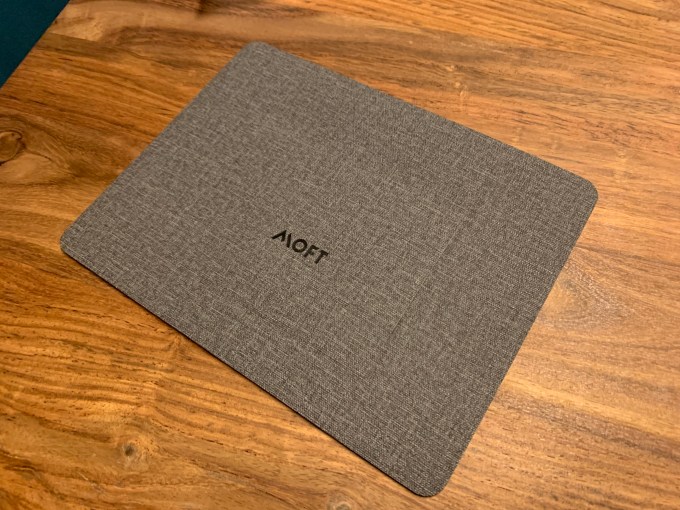 The thing operates like your standard laptop/tablet origami case. It folds up flush with the system, and when you pull it out, you can adjust it to prop up the laptop from a couple of different angles. Simplicity is the best and worst thing about the Moft.

I found myself wanting some kind of magnetic latch to keep it in place when not in use. As it is, the thing kind of flaps around a bit. My MacBook goes in and out of my backpack several times a day. After a few months of that kind of use, it’s easy to imagine ripping the thing to shreds. The price is right, though — at $19 for Kickstarter backers and $24 at retail, running though a couple of these a year won’t break the bank.

Also, maybe it’s my own imperfect placement, but there’s a bit of a wobble when I type. That’s addressed pretty easily by resting my palms of the laptop — something I tend to do when typing anyway. 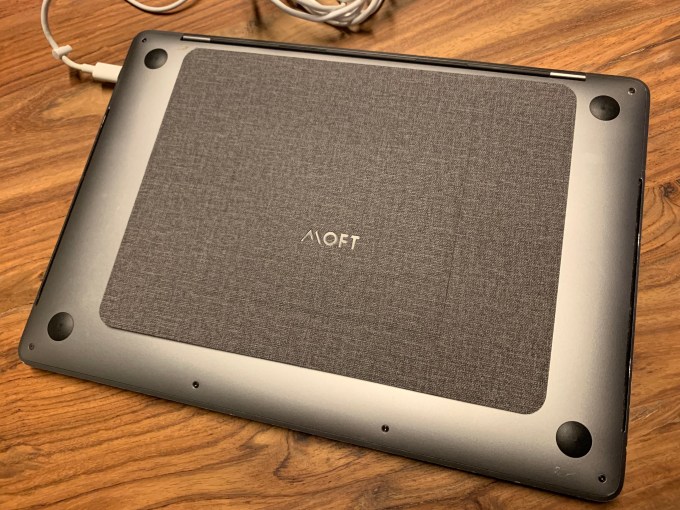 All in all, a pretty solid — and clever — addition to the arsenal. I like typing at an angle, so this should help with speed and comfort. There are a few qualms here, as is to be expected with any first-gen crowdfunded project, but the Moft’s not a bad little buy for the price.