Houzz, a $4 billion-valued home improvement startup that recently laid off 10 percent of its staff, has admitted a data breach.

A reader contacted TechCrunch on Thursday with a copy of an email sent by the company. It doesn’t say much — such as when the breach happened, or if a hacker is to blame or if it was a data exposure that the company could’ve prevented.

Houzz spokesperson Gabriela Hebert would not comment beyond an FAQ posted on the company’s website, citing an ongoing investigation.

In that FAQ, the company said it “recently learned that a file containing some of our user data was obtained by an unauthorized third party.” It added: “We immediately launched an investigation and engaged with a leading forensics firm to assist in our investigation, containment, and remediation efforts.”

The company said it was notifying all of its users who may have been affected. 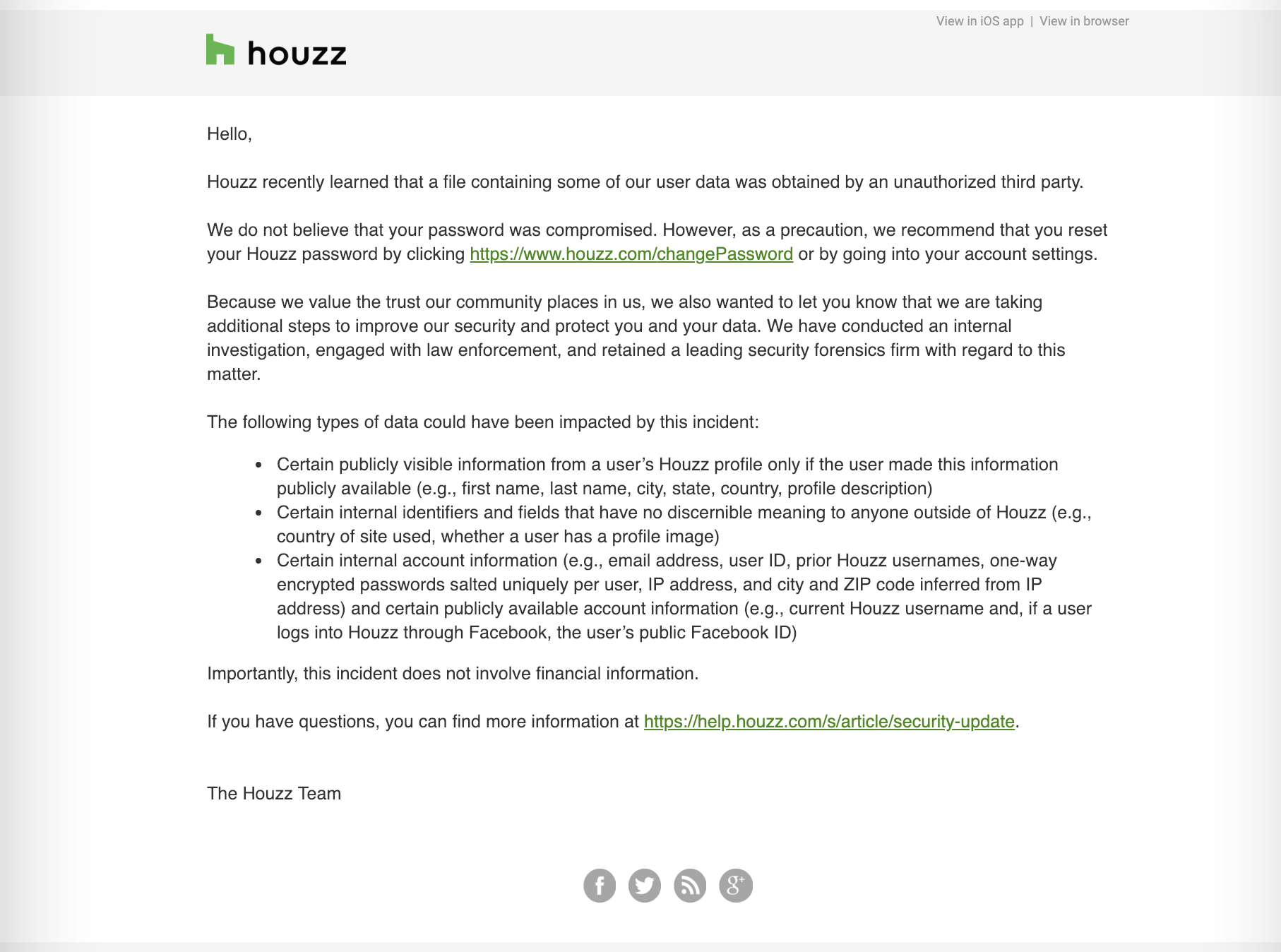 An email from a Houzz user (Image: supplied)

Houzz said some publicly visible information from a user’s Houzz profile could be affected, such as name, city, state, country and profile description, along with internal identifiers and fields “that have no discernible meaning to anyone outside of Houzz,” such as the region and location of the user and if they have a profile image, for example, the company said.

The company also said that usernames and scrambled passwords were also taken.

Regardless, the company recommended users change their passwords.

No financial information was taken, according to the FAQ.

The company last year was among many mocked for sending out emails to users alerting them of mandatory changes to their privacy policies ahead of the 2018-introduced EU General Data Protection Regulation (GDPR) law, saying it “value[s]” its customers privacy. “Their opening lines offer a glimpse of the way legal policy and user experience are colliding under the new regulations,” said Fast Company.

But it’s not clear if the company will face penalties — up to four percent of its global revenue — as a result of the regulation, only that the company “notified EU authorities within the statutory period,” said the spokesperson.

Another day, another breach.

Here’s what to expect in cybersecurity in 2019