It’s a weird quirk of the current generation of AirPods: they support Siri, but only if you double-tap one of the earbuds first. Unlike with iPhones, iPads, Apple Watches and HomePods, you can’t just say “Hey Siri” and babble out your request.

Rumors have been floating around for a while suggesting that a new iteration of AirPods — AirPods 2, the rumor mill is calling them — would bring “Hey Siri” functionality. Now a screen hiding in the latest iOS beta seems to suggest the same.

While it’s not a publicly accessible screen, Guilherme Rambo of 9to5mac managed to trigger the following prompt in the just-released iOS 12.2 beta: 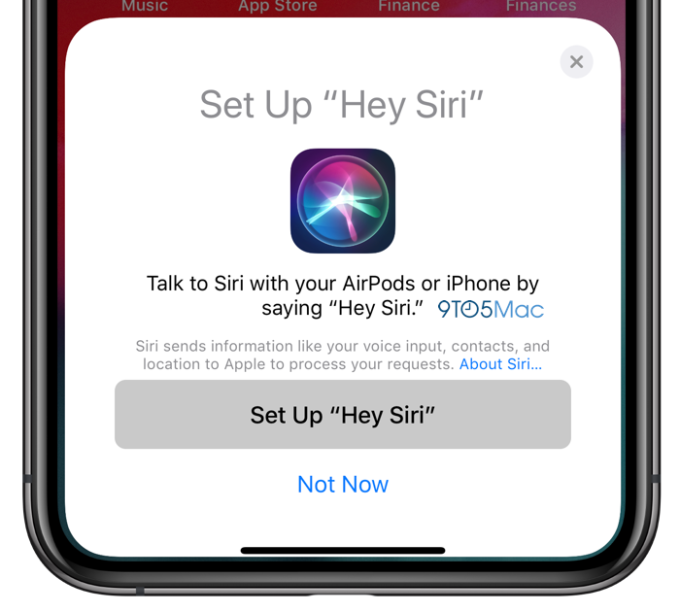 “Talk to Siri with your AirPods or iPhone by saying ‘Hey Siri’,” it reads.

Its absence from the current generation of AirPods presumably boils down to a matter of battery life. Apple figured out how to make “Hey Siri” work with minimal impact on battery life with the iPhone 6s, then broke down how it all works in a post on its Machine Learning Journal in April of 2018. But to pull off the same trick in a tiny earbud — each having a battery capacity of 93 milliwatt hours, or roughly 1 percent of that of an iPhone — is an entirely new challenge. For the first gen, it was just easier to let the headphones wait for that double-tap, queueing it up as a new selling point whenever Apple figured out how to pull it off.

Rumors have also hinted at other features for the eventual AirPods sequel, from waterproofing to sensors that help track health data. Alas, no sneaky hidden prompts hinting at any of that have been found yet.