Launch startup Rocket Lab is following the success of its first couple commercial launches by adding a prestigious (and deep-pocketed) new client: DARPA. The New Zealand-based company will send an experimental satellite called R3D2 into low Earth orbit sometime in late February if all goes well.

DARPA is of course the Defense Department’s research wing, and it probably has whole file folders filled with experiments it would like to send up to orbit but has deferred because of cost or timing restrictions. Rocket Lab’s whole business model is to make launches cheap and frequent so neither of those apply, and DARPA seems willing to give it a shot.

“The Department of Defense has prioritized rapid acquisition of small satellite and launch capabilities. By relying on commercial acquisition practices, DARPA streamlined the R3D2 mission from conception through launch services acquisition,” explained DARPA’s Fred Kennedy, director of the Tactical Technology Office, in a news release.

“The ability to rapidly space-qualify new technology and deploy space-based assets with confidence on short notice is a service that didn’t exist for dedicated small satellites until now,” said Rocket Lab CEO Peter Beck in his company’s corresponding release. 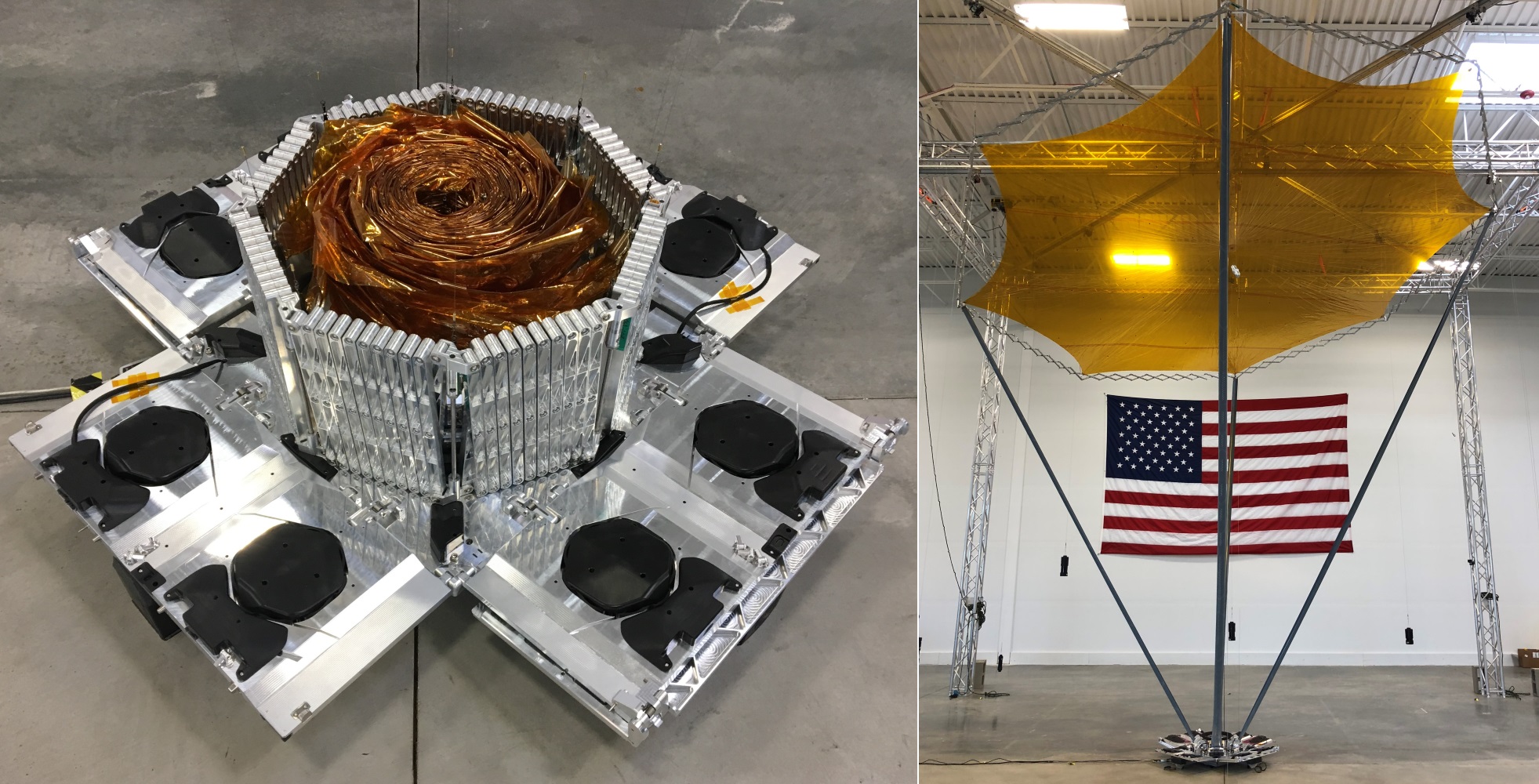 Apparently it’s nicknamed “Wallaby,” perhaps because it keeps things in a pouch.

The satellite itself is actually more of a short-term science experiment. It’s a “membrane antenna,” a thin layer of Kapton folded up into a tiny space that, upon reaching orbit, will unfurl to its full 7-foot diameter. The larger surface area may make for better signal reception and transmission, and packing into a smaller area of course makes more room for other components. (R3D2 stands for Radio Frequency Risk Reduction Deployment Demonstration, by the way.)

The whole thing weighs 150 kilograms, or about 330 pounds; that doesn’t leave a lot of space for ride sharing, so DARPA is paying for the whole Electron rocket. The plan is to launch in late February from Rocket Lab’s facility in New Zealand on the Māhia Peninsula. The exact date will only become clear once weather and other variables for that period are determined.

Fingers crossed for Rocket Lab on this one. It’s already done launches for private companies and for NASA; adding DARPA to the Rolodex would be a big coup for a company looking to build up its profile.