Augmented reality technology enables us to see things in places where they may not actually exist. And sometimes, that paradigm might also apply to augmented reality startups themselves. Meta, the AR startup that was incubated at Y Combinator and became the first to ship a set of “end-to-end” AR glasses (including hardware, software, direct tracking optics and SDK) to the market, raising a lot of money and high hopes in the process, crashed into insolvency recently as it ran out of money to fund the costly business of building hardware as well as options to raise more. Now it looks like there is another chapter. 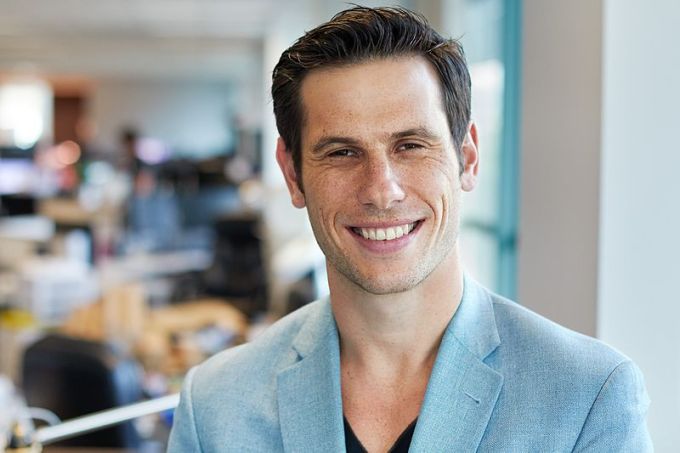 Meron Gribetz, Meta’s founder and CEO, told TechCrunch in an interview earlier today that the company’s assets have been acquired by a mystery buyer. The buyer’s name and even its industry are not being disclosed, said Gribetz, except he did hint that it is a “known name” that might be revealed soon.

(We’ve asked a number of investors in the company if they know more and it seems none so far do. Even the lead at the agency that has been handling Meta’s PR — Spiralgroup, which specialises in crisis communications and other tricky situations — described the buyer’s name as a “black box,” no information whatsoever.)

There is only one firm detail on the future that Gribetz said he could share. The new buyer, he said, has already committed to supporting hardware that is already out on the market, but with little specific information on what will come next. “Our assets have a good future, and I’m encouraged by that fact,” he said. He added that about 85-90 percent of the company’s inventory of its latest (last) model, the Meta 2, had sold.

Otherwise, all Gribetz could say was that it was an asset sale, for “less than the bank was owed,” in reference to the company’s debts.

Among the other details that are unclear are whether Meta talent will be joining the new owner. It sounds like that, at least, is still under negotiation for some of them — Gribetz included — which implies there are plans for using the IP and other assets the buyer has acquired, either on their own or in combination with other IP. (Notably, one of the assets that was acquired was the Meta brand, although that could easily have been also to protect it from being used by others.)

These latest developments cap off a hectic several months for Meta.

After a scrappy start — I first met the company at CES in Las Vegas years ago, when five engineers and Gribetz all slept in one hotel room that was also where they showed off product demos — the company landed in the elite Y Combinator incubator and started to attract the attention of big investors, and eventually became the first company to ship a complete AR solution, including hardware and software to make it work. That led to more investment and ambitions to target China.

But the Meta 2, the second version of its eyewear, was to be its last. The Silicon Valley startup fell onto hard times in September 2018 after a fundraise of $20 million, critical to its survival, which it had secured from an unnamed Chinese investor, was blocked by China over trade tensions between it and the U.S. Around that time, the company laid off a number of staff, and those remaining were furloughed in hopes of better times ahead.

That didn’t turn out to be the case. Gribetz told TechCrunch that in subsequent months, he’d received small investments from individuals to help temporarily pay some of the employees who were still with the company, and to keep up basic operations selling devices and handling customer calls, but “no one stepped in” to definitely close the funding gap. “Maybe it was the furlough that scared them off,” he said.

In the meantime, things got even tougher. Meta was served with patent suits — which may still follow the IP wherever it goes (although it’s not clear at all yet whether the suits are legit or without merit). And that seemed to be the final straw that led to the insolvency and subsequent asset sale.

There is a lot of potential speculation about who might be interested in Meta’s assets, and why the buyer is keeping quiet.

If it’s a big company, that makes it an obvious target for a patent litigation chaser. If it’s a company from a country like China, it could raise questions and cause problems given the current climate and trade tensions. If it’s interested in AR in a public way, it doesn’t want to reveal its hand. If it’s trying to prepare an entry into the market, it wouldn’t want to be known, either. If it’s a completely new entrant to AR, it may not want anyone to pre-judge based on Meta’s failure.

Meta had raised nearly $83 million, reaching a valuation of as much as $300 million, with investors including strategics like hardware giant Lenovo, internet giant Tencent, Dolby, Comcast and some 24 others (a mix of VCs and individuals). Those strategics also might be considered buyers — although so far we’ve confirmed that at least one, Lenovo, is not it.

Whoever has made the purchase, two words of advice: caveat emptor.

Although AR and VR startups reached a high watermark of $3 billion in funding in 2017, and for all the promise of various companies in the field, the bigger picture for AR and its sister technology, virtual reality, has not been as bright in more recent times.

Gribetz said he believes that one day every company will be an AR company, but for now, we are far from that. Headsets and glasses — a primary component of many services — are still clunky, we haven’t seen the “killer app” yet that will bring a mass market running to buy products and it’s not even clear that there may ever be. If you think of how much of the AR content you get already comes by way of your smartphone, then it may turn out just to be an additional feature, not a major step change after all.

All of that is leading to many AR and VR efforts feeling the pinch. Some, like ODG and Blippar, have collapsed entirely. Others like Magic Leap have failed to live up to their impossible hype. And others are rethinking their strategies for the longer haul, shelving some of their ambitions in the process.

In that context, Gribetz is even a little sanguine about Meta’s crash landing.

“It’s a bittersweet happiness,” he said when asked about how he feels about the sale. “This is not the way I would have wanted things to precipitate, obviously. On the other hand, when I look at the competitive landscape and the companies that are completely flaming out — and there are a lot — and their products disappear from the world never to be seen again, I can only express my personal hopes, because Meta is now inside of a new home — and it’s a good home — I can only express my hopes that these products have a future.”