It wasn’t just the tech circles tuning into the event. Civil servants, real-estate agents, salon owners, fruit vendors, teachers, artists — anyone who uses WeChat to facilitate daily work watched attentively for news and tips that came out of the annual conference.

Zhang, nickname Allen, is by nature a hardcore product manager. He went to great lengths during his four-hour speech, telling people productivity is WeChat’s holy grail, and that he wants to make user sessions “short and efficient.” He called out apps obsessed with keeping users on, which many may agree include ByteDance’s video app TikTok and news aggregator Jinri Toutiao. 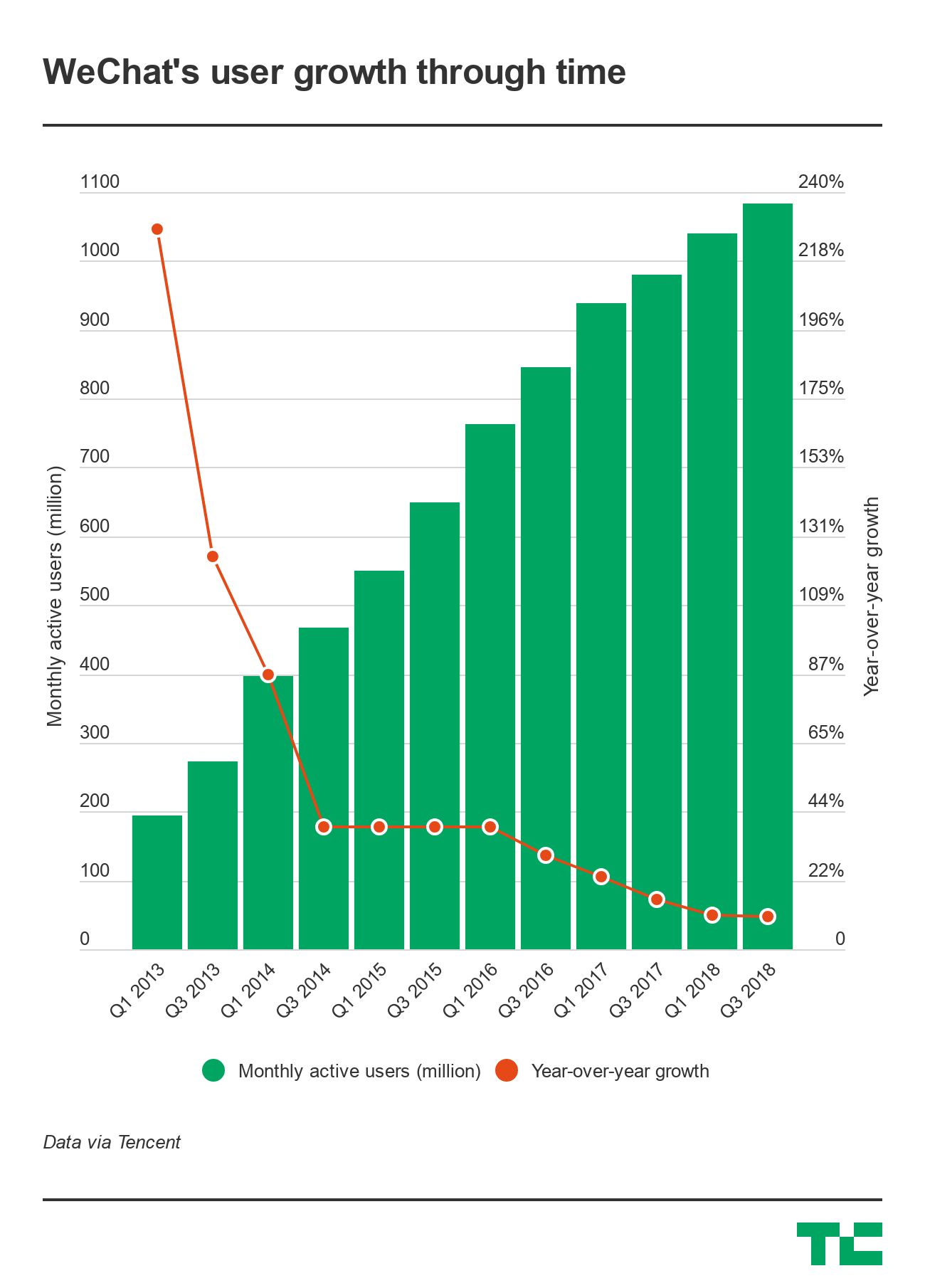 That’s a tough sell, though, for WeChat is anything but a disposable tool. The app now boasts more than 1 billion daily users; 750 million of them open WeChat Moments, a scrolling feed of friends’ updates, each day, during which they check it more than 10 times. User growth is cooling, but that’s expected, given the super app’s enormous base. In addition to being a social network, the juggernaut has also devised a host of new features that may generate more eyeball time — and help it maintain meaningful growth.

Two years ago, WeChat made a move that would speed up its evolution from a simple app into an all-in-one platform. It rolled out so-called mini programs, which are stripped-down versions of native apps with only core features in exchange for smaller size and quicker access. To date, there are more than 1 million such lite apps and 200 million people access them every day, an achievement that inspired other tech giants to follow suit.

Zhang said from the outset that mini apps weren’t meant to replace regular apps, for the latter provide a more complete user journey. In effect, mini apps are getting more powerful as they further integrate with chats and gain new capabilities, such as an upcoming Siri-like voice assistant. Mini programs are also making inroads into the offline world, facilitating transactions like scan-to-pay at subway turnstiles, all without the fuss of app downloads.

There’s no mini-program “store” at the moment, but a less conspicuous infrastructure is taking shape. Users can already look up mini apps on WeChat’s internal search engine and may soon be able to rate them, according to Zhang. WeChat will in turn factor those reviews into search results, akin to how the App Store works. 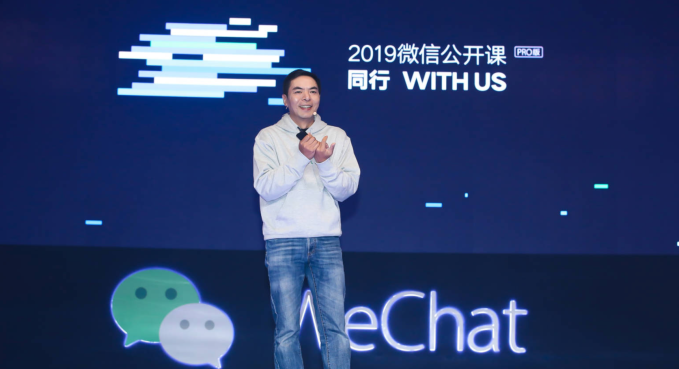 Whether mini programs threaten the existing app ecosystem is disputed, but one thing is certain: They have a strong appeal to those without the capacity or need to build full-size apps, like a teacher who wants a tool to broadcast announcements to parents. There may be only a few dozen users, so a lightweight, easy-to-build app makes more economic sense.

Governments have also warmly embraced WeChat as part of a national effort to streamline public services. Anyone who’s lived in China would dread its red tape. Mini programs are digitizing many tasks that traditionally required numerous visits to government offices, such as renewing one’s Social Security card.

While public services may not be a big revenue driver, they do boost users’ dependence on WeChat. Alibaba’s digital wallet Alipay also offers a plethora of public services, though many are limited to payments. “After all, WeChat has more use cases, from social networking to payments, so local governments find it closer to people’s lives,” a third-party mini program developer for government services told TechCrunch, asking not to be named because the person wasn’t allowed to discuss the matter publicly.

The world is watching for when China’s most used app will hit its wall on user growth. WeChat hasn’t seen much momentum overseas, except among Chinese expats and outbound tourists. Back home, senior users are fueling its growth. Indeed, 65 million of WeChat’s monthly users are now over the age of 55, the app’s fastest growing cohort. Many of them turn out to love mini games, which are part of the mini-program universe. These games, which tend to be casual and easier to play than PC or mobile app games, have surpassed 400 million monthly users. For some context, China reached an estimated 700 million mobile game population in 2018, according to market research firm iResearch.

Curiously, WeChat hasn’t pushed monetization aggressively despite commanding a gigantic user base. Zhang has reiterated that monetization isn’t his priority, but changes are underway. WeChat is planning to add more advertising inventories to mini apps in 2019, executive of WeChat open platforms Du Jiahui said during the event. Tencent earnings show that lite apps and Moments are already driving advertising revenues for the company over the last few months. Tencent is also under pressure to find alternative monetizing channels as its core revenue driver — video games — took a hit amid an industry shakeup last year, prompting the firm to place more focus on enterprise-facing businesses.