An intriguing new startup is out from under the radar in Southeast Asia after BasisAI, a Singapore-based company, revealed itself this week. The startup disclosed a seed investment from two prestigious investors in the region and some impressive credentials to back it up.

Started by twin brothers Linus and Silvanus Lee and Liu Feng-Yuan — all Singapore nationals — the startup is, as the name suggests, focused on AI… but the exact scope of its business is not yet clear. In a phone interview with TechCrunch, the founders explained their goal is to work with enterprises to help scale data projects and give artificial intelligence and machine learning increased accountability.

“We see a problem within a lot of enterprises with data; they are keen to scale and take their innovation and lab experiments into production and reality,” Silvanus Lee explained. “What we’re trying to tackle is to make AI scalable and accountable.”

That, Lee continued, is important for reasons that include refining results produced by AI systems, explaining how AI products work to stakeholders and users, as well as, of course, allowing companies to operate systems at large scale. The initial focus is Singapore, a prime location for enterprises and corporates in Southeast Asia, the founders added.

That’s about all we know about the business so far; despite coming out of stealth mode, a lot of information is being kept private, including the exact size of the team — we are assured, though, that it’s “lean.” The startup did confirm, however, that it raised a $6 million seed round from marquee investors Temasek, the Singapore sovereign fund, and Sequoia India, the branch of the U.S. firm that handles deals in India and Southeast Asia.

Lee said they spoke to a range of investors and chose these two for the strategic value they bring to the table, particularly in Singapore.

Those are indeed impressive backers — Temasek, in particular, isn’t known for doing seed-stage investments — and that is likely down to the caliber of the founding team as much as their (mysterious) vision.

The Lee brothers are both Singaporeans returning home from Silicon Valley, where they worked with major tech firms. Silvanus spent seven years in the Bay Area with Dropbox and then Uber, where he was a director of data science, and Linus spent six years at Twitter in California before relocating to Singapore in 2016 to lead the social media firm’s data science team in Asia Pacific.

Matched with those tenures at top tech firms, meanwhile, is Liu, who has spent significant time working within the Singapore government. That has included stints with the Land Transport Authority (LTA) and on the Ministry of Trade’s Advisory team before nearly five years with GovTech Singapore, an agency under the Prime Minister’s office. 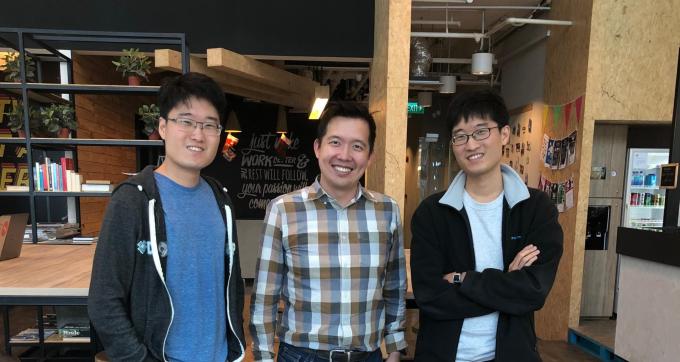 It’s the kind of “dream ticket” that you’d imagine Singapore has dreamed of: two students who cut their teeth in Silicon Valley matched with another who has been part of the country’s digital push. (And, hey, twins, too!)

Still, it remains to be seen exactly what the company will bring to market.

Silvanus told TechCrunch that BasisAI is a product-driven company — as opposed to an agency-like outfit that advises enterprises — and he revealed that it has customers piloting deployments and software right now.

“Now it feels like the right time to come back and see if we can contribute to the tech ecosystem,” he said. “There’s a lot of world-class talent here, more so than ever before, and we feel like the time is right now to build a really high-caliber tech and engineering company.”

“We really want to help grow the ecosystem in Singapore,” he added.

Updated: Silvanus Lee’s years of experience at Uber and Dropbox.