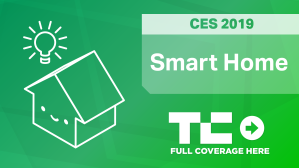 The company did, however, give a little stage time to its appliance line and, per usual, allotted some lip service to its ThinQ AI offering.

The company’s definition and use of artificial intelligence seems nebulous, at best from the outside. But LG, like many others, is convinced that the future of hardware is largely software based. As of this morning, that also extends to customer service.

In one of the more interesting tidbits announced during an otherwise fairly lackluster early morning press conference, LG announced ProActive Customer Care, a new ThinQ offering. Details are pretty scant at the moment, but LG claims that the technology is capable of detecting problems with home appliances before they happen — and alerting customers accordingly.

Sounds like a handy feature if it works as advertised. Actually pulling it off, however, involves a lot of moving parts — both literal and figurative. More details are likely coming later this year — and if we’re lucky, tonight at LG’s first-ever CES keynote.