My podcasting rig is simple: Two microphones, a Tascam recorder, two XLR cables. I’ve upgraded things a bit in the past year — improved the mics, bought some foam windscreens and bought a pair of tabletop, foldable mic stands. But the principle is the same: take nothing I can’t fit into a laptop sleeve.

It’s served me pretty well in the five years I’ve been doing my show. While friends were building soundproof posting studios in their homes, I went with a rig I could take with me. It’s a lot easier to ask someone to be on your show if you’re able to go to them.

Here’s a picture I took of comedian Hannibal Buress after recording an upcoming episode in my hotel room in Lagos, Nigeria. That’s my setup right there. It’s sitting atop my rolling luggage, which is turned upside down on a small hotel coffee table. Improvisation is key. 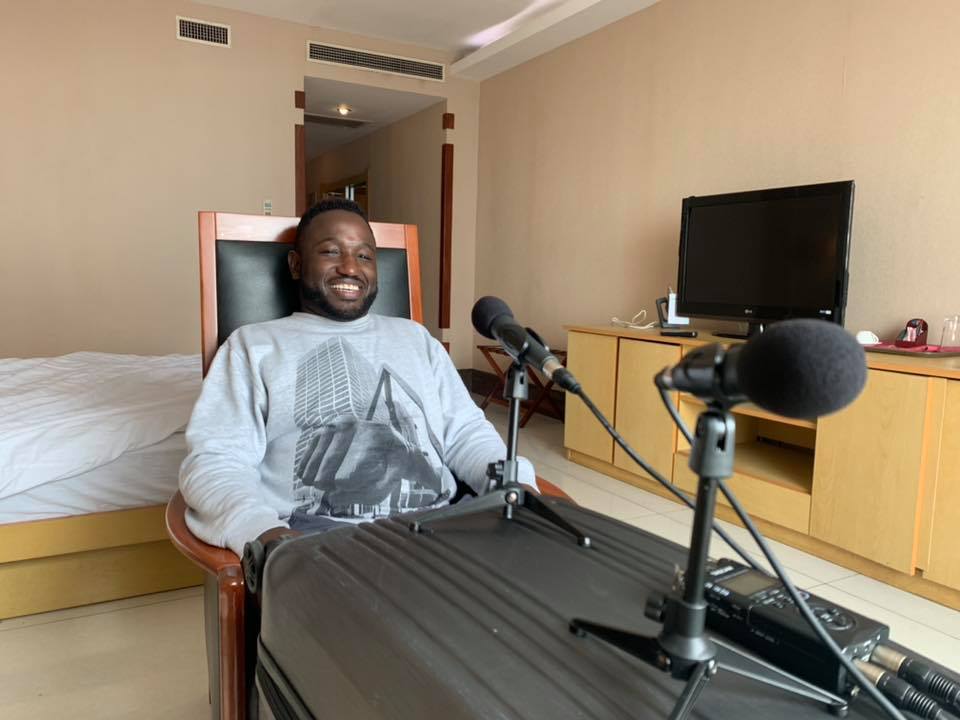 There are trade-offs, of course. Sound is a big one. The mics themselves are pretty crisp, but ambient noise is an issue. I’ve recorded a bunch of these in cafes, bars and restaurants. I tell myself it’s part of the charm. And, of course, with a Tascam, you don’t have the same sort of sophisticated control you get with a board.

Perhaps I’ve always secretly fantasized about what a home studio might look like. Cost has always been a factor, of course. These things add up like crazy. Also, the barrier of entry is needlessly complex. A handful of companies have looked to capitalize on the increasingly profitable world of non-professional podcasts. Blue has produced some pretty compelling USB-based stuff. For those who want to record multiple guests in the same room, however, things start to get much trickier.

I jumped at the chance to try out the Rodecaster Pro. From the looks of it, it just might be the ideal product to help home podcasters scratch that itch. The product is essentially a six-channel soundboard with self-contained production capabilities. The idea is to just record everything live to a single track that can be uploaded directly to your podcast server of choice. 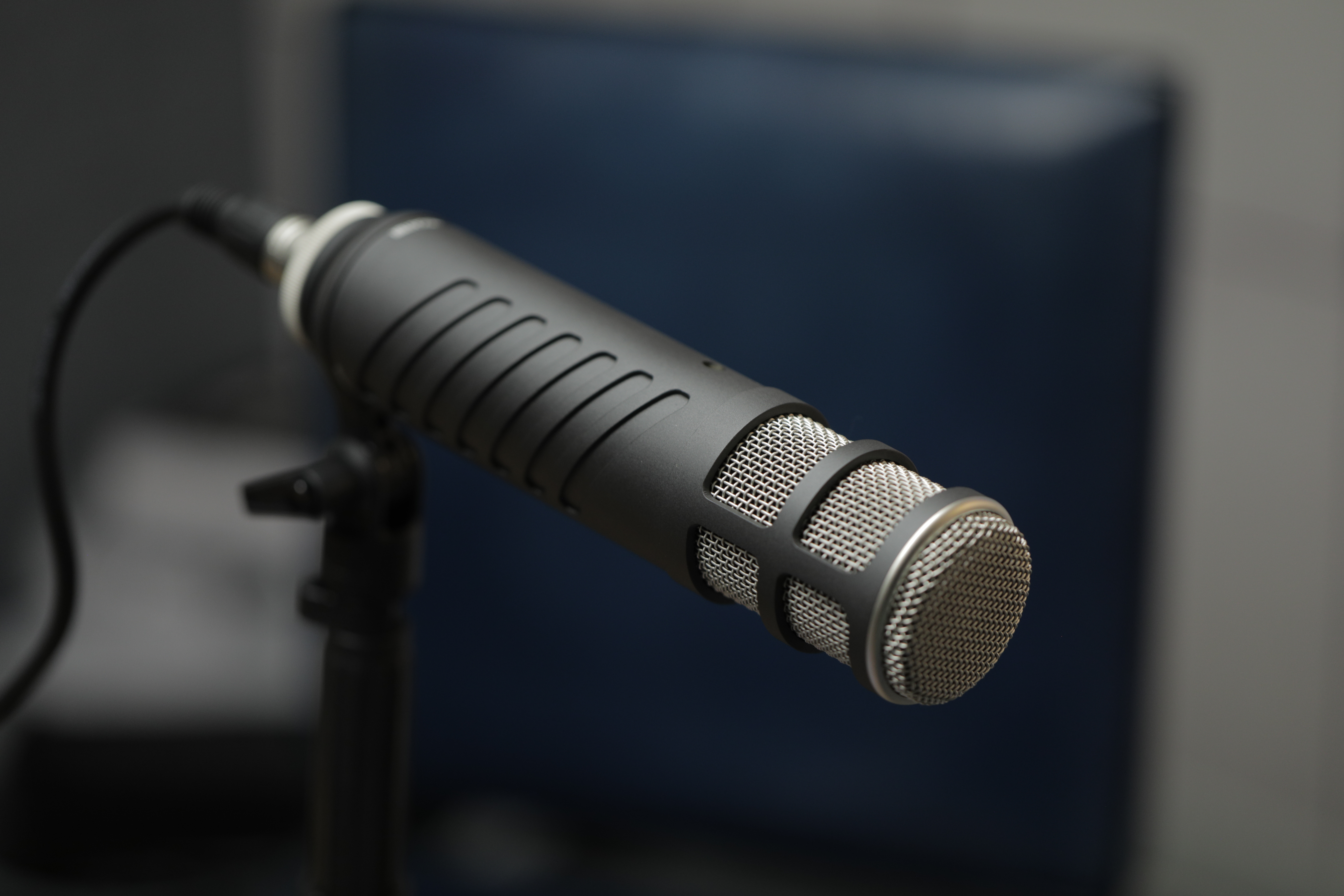 That includes everything from live mixing to an octet of sound pads you can use to trigger music beds and sound effects. Better yet, you can patch people in remotely by connecting a smartphone via hardwire or Bluetooth.

It’s a really lovely piece of hardware. I showed it to a few folks during setup, and everyone was impressed by the look of the thing, from the pro knobs to the brightly illuminated sound pads with customizable colors.

There’s a small touchscreen display at the top of the board that serves both as a way to gauge levels and navigate various settings. Essentially it serves as a way to bypass the computer entirely, once you’ve finished the setup process. The Rodecaster operates on a similar principle as much of anchor.fm’s offerings, giving users the path of least resistance to bringing a podcast to life. 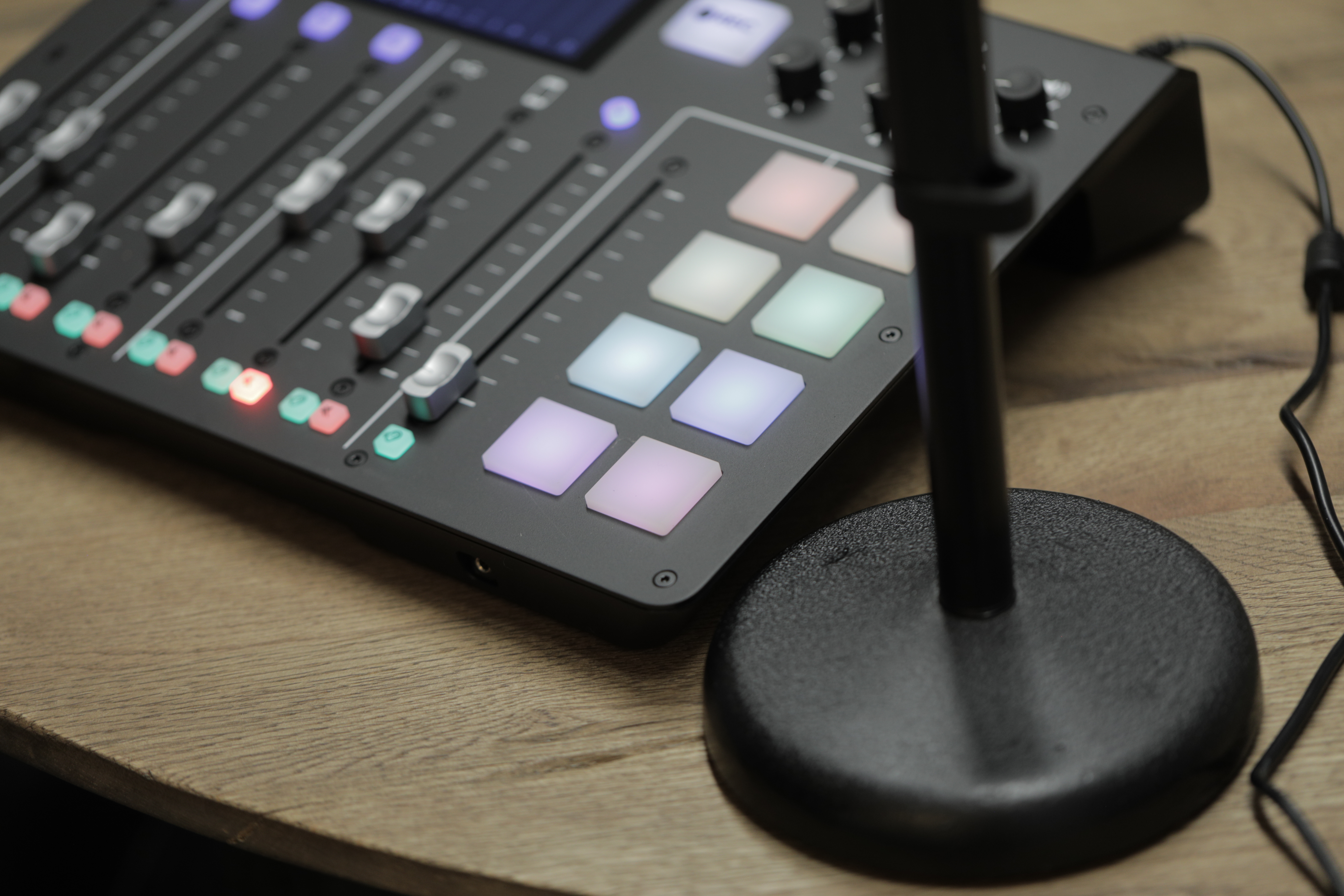 It’s an admirable goal, especially in the world of podcasting, where content democratization is supposed to be a guiding principle. And certainly setup is painless, so far as mixing boards go. I had to fine-tune and troubleshoot a few things to get it up and running, but within an hour or two, everything was perfectly set up and running.

The downside to that level of simplicity, however, is that it removes the ability to fine-tune some key parts of the process. The most glaring omission is multi-track recording. Sure, you can record four people on mics and a fifth on a phone call, but it all records to the same track. That’s fine and dandy if you want something quick and dirty (as, granted, some podcasters do), but I’m a proponent of editing.

If you’re trying to make it sound professional, you’re going to want to cut it down. Even as someone whose podcast often runs in excess of an hour, I still find I spend much more time chopping the show up in Audacity than I do actually recording. It sucks, but that’s what you need to do if you want it to sound half decent.

Even if you’re not editing for content, at least cut the “uhms” and “ahs” and all of those bits where everyone talks over each other. That’s a hell of a lot easier to do when you’re operating with multiple tracks. I realize not everyone feels that way, but the option would be nice. 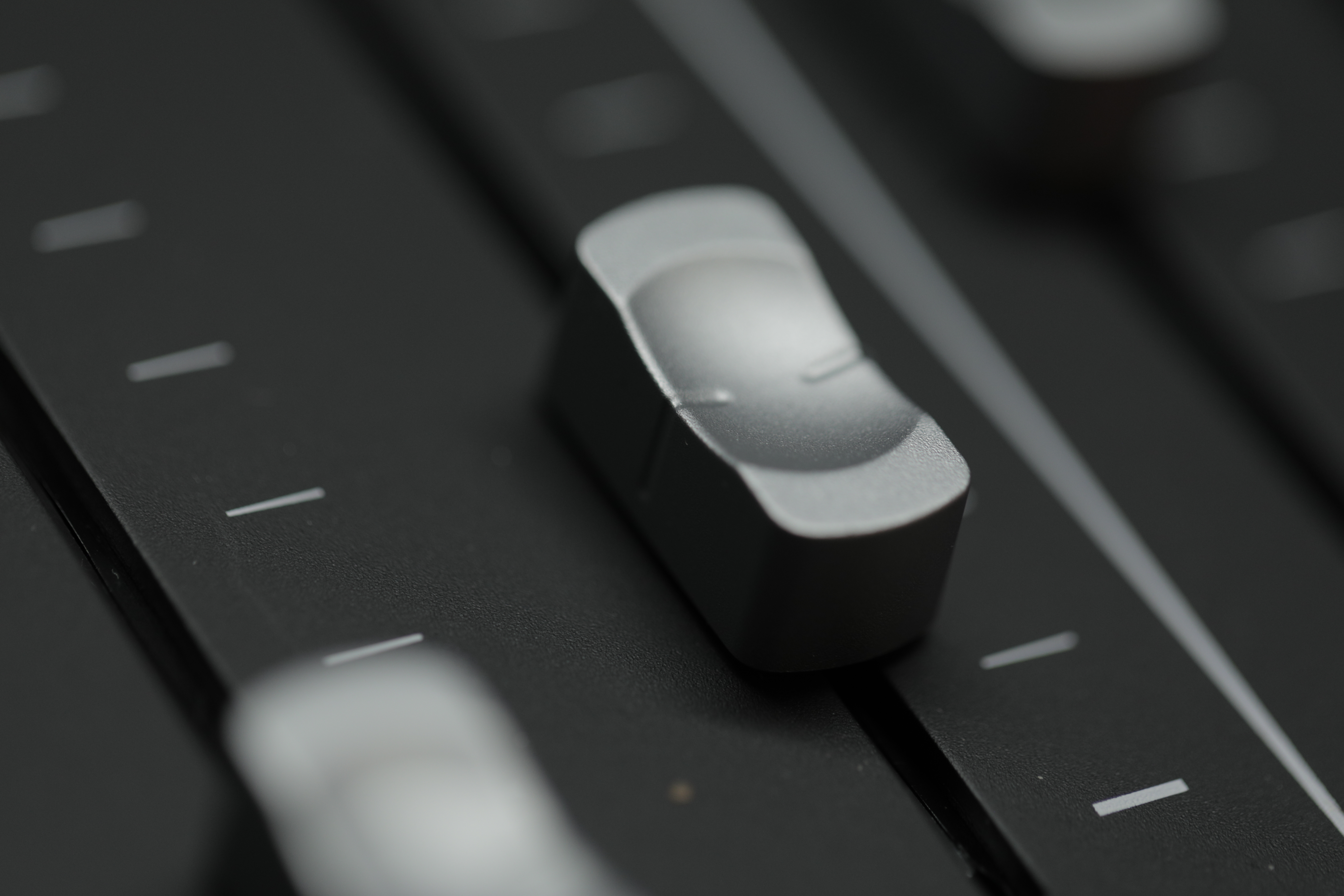 Setup mostly consists of unboxing and plugging in cables. Rode sent up a deluxe edition in a giant backpack that also included a pair of its Podcaster microphones and large, heavy stands. You’ll need to go through a couple of screens to set up odds and ends like time and date and to pair it to your phone, if you plan to go that route.

I tethered the board to my laptop during setup, in order to customize the sounds. It comes preloaded by default with applause, laughter, a rimshot and the like — it’s the Morning Zoo Crew package. I tossed in an intro and outro song and a couple of custom effects for good measure (Reggaeton air horn and Nelson from The Simpsons, naturally).

There’s a total of 512MB of storage, so you can add longer tracks as well, associating them by dropping them onto the corresponding pads on the desktop app. Check the levels, pop in a microSD card for recording and you’re off to the races.

I’ll admit that I ran into a couple of hiccups with things like phone audio through the board. Also, the rear headphone jacks require an adapter if you want everyone to hear themselves and the sound effects. Seems like an odd choice, given the novice target audience. Especially since the front cans use a standard jack size. 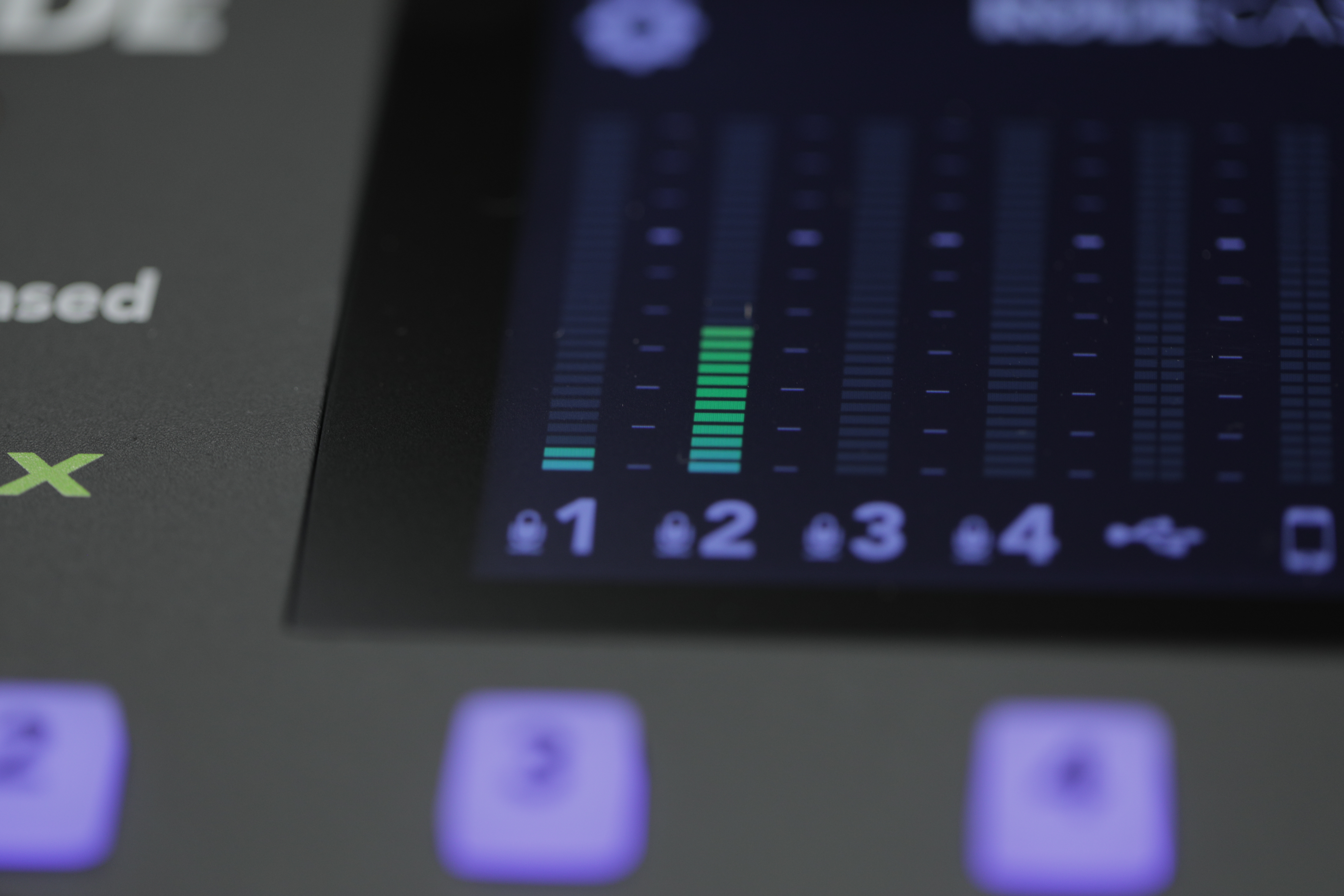 Original Content records its weekly episode on Fridays, so the timing worked out perfectly to test the thing out. Anthony and I set up mics across the table from each other and we beamed Jordan in via phone.

I hit record, tapped the intro music and we were off. Somewhat annoyingly, the buttons can only trigger the sounds, but not turn them off. That’s great for something like the air horn (for ironic comedic effect only, I swear), but less great with music. You’ll want to edit that down to the length you need it, otherwise you’ll end up potting down the fader, effectively losing that channel until it’s finished playing. The ability to see how much time is remaining on each track would have been a nice touch, but it’s not crucial here.

Once everything was up and running, we didn’t run into any issues for the hour and change we spent recording (aside from me riding the sound effect board a little too hard, perhaps). We finished recording, popped out the card and transferred the files. Boom, podcast. 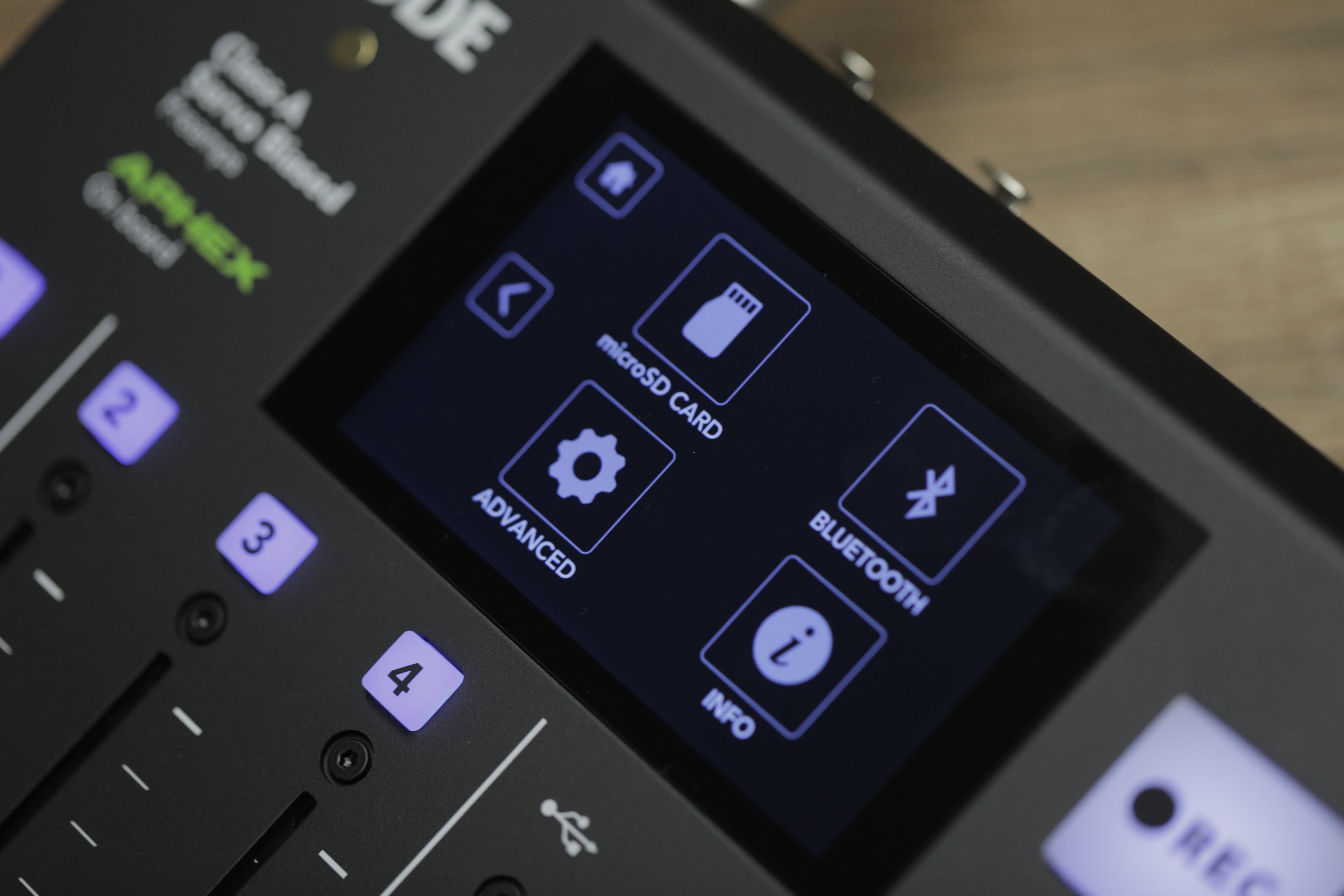 The sound quality on the Rode mics is really terrific — borderline studio-quality stuff. The episode will be up in a few days, so you can judge for yourself. The sound on Jordan’s phone connection isn’t great, but you can’t really fault Rode for the poor state of cellphone call quality these days.

The Rodecaster Pro does exactly what is says on the box — and does most of it quite well. As someone who operated a board back in my radio days, I got back into the swing of things almost immediately. I’d forgotten how much I’d enjoyed going through those motions in the intervening years. And the ability to actually do a show face to face brings a level of energy and understanding you lose when relegated to Skype. 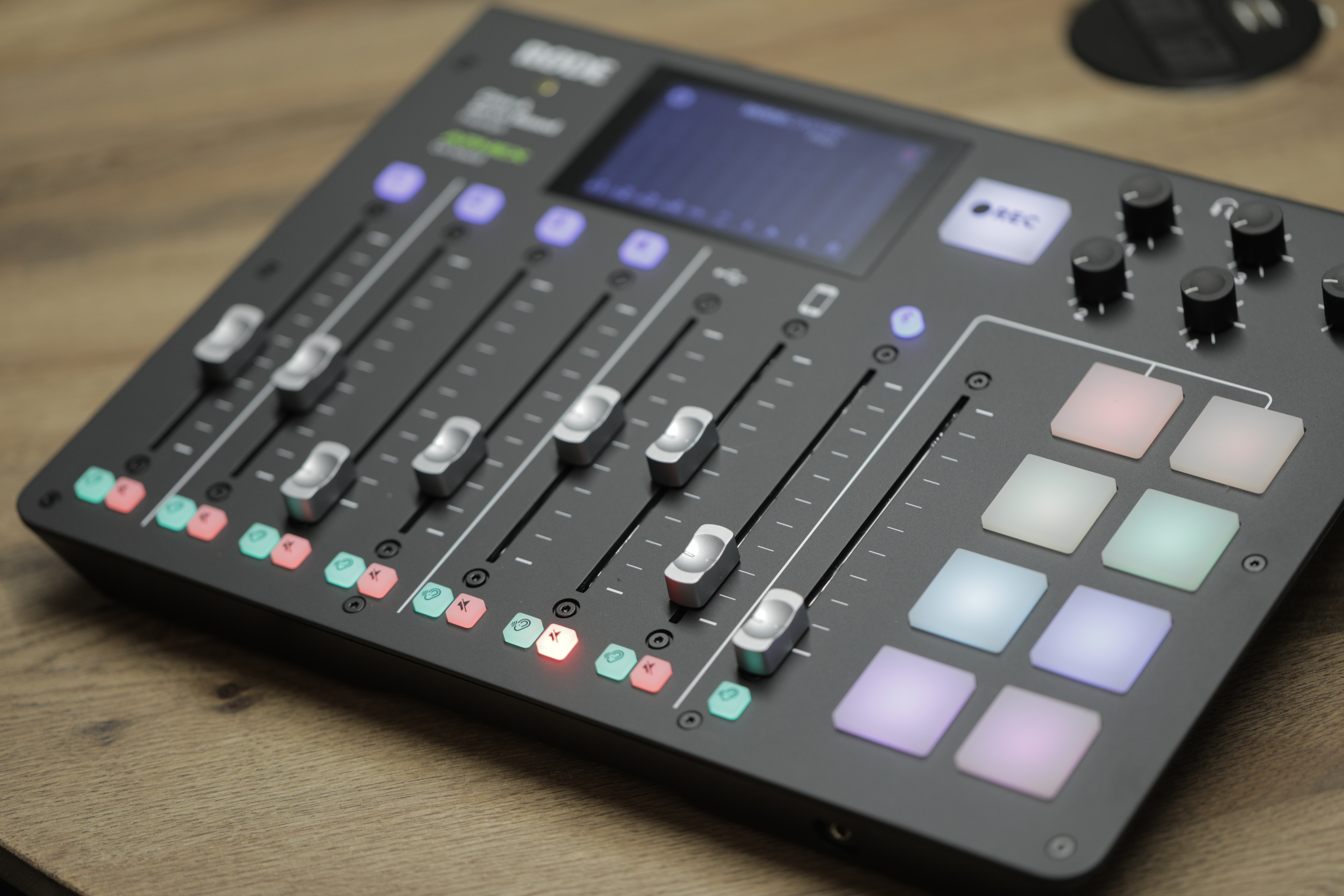 Bottom line: $600 for the board alone is going to be prohibitively expensive for many novice podcasters. But for a select few looking to start down the path to serious podcasting, this will really hit the sweet spot and up your game with the press of a button.