Before we send any planet-trotting robot to explore the landscape of Mars or Venus, we need to test it here on Earth. Two such robotic platforms being developed for future missions are undergoing testing at European Space Agency facilities: one that rolls, and one that hops.

The rolling one is actually on the books to head to the Red Planet as part of the ESA’s Mars 2020 program. It’s just wrapped a week of testing in the Spanish desert, just one of many Mars analogs the space program uses. It looks nice. The gravity’s a little different, of course, and there’s a bit more atmosphere, but it’s close enough to test a few things.

The team controlling Charlie, which is what they named the prototype, was doing so from hundreds of miles away, in the U.K. — not quite an interplanetary distance, but they did of course think to simulate the delay operators would encounter if the rover were actually on Mars. It would also have a ton more instruments on board.

ESA shows off sweet new renders of the Exomars 2020 rover

Exploration and navigation was still done entirely using information collected by the rover via radar and cameras, and the rover’s drill was also put to work. It rained one day, which is extraordinarily unlikely to happen on Mars, but the operators presumably pretended it was a dust storm and rolled with it.

Another Earth-analog test is scheduled for February in Chile’s Atacama desert. You can learn more about the ExoMars rover and the Mars 2020 mission here. 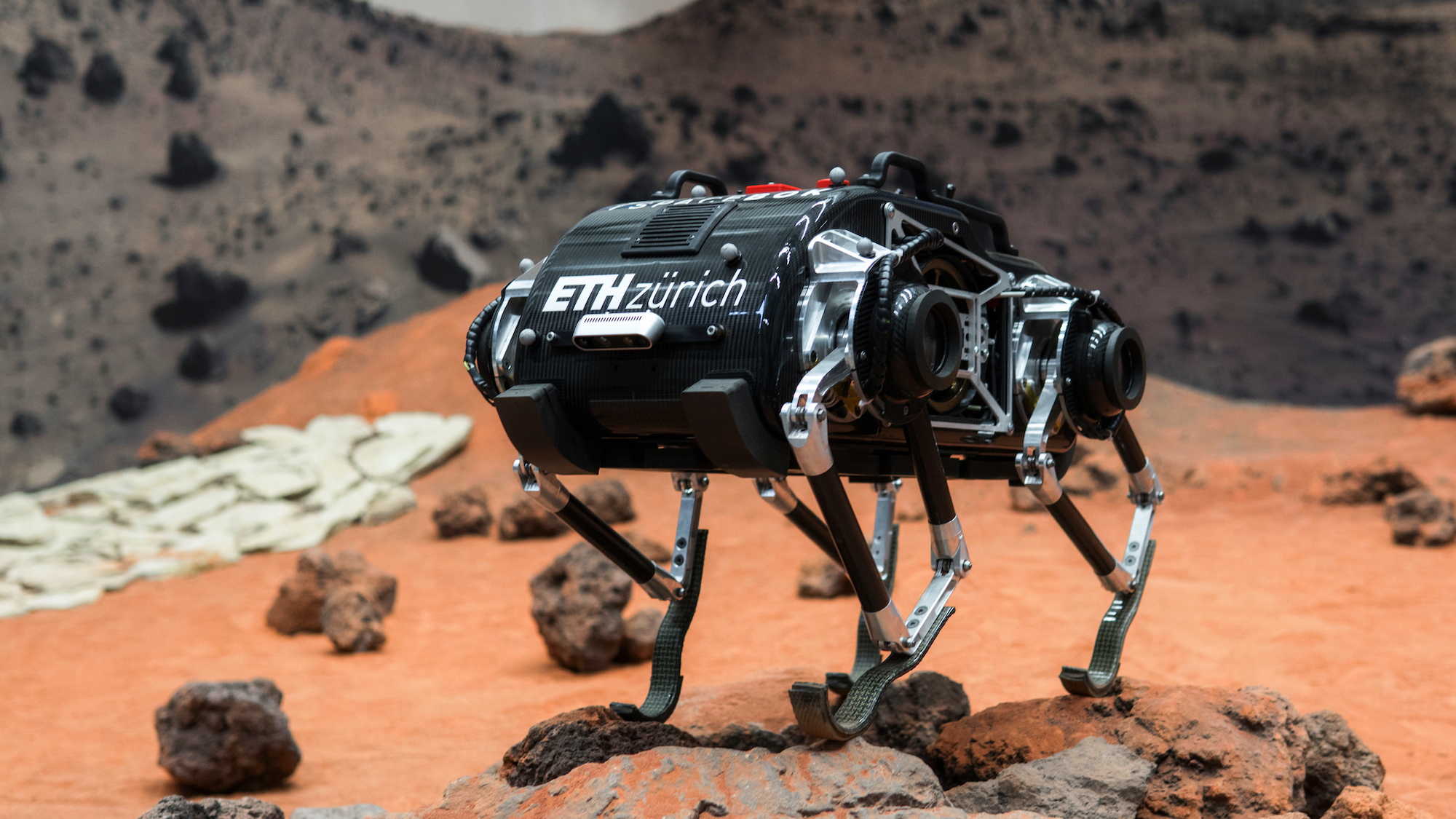 The other robot that the ESA publicized this week isn’t theirs but was developed by ETH Zurich: the SpaceBok —  you know, like springbok. The researchers there think that hopping around like that well-known ungulate could be a good way to get around on other planets.

It’s nice to roll around on stable wheels, sure, but it’s no use when you want to get to the far side of some boulder or descend into a ravine to check out an interesting mineral deposit. SpaceBok is meant to be a highly stable jumping machine that can traverse rough terrain or walk with a normal quadrupedal gait as needed (well, normal for robots).

“This is not particularly useful on Earth,” admits SpaceBok team member Elias Hampp, but “it could reach a height of four meters on the Moon. This would allow for a fast and efficient way of moving forward.”

It was doing some testing at the ESA’s “Mars Yard sandbox,” a little pen filled with Mars-like soil and rocks. The team is looking into improving autonomy with better vision — the better it can see where it lands, the better SpaceBok can stick that landing.

Interplanetary missions are very much in vogue now, and we may soon even see some private trips to the Moon and Mars. So even if NASA or the ESA doesn’t decide to take SpaceBok (or some similarly creative robot) out into the solar system, perhaps a generous sponsor will.