Logitech, the manufacturer best known for its computing peripherals like keyboards and web cameras, is in talks to buy Plantronics, a maker of Bluetooth-enabled headsets, according to Reuters.

The company is reportedly offering as much as $2.2 billion for Plantronics, according to the Reuters report, in what would be Logitech’s biggest acquisition to date.

Driving the consolidation push is an effort by both companies to cut costs as tariffs on imports from China could eat into their margins or force them to raise prices for consumers against a backdrop of increasing competition from a number of different vendors.

Reuters is reporting that the deal between the two companies could be finalized as early as next week.

We’ve reached out to both Logitech and Plantronics for comment and will update this story when we hear back.

News of the deal sent Plantronics shares up in after-hours trading on the New York Stock Exchange. 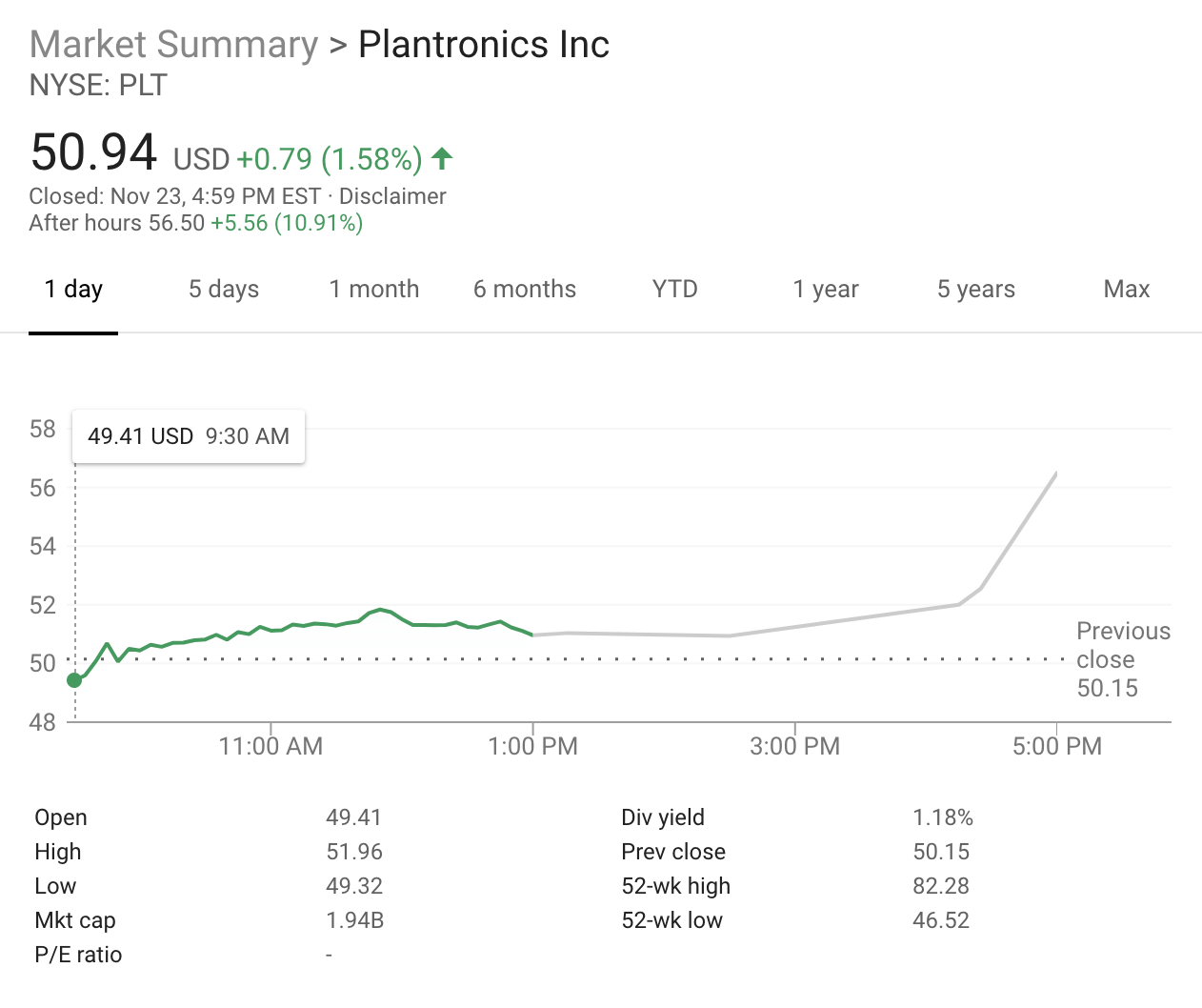 Both Logitech and Plantronics have been active acquirers in the past year. Most recently, Logitech acquired the Blue Microphone business, which made popular podcasting microphones like the Yeti and Snowball.

Meanwhile Santa Cruz, Calif.-based Plantronics bought Polycom in a $2 billion transaction earlier this year. The company, which started out making headsets for airline pilots and later sold equipment to the National Aeronautics and Space Administration, has struggled with low-cost competitors and new entrants into the headset market (like Apple).