Roku is expanding its lineup of streaming media players in an attempt to bring down the cost of 4K-ready devices, and plug every hole in the market. The company announced this morning the launch of two new devices, the Roku Premiere and a Walmart exclusive version, the Roku Premiere+.

Previously, Roku’s lowest price 4K-ready device was the $70 Roku Streaming Stick+. Now, through the Premiere line, it offers 4K players that start at $40.

The Premiere ($39.99) sports a quad-core processor, and supports streaming content in HD, 4K, and 4K HDR. It also ships with an HDMI cable, IR remote, works over 802.11 (b/g/n) Wi-Fi, and offers Dolby and DTS Digital Surround pass through over HDMI.

The Premiere+ ($49.99) offers the same, except that it includes Roku’s voice remote with the TV power and volume up and down buttons. 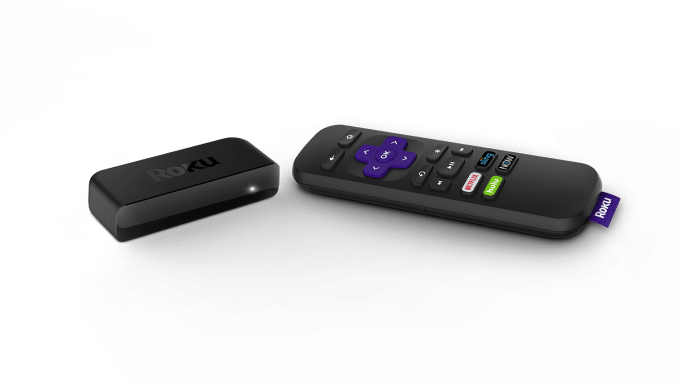 And both will have access to Roku’s 4K Spotlight channel from the Roku home screen, where you’ll find a round-up of TV shows and movies filmed in 4K Ultra HD.

“We think that this fall is definitely going to be a 4K holiday,” says Mark Ely, Roku’s Vice President of Product Management, in a call with TechCrunch. “[Analyst at IHS] are saying roughly 24 million 4K panels will ship in 2018 and that 97% of TVs 55 inches or the larger will be 4K. Also, the content is beginning to show up to go along with that – Netflix Originals, Amazon Prime Video, and certainly first-run Hollywood movies on Vudu,” he adds. “There’s a lot of 4K content.”

In addition to the launch of the new players, Roku is also improving its high-end Roku Ultra ($99.99) device, which will now ship with JBL headphones included in the package for the same price. 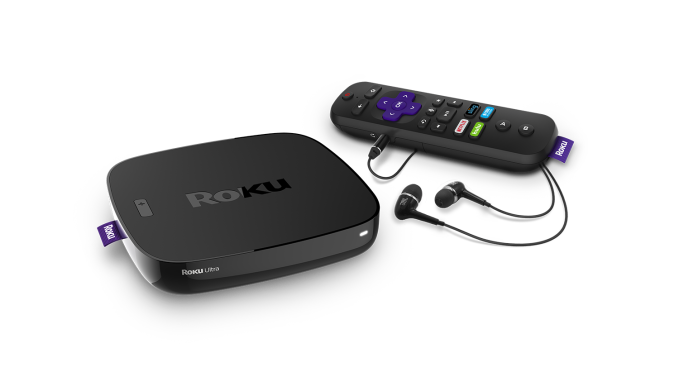 The Roku Premiere is available for pre-order on Roku.com today, and will also be available at major retailers along with the Ultra in early October. The Roku Premiere+ will be exclusive to Walmart stores and Walmart.com.

Alongside the news of the new devices, Roku also today announced Roku OS software updates – Roku OS 8.2 for Roku TVs and Roku’s wireless speakers, and Roku 9.0 for its other devices.

The 8.2 release adds supports for launching and controlling iHeartRadio, Pandora, and TuneIn using voice commands. It has also added other improvements, like boosting voice frequencies for better speech clarity and and automatic volume leveling feature to create uniform sound across content (no more blaring commercials or movies that go from quiet to loud, requiring constant fiddling with the remote control).

Spotify is also returning to Roku with 8.2 with an updated app users can launch with a remote, as well as via Spotify Connect – the feature that lets them control Spotify on a laptop, tablet, or mobile phone but stream through the Roku.

Meanwhile, Roku OS 9.0, which is arriving on Roku streaming players ahead of Roku TVs, also adds Spotify, automatic voice leveling, and a new way to search for free content by voice. (e.g. “show me free comedies” or “free dramas,” etc.) Roku OS 8.2 is coming to Roku TVs now as a staged rollout that completes in November. Roku OS 9.0 will roll out to streaming players in early November, then hit Roku TVs in Q1 2019.

In addition, Roku says it will soon add support for controlling its devices through Google Assistant.

Roku’s strategy with its devices it to make sure there’s a model for everyone, whether it’s an entry-level streamer for those just testing the waters, or a premium device for those who want added bells and whistles – like Roku Ultra with its lost remote finder function and extra ports.

The company is now one of the top streaming media device makers on the market, as a result.