When it comes to public areas where you are most free to surrender self-awareness and self-consciousness, lounging on a multi-hour airline flight is probably prime territory. Coincidentally, it’s also a venue where virtual reality companies see an opportunity to open people to a world of VR content.

Today, Alaska Airlines announced that it will be partnering with Skylights to bring the startup’s latest hardware to a couple of its routes in a pilot (ha) program.

Skylights launched out of Y Combinator’s accelerator a couple of years ago with the focus of making VR the go-to entertainment choice for airline passengers. This is the startup’s first partnership with an airline in the U.S.; they’ve preciously worked with European airlines including Emirates and XL Airways.

If you’re sitting in coach, sadly the good virtual life is out of reach, as the service is only being rolled out to first-class passengers seated on Alaska Airlines’ Seattle-Boston and Boston-San Diego routes. 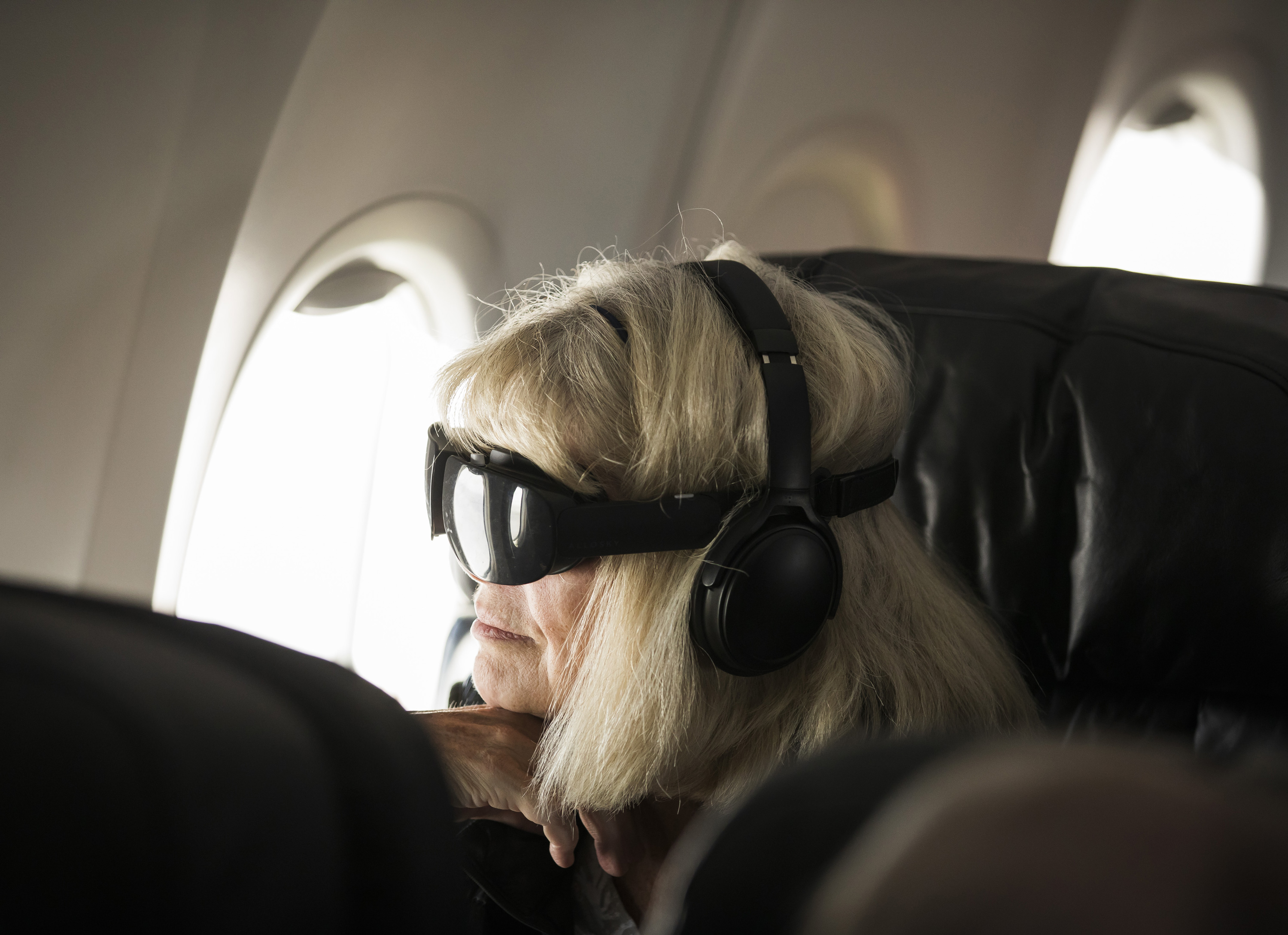 The new “Allosky” hardware is pretty compact. It’s designed for watching 2D and 3D movies mostly, though you’ll also be able to watch some 360 content. It’s pretty slick for mobile VR hardware even if it’s still pretty conspicuous. While the last generation looked like a pretty standard Gear VR, the new generation leans into the sunglasses style even if they still fall a bit short of that size.