In the 20 years since Movile launched its first technology services in 1998, the technology industry in Latin America has exploded. 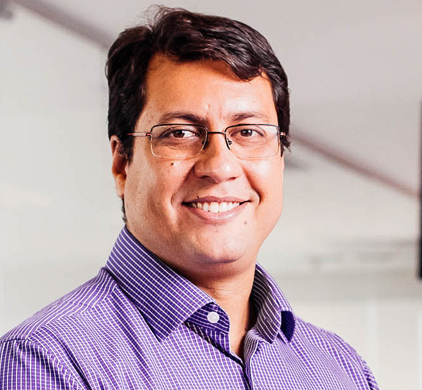 Technology startups have gone from being an afterthought to being at the forefront of the economic changes sweeping through the region. And Movile’s digital marketplaces, delivery services and investment capital (powered by Naspers) have, in many ways, led the charge.

At our Latin America Startup Battlefield event, Movile chief executive officer Fabricio Bloisi will walk us through two decades of digital transformation and technology development in the region.

Earlier this year, Bloisi’s company landed a $124 million commitment led by Naspers to continue its efforts to build a pan-Latin American juggernaut providing a range of mobile marketplace services.

As we wrote earlier, Naspers’ investments in Movile (supplemented by co-investors like Innova, which participated in the most recent round) have been one of the driving forces sustaining the Brazilian startup community. In all, the South African technology media and investment conglomerate and its co-investors have invested $375 million into Movile over the course of several rounds that likely value the company at close to $1 billion.

Since Movile’s rise, players like Rappi, in delivery, Nubank, a Brazilian financial services startup, and 99 Taxi have become billion-dollar companies in their own right, but in many ways, Movile set the stage.

It’s against this backdrop that Bloisi will walk attendees at our inaugural Startup Battlefield Latin America event through the perils and promise of starting up a tech business in the region.

We’ll look forward to seeing you there. Pick up your free tickets here.