Plex today announced it’s shutting down its troubled Plex Cloud service, via a forum post that hasn’t found its way over to the company’s official blog — likely a choice the company made in order to downplay the news, or avoid media scrutiny. Plex Cloud, launched in fall 2016, was meant to serve as a way for Plex customers to save their files to online storage services like OneDrive, Dropbox and Google Drive, instead of having to host their saved files locally on their own machines or network-attached storage devices.

But now that will no longer be an option, as the service will stop functioning on November 30, 2018, Plex says.

Plex Cloud had struggled from the beginning with technical issues.

Almost immediately, its debut launch partner, Amazon, stopped working with Plex Cloud. Users were complaining that Amazon Drive files couldn’t be accessed and wondered if Amazon was imposing upload limits. There were also concerns that Plex Cloud users whose libraries included pirated movies and TV shows could be putting themselves at risk by publishing those files to the cloud.

Unlike Plex’s Cloud Sync, which syncs select local media to the cloud to access when the local server was offline, Plex Cloud is a full-fledged Plex Media Server in the cloud. That meant the media was hosted independently of local storage, and was transcoded for compatibility with Plex player apps, as needed. 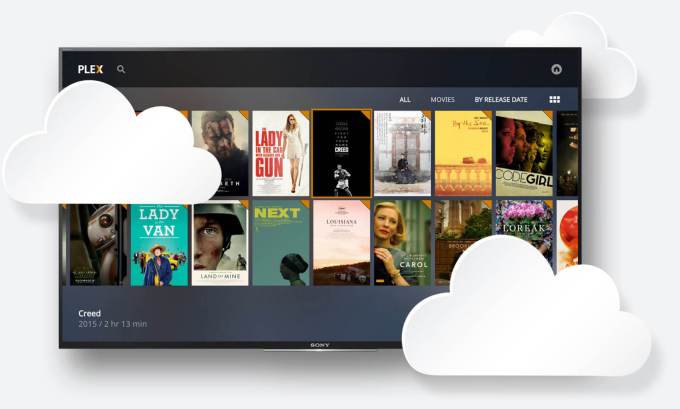 The company admitted last March the problems it was having were very difficult.

“It’s definitely not a trivial thing to take the best media server on the planet and make it work seamlessly as a scalable cloud service, load-balanced and clustered across multiple geographic regions. It turns out a lot can go wrong,” a blog post then admitted.

In February 2018, Plex announced it would disable new server creation for Plex Cloud users — something it said it had to do while “working to address challenges with performance, quality, and overall user experience inherent with cloud provider integrations.”

At the time, it said it would “evaluate the long-term plan for the service.”

The subtext, of course, was that Plex Cloud may be shut down if Plex couldn’t figure out how to overcome the technical issues.

Plex says it tried to address the issues that came up while keeping costs under control, but hasn’t found a solution.

We’ve made the difficult decision to shut down the Plex Cloud service on November 30th, 2018. As you may know, we haven’t allowed any new Plex Cloud servers since February of this year, and since then we’ve been actively working on ways to address various issues while keeping costs under control. We hold ourselves to a high standard, and unfortunately, after a lot of investigation and thought, we haven’t found a solution capable of delivering a truly first class Plex experience to Plex Cloud users at a reasonable cost. While we are super bummed about the impact this will have on our happy Cloud users, ending support for it will allow us to focus on improving core functionality, adding new features and content, and delivering on our mission to provide a world-class product that we can all rely on and enjoy.

On November 30, 2018, Plex Cloud users will no longer be able to access their cloud server. That means customers who want to continue to stream those files through Plex will need to download them locally on a media server or NAS device on their local network.

Plex, of course, will not delete the files you’ve uploaded to cloud services, like Dropbox or Google Drive. They will remain there as long as you have a subscription to those services.

While the loss of Plex Cloud will be upsetting to Plex users who were happily enjoying the service without issues, the company’s decision to shutter instead of solve the problems is indicative of the new direction Plex has been headed in recent months.

Originally a software application designed for hosting users’ personal media collections, Plex has since launched its own tools for watching live TV through an antenna and recording shows to a DVR in an effort to attract the growing number of cord cutters. It has also launched support of podcasts and rolled out personalized apps in order to bring in more mobile users.

It’s unclear how well Plex’s shifts have been working to attract new users and paying subscribers, as the company doesn’t break out the latter figure. As of May, Plex said it had 15 million registered users.