Update: This post has been updated to reflect that BlackRock’s votes were cast in the last shareholder meeting.

The world’s largest investor joined the chorus of voices pushing for a separation of powers at the electric vehicle, solar panel and battery manufacturer, Tesla, during the last shareholder vote at the company, Reuters reported earlier today.

Funds managed by BlackRock, a top 10 shareholder in the electric vehicle company run by Elon Musk (and the manager of roughly $6.3 trillion in global assets), joined calls for the creation of an independent chairman position at Tesla.

The shareholder initiative, which was solidly defeated, would not have affected Musk’s standing as chief executive.

News of BlackRock’s votes comes as a new article in The Wall Street Journal further underscores the autocratic ways in which Musk manages his electric vehicle startup, and highlights the singular grip Musk has on his companies and the public’s perception of them.

Elon Musk losing his temper and firing people on the spot is one of those anecdotes I’ve heard over and over again and never been able to stand up. Kudos to WSJ for nailing it down. https://t.co/vRYFtRM3UL pic.twitter.com/fTCc2zbtOq

While the technology industry is famously known for catering to the whims of authoritarian executives, Musk’s recent behavior on social media, with the press and in private has damaged the company’s stock price and caused some concern even within his own boardroom.

Warren Buffett has even weighed in on Musk’s social media use.

"I don't think it's helped him a lot," Warren Buffett says of Elon Musk's Twitter account. "I just think there's other things in life I want to do other than tweet." pic.twitter.com/EsIuysUBIQ

In an emailed statement to Reuters, which first noticed the filing, a BlackRock spokesperson said:

BlackRock’s approach to investment stewardship is driven by our fiduciary duties to our clients, the asset owners. Our approach to engaging with companies and proxy voting activities is consistent with our commitment to drive long term shareholder value for our clients.

Musk has had a particularly rough August since he first floated on Twitter, and then rescinded, a plan to take Tesla private.

Tesla shares are down roughly 1% in midday trading on the Nasdaq. 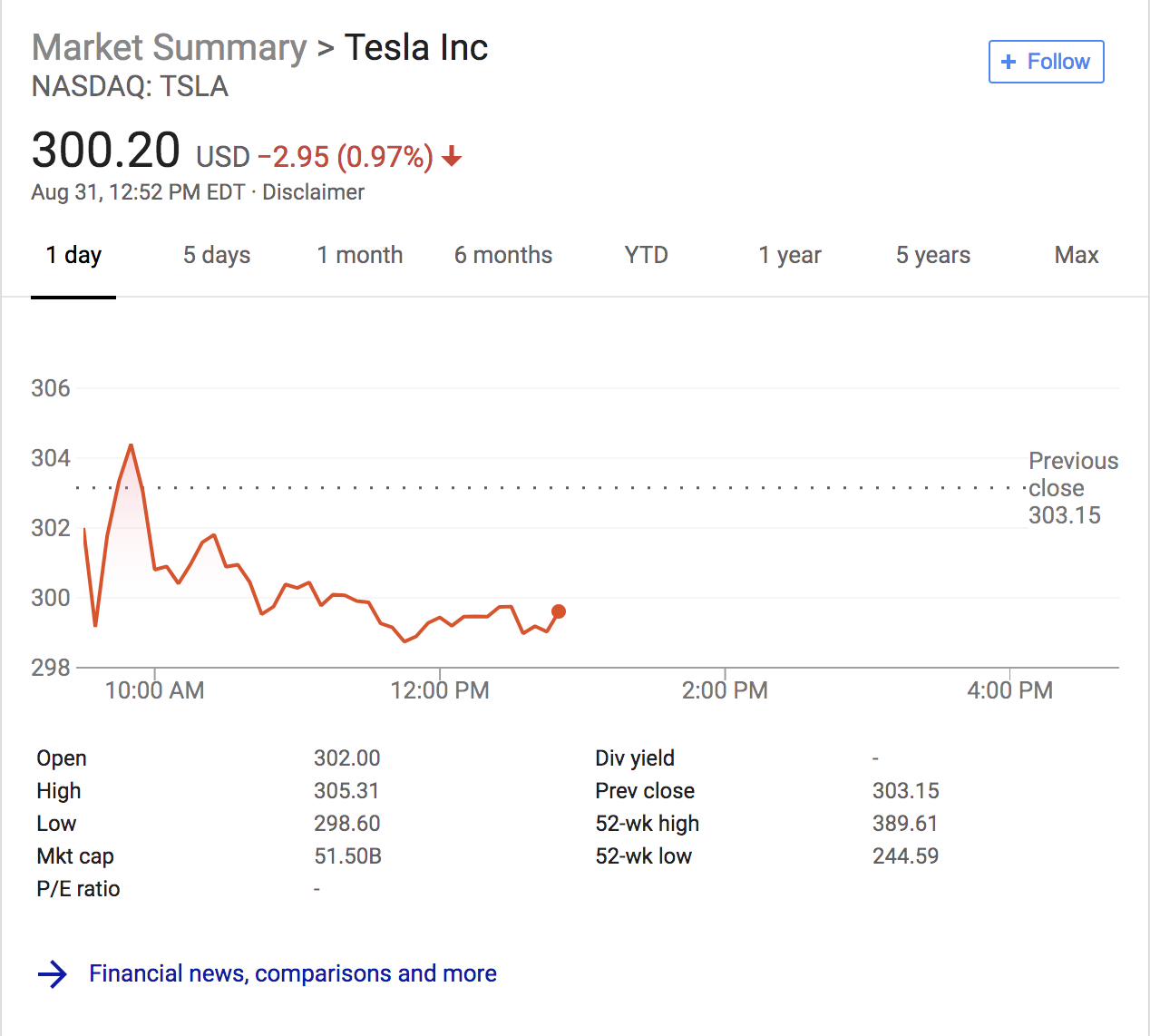