After the revelation that MoviePass href="https://future.techcrunch.com/2018/07/27/moviepass-outage/"> borrowed $5 million to keep its service up and running last week, things aren’t looking good.

MoviePass subscribers, myself included, were met on Monday with a blank screen where their choice of screening should be. Navigating around dozens of theaters only shows a message that “There are no more screenings at this theater today.”

Twitter noticed too, and people are starting to sound the death knell for the beleaguered monthly movie subscription service. Some MoviePass theaters that offer e-ticketing still appear to have available showings according to Twitter users, but that doesn’t appear to be true across the board. 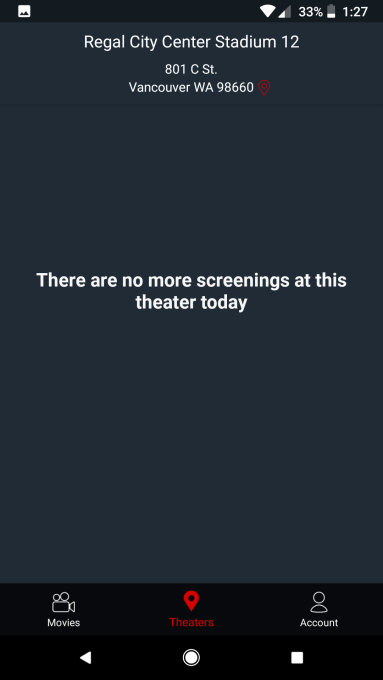 Plenty of companies fail, but few flail so publicly before doing so. MoviePass has dragged its subscribers on for its own apparent financial rollercoaster ride, switching pricing schemes around with bizarre frequency, adding surprise fees and suffering repeated outages.

We are very sorry to users having issues checking-in this evening. Some users have reported issues with card-based check-ins and we are working towards a fix on this technical issue. In the meantime, all e-ticketing remains fully functional.

On Monday, stock for MoviePass parent company Helios and Matheson Analytics (HMNY) plunged by a rather bleak 60 percent. 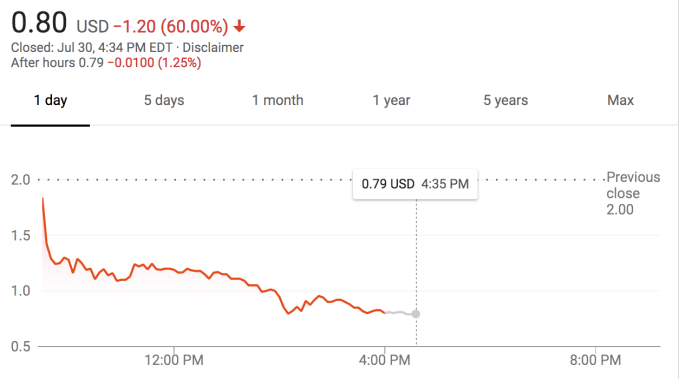 Competing services from Sinemia and AMC are moving into the space with seemingly less doomed business models, so for frequent moviegoers, that’s something to watch. Unfortunately, jumping ship from MoviePass is easier said than done, as many users have reported problems cancelling the service. (For the record, I just tried to cancel my subscription through the Android app and my own cancellation would not go through.)

Given the service’s unreliability and apparently shady cancellation practices, it wouldn’t be surprising to hear the FTC and other consumer protection groups getting involved.

Is this the end? Has MoviePass burned through its last stack of cash? Is it just a really popular day at the movies? The company hasn’t tweeted or provided any official updates yet, but if this isn’t the end, then it’s certainly near. 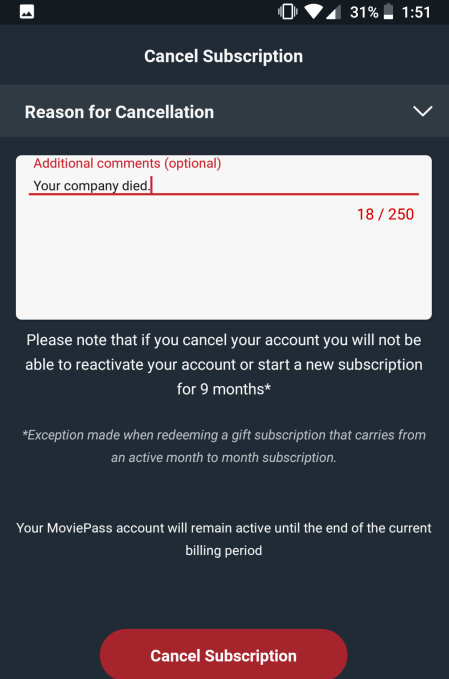