As with its predecessors, the new tablet is essentially a Fire HD outfitted with a bumper, software for kids and parents and a two-year “worry-free guarantee.” Amazon says it’s “built from the ground up for kids,” which isn’t really true — though that’s perfectly fine. The important thing is that you’re getting decent enough specs for a low price. 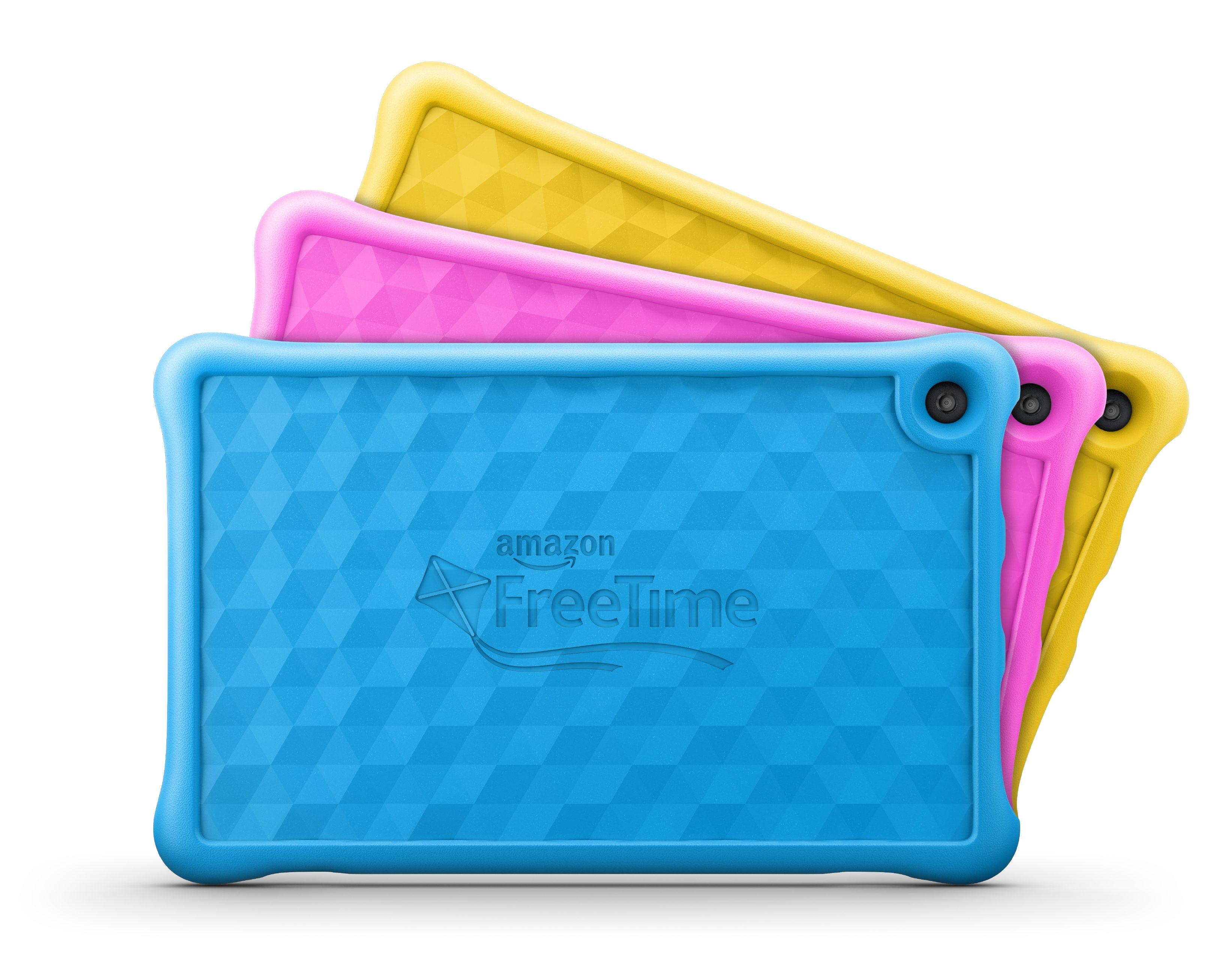 At $200, it’s a $50 premium over the standard 10-inch Fire. Given all of the stuff the company is bundling in here, however, Amazon says you’re essentially getting a $120 discount, when all is said and done.

The device once again ships with a year of Amazon FreeTime unlimited, bringing 15,000 books/movies/apps/games to the device. Using that, parents can limit and track screen time on the device, assuring that kids are using the device to read an actual book, in addition to various other media consumption.

The newer, larger kids tablet will be available in blue, pink or yellow. It’s up for pre-order today and starts shipping July 11.