G Suite is about to get a slew of new integrations.

Hangouts Meet, for example, is Google’s designated video conferencing solution for businesses, but while it’s easy enough to use, most businesses have already invested in similar solutions from the likes of Polycom and Cisco — or they have opted for Microsoft’s Skype for Business as their go-to service. Soon, however, businesses will get more options as Google today announced that anyone on those systems will now be able to join a Hangouts Meet video call, as well. These integrations will go live in the coming weeks.

“Nothing’s more frustrating than hosting a meeting and having trouble getting people to join because of issues with technology—it can interrupt workflows and slow down productivity,” Rany Ng, Google’s director of product management for G Suite, writes in today’s announcement. “We want to make it easier for businesses to use meeting solutions, like Hangouts Meet, without worrying about compatibility with existing equipment.” 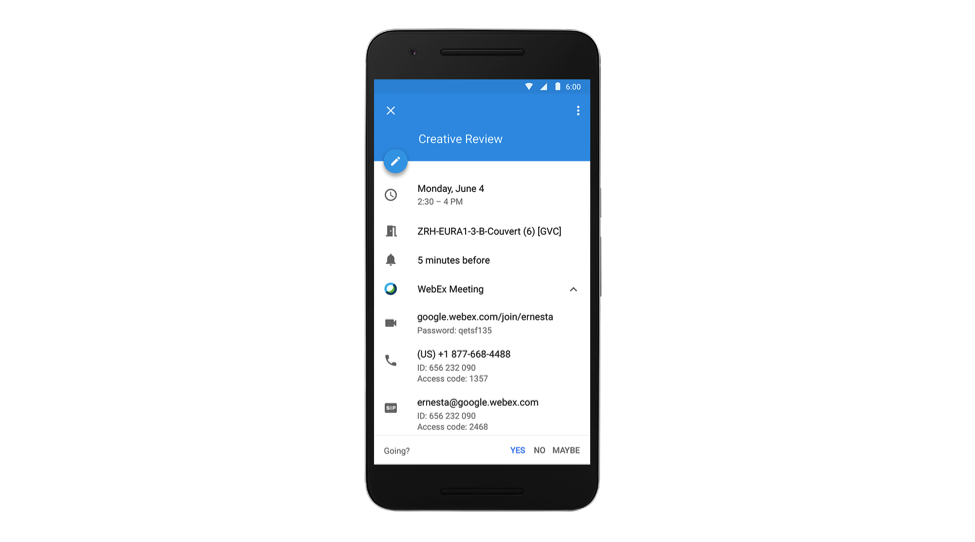 Google built this project in partnership with Pexip, a company that specializes in making meeting platform interoperable. Pexip’s specialty is Skype for Business, but for this product, the company is clearly branching out and adding support for Hangouts Meet, too.

In addition to allowing users from more hardware platforms to join Meet calls, Google also today announced that it is making it easier for third-party conferencing services to integrate their services deeper into Google Calendar. So if you are using Webex, for example, you’ll be able to join a Webex call right from Calendar with just a single click. Google says Arkadin, GoToMeeting, LogMeIn, Dialpad, RingCentral, Vidyo and Vonage are currently building similar calendar plugins for their users.

And if you need a room to take those calls, Google also today announced it is making it easier to view and book rooms that are stored in Exchange and Office 365 in Google Calendar. This integration will only go live in a few months, though.

That’s not all of the integration news today, though. Google is also making it easier to import data from SAP’s enterprise resource planning tools into Google Sheets and analyze it there.