Boosted Boards (now, just Boosted) is back with a skateboard that really seems to get it right. The company’s latest product is their first shortboard. It lops off 8.5 inches in length from the deck, but the differences go far beyond a big reduction in a single dimension.

The company is probably the most recognizable name in electric longboards, but the Boosted detractors would likely point to their products’ priciness as their central downfall. The $749 Boosted Mini S does a lot to increase accessibility on the price front, and while zooming around at 18mph on the shortboard might feel a bit more nerve-racking as your island of control shrinks, this board is incredibly fun. 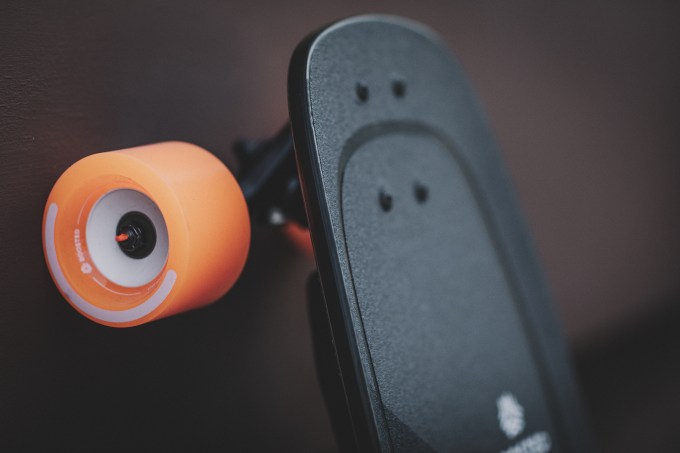 First, the shortening of the board does do a good deal for portability. My preferred way of holding the board by its front truck just hanging down alongside my leg, with past Boosted boards if you did this you’d either be dragging the board along the ground or you’d be hoisting it up in a way that gave you a little side abs workout. Holding this while walking around indoors feels a lot less like you’re cruising through the aisles with a surfboard under your arm, it’s just way more low-key and less of a hassle to travel with. It’s also got a nice new look with its sort-of-signature orange wheels now custom-made by Boosted.

Nevertheless, the Mini S is a dense little guy. If you were hoping for an electric skateboard you could pop an ollie on, the Boosted Mini S will throw you some challenges. At 15 pounds, it’s not exactly a beast, but a big weight reduction was not part of this shortboard transformation. The board is still certainly manageable but everyone who has picked mine up has been pretty surprised at how hefty it is. 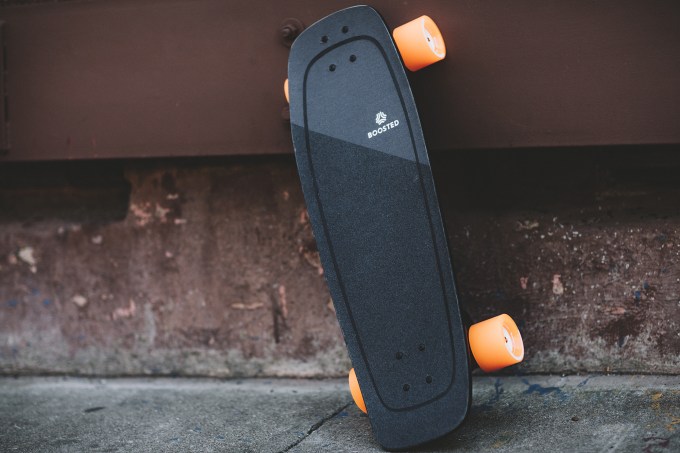 That heft feels a lot more rigid on the Boosted Mini S if you’re familiar with the Boosted boards of the past. There is very minimal flex on this shortboard which is unsurprising if you ride regular skateboards but offers a pretty major alteration to how the ride feels. Whereas hopping up and down on a Boosted longboard involves the middle bowing in and out quite a bit, the undercarriage of the Mini S is basically one big battery so there’s not much room for flexibility which means that you definitely feel bumps along the way more.

This is both good and bad. I personally think it makes the board a lot of fun to ride. The rigidity teamed with the little kicktail on the back of the board can make for some added maneuverability that means hairpin turns are well within reach. This is pretty big because the turning radius was already tighter just by virtue of the wheels being closer together so the kicktail can free you up to do most tight maneuvering as long as you aren’t maxing out throttle while doing so.

The Mini S is fairly frightening to ride at times, there’s something a bit more comforting about the extra length and flex of the longboards. The shortboard takes away the security of a suspension system and swaps it with the freedom of being able to easily hop up onto a small curb or turn out.

With a max speed of 18mph, it’s become clear that fast feels faster on the Mini S. You get the speed modes of past iterations which should help you adjust your training wheels while you get moving gradually towards expert speeds. Your guide to this speed and mode-switching is still the little Boosted controller which gets the job done and offers a nice degree of precision for accelerating and breaking with the satisfying wheel control. 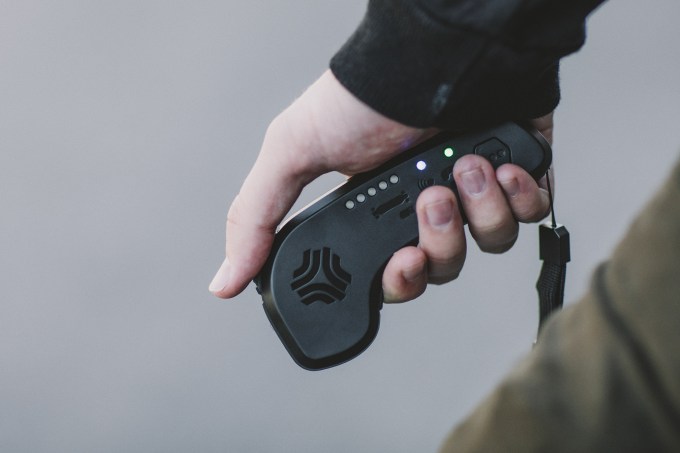 The seven-mile range on a single charge isn’t that great and you won’t even hit that if you’re maxing out the speed, but if you’re buying this for a short commute or just for some little jaunts around town, it’s a great ride — though you still might be in for an easier ride on one of the company’s lengthier boards.

With $250 separating the Mini S from the Mini X, a gray-wheeled version of the product that adds less than a couple of pounds but doubles the total range from 7 to 14 miles and increases max speed by a couple of miles, there might be enough there to offer a full endorsement of making an upgrade if you want to try out the electric shortboard life.

Boosted has managed to fit an awful lot into a $749 package that has inherited most of its predecessors’ better qualities without gaining any fatal flaws. It’s a different beast and there are still plenty of people who should still be opting for a longboard, but the Mini S offers a degree of freedom and tightness that you won’t get from many of the other electric-powered things with wheels out there.