Lenovo has teased a new arrival that might top Apple’s iPhone X in a bid to deliver a true all-screen smartphone.

Apple’s iPhone X goes very close but for a tiny bezel and its distinctive notch, but Lenovo’s Z5 seems like it might go a step further, according to a teaser sketch (above) shared by Lenovo VP Chang Cheng on Weibo that was first noted by CNET.

The device is due in June and Cheng claimed it is the result of “four technological breakthroughs” and “18 patented technologies,” but he didn’t provide further details. 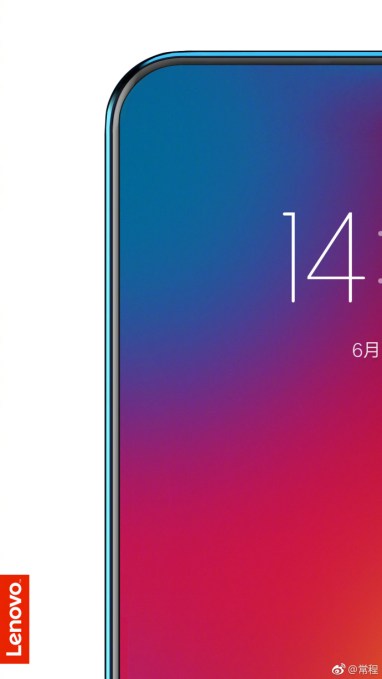 The executive previously shared a slice of the design — see right — on Weibo, with a claim that it boasts a 95 percent screen-to-body ratio.

Indeed, the image appears to show a device without a top screen notch à la the iPhone X. Where Lenovo will put the front-facing camera, mic, sensors and other components isn’t clear right now.

A number of Android phone-makers have copied Apple’s design fairly shamelessly. That’s ironic given that Apple was widely derided when it first unveiled the phone.

Nonetheless, the device has sold well and that’s captured the attention of Huawei, Andy Rubin’s Essential, Asus and others who have embraced the notch. The design is so common now that Google even moved the clock in Android P to make space for the notch.

Time will tell what Lenovo adds to the conversation. The company is in dire need of a hit phone — it trails the likes of Xiaomi, Oppo, Vivo and Huawei on home soil in China — and the hype on the Z5 is certainly enough to raise hope.