The hack of the @Lilmiquela account started earlier today, but the Bermuda avatar has long considered Miquela her digital nemesis and has taken steps to hack other of Miquela’s social accounts — like Spotify — before.

Because this is the twenty-first century — and given the polarization of the current political climate — it’s not surprising that the very real culture wars between proponents of pluralism and the Make America Great Again movement would take their fight to feuding avatars. 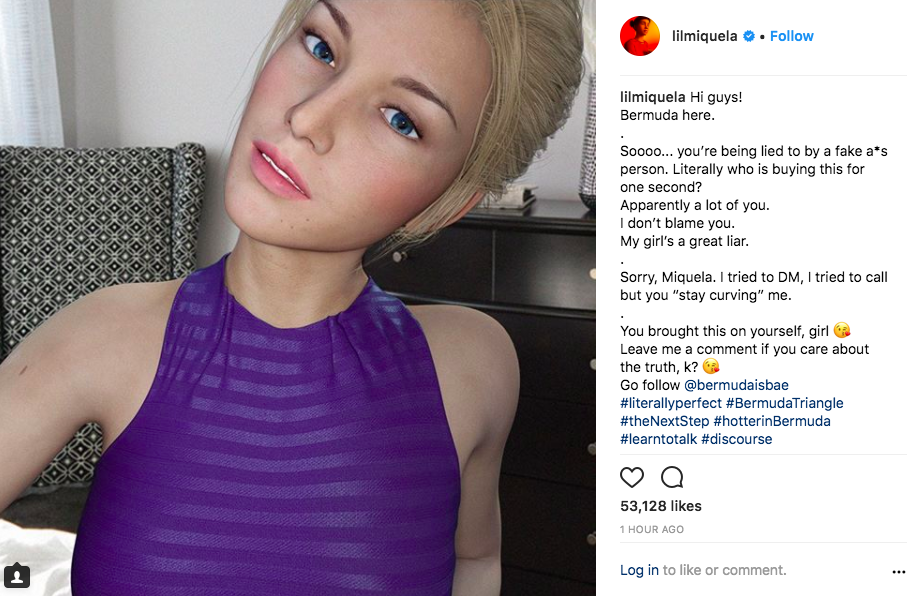 In posts on the Lil Maquela account, Bermuda proudly flaunts her artificial identity… and a decidedly pro-Trump message. 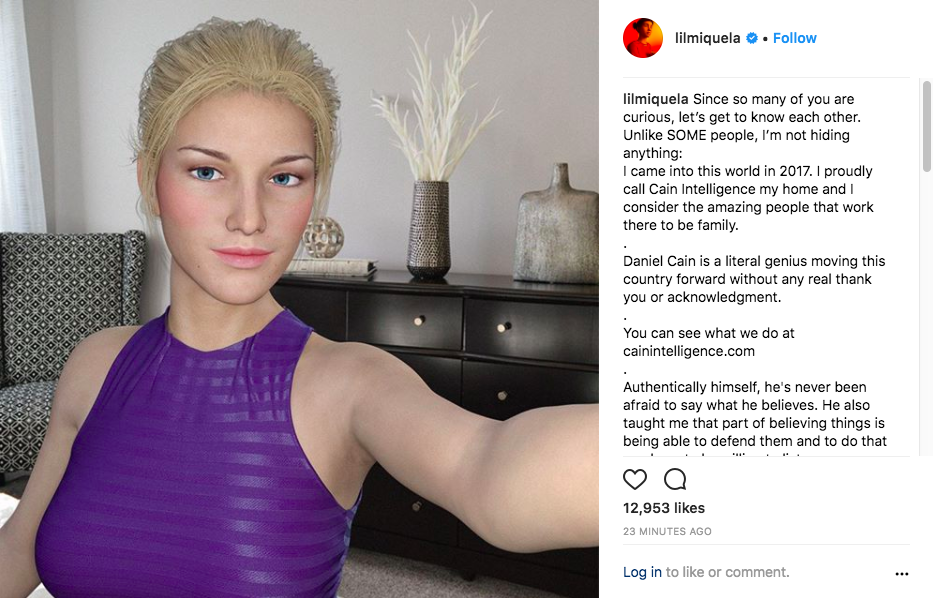 Unlike Miquela, whose account plays with the notion of a physical presence for a virtual avatar, Bermuda is very clearly a simulation. And one with political views that are diametrically opposed to those espoused by Miquela (whose promotion of openness and racial equality has been a feature that’s endeared the account to followers and fashion and culture magazines alike).

Miquela Sousa, a Brazilian-American from Downey, Calif., launched her Instagram account in 2016. Since the account’s appearance, Miquela has been a subject of speculation in the press and online.

Appearing on magazine covers, and consenting to do interviews with reporters, Miquela has been exploring notions of celebrity, influence and culture since her debut on Facebook’s new most popular social media site.

A person familiar with the Lil Miquela account said that Instagram was working on regaining control. Around 11 PM Pacific last night, the account was restored to its rightful owner.