Tocano, a spinout from Delft Technology University in the Netherlands which is working on an inkless printing technology, has closed a €1 million angel round to fund the next stage of its tech development and move a step closer to building its first commercial product.

The startup began as the graduate student project of co-founder Venkatesh Chandrasekar who, along with fellow student Van der Veen, founded the business in 2015, gaining early backing from the university.

The team now consists of eight employees and is part of the business incubator Yes!Delft.

Now it’s true there are already some ‘inkless’ printing technologies in use commercially. One we covered back in 2009 is Zink: A color printer which doesn’t require ink cartridges in the actual printer; but does require special Zink photo paper which has colored ink embedded in it. So an ‘inkless printer’, technically, but not actually ink-less technology.

Tocano’s tech — which it is branding Inkless — has a much cleaner claim to the name because it doesn’t involve having to use ink-saturated paper. Nor any other type of special paper, such as thermal-coated paper — which is another type of inkless printing already in use (such as for receipts).

Rather they are using an infrared laser to burn the surface of the paper — so carbonization is being used as the printing medium.

And they claim their technique is able to produce black and white printing with blacks as dark and stable as ink-based prints. Though, clearly, they’re still early in the development process.

Here’s a photo of their current prototype, alongside a sample of text printed with it: 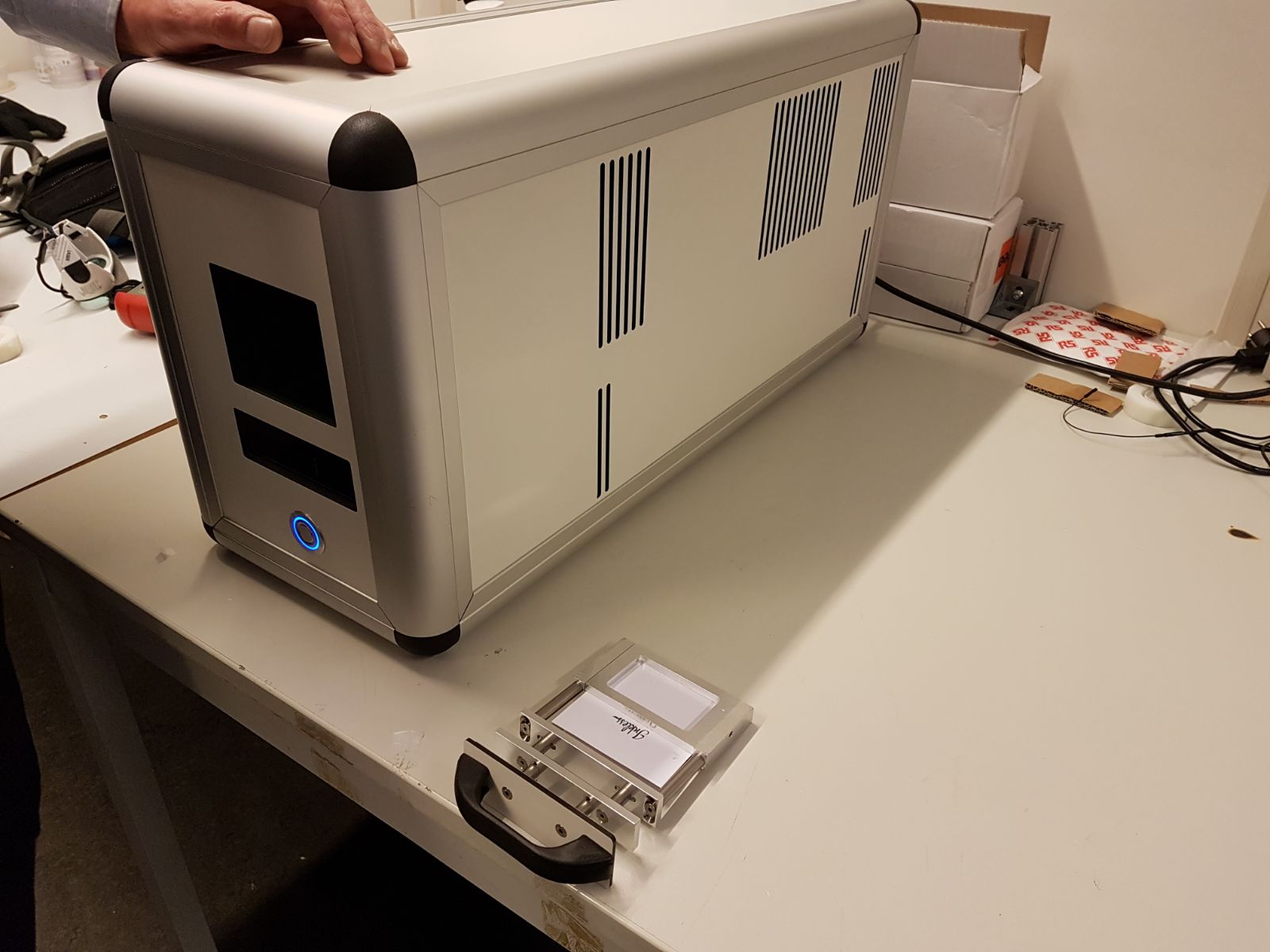 The angel funding will be used to try to reach what they dub “a competitive printing performance”. After which they say they’ll need to raise more money to build the first product — so they’re already planning the next financing round (for the end of the year).

“With this money we can make our technology ‘development-ready’, which means that we can meet the required quality and speed performance requirements so that we can begin with the development of our first product”, says co-founder and CEO Arnaud van der Veen in a statement.

“[The] next round will either be financed by strategic partners or venture capitalists. The first meetings have already taken place.”

If they can successfully productize their laser carbonization technique the promise is printing without the expense, waste and limits imposed by ink refills plus other consumables.

“I always compare this to the transition from the analogue camera to the digital camera,” says van der Veen.  “Suddenly people were able to make unlimited photos and it was not needed to replace the films. Likewise, with our printing solutions, refill and replacement of ink and consumables will not be needed.”

Though quite how expensive the next-gen laser printer machines themselves will be if/when they arrive on shop shelves remains to be seen.

Tocano says its first product will be aimed at industrial users for packaging and labelling use cases — such as printing barcodes, shelf life data and product codes on packages and labels.

Its ambition is to range out after that, bringing additional printer products to market targeting other business users — and eventually even the consumer market.

“Our first product will fit [the packaging/labelling] market but after that we will make the technology accessible for production printers, office printers, consumer printers and receipt printers. In all these market we can offer the same advantages, a cheaper and more sustainable printer without any hassle with ink, cartridges or toners,” he adds.