TechCrunch reported last night that Facebook retracted Facebook messages sent by Mark Zuckerberg and other executives from their recipients’ inboxes. That’s an ability normal Facebook users don’t have. But now Facebook tells me it plans to make an “unsend” feature available to all users in several months, and has already been considering how to build this product. Until the Unsend feature is released for everyone, Facebook says it won’t unsend or retract any more of Zuckerberg’s messages.

The retractions of the CEO’s chats were never previously disclosed until Facebook confirmed the news to TechCrunch last night after we reported having email receipt evidence of messages that have since disappeared. Many users are seeing that as a breach of trust.

Revealing plans for the Unsend button now could serve to dampen the backlash by making Zuckerberg look like a beta tester of the feature, and eventually normalizing Unsend as a common behavior.

For the full story on Zuckerberg’s disappearing messages, check out our feature story:

Update: A Facebook spokesperson issued this statement apologizing for not offering Unsend to everyone sooner and explaining its plans:

“We have discussed this feature several times. And people using our secret message feature in the encrypted version of Messenger have the ability to set a timer — and have their messages automatically deleted. We will now be making a broader delete message feature available. This may take some time. And until this feature is ready, we will no longer be deleting any executives’ messages. We should have done this sooner — and we’re sorry that we did not.” 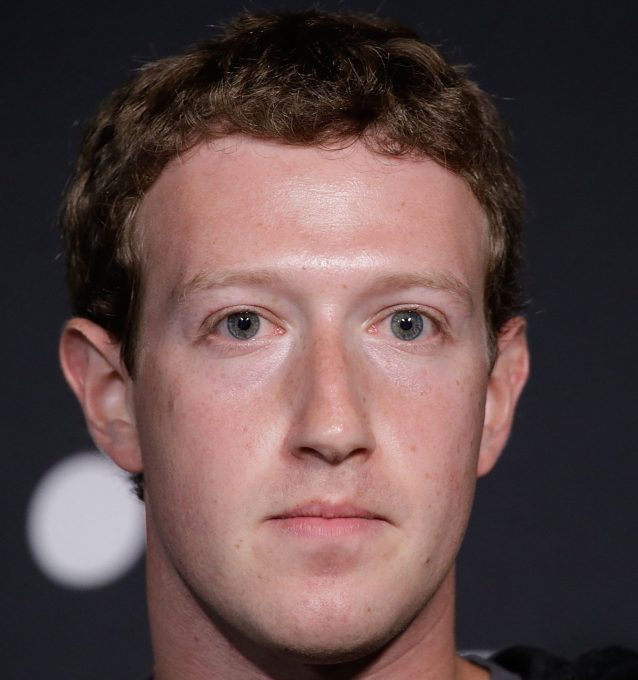 To recap, now six sources confirm that Facebook messages they had received from Mark Zuckerberg had disappeared from their inboxes. When we told Facebook we had an email receipt proving the retractions, Facebook gave TechCrunch this statement: “After Sony Pictures’ emails were hacked in 2014 we made a number of changes to protect our executives’ communications. These included limiting the retention period for Mark’s messages in Messenger. We did so in full compliance with our legal obligations to preserve messages.”

But tampering with users’ inboxes without disclosure has struck many users as a violation of Facebook’s power. Many asked why Zuckerberg and other executives had access to functionality not offered to regular users.

Facebook tells TechCrunch is hasn’t finalized exactly how the Unsend feature will work. A Facebook Messenger spokesperson tells me the only possible option is an expiration timer users can set on messages. When the timer runs out, the message would disappear from both their and the recipients’ inboxes. They tell me this is similar to how retractions of Zuckerberg’s messages work. 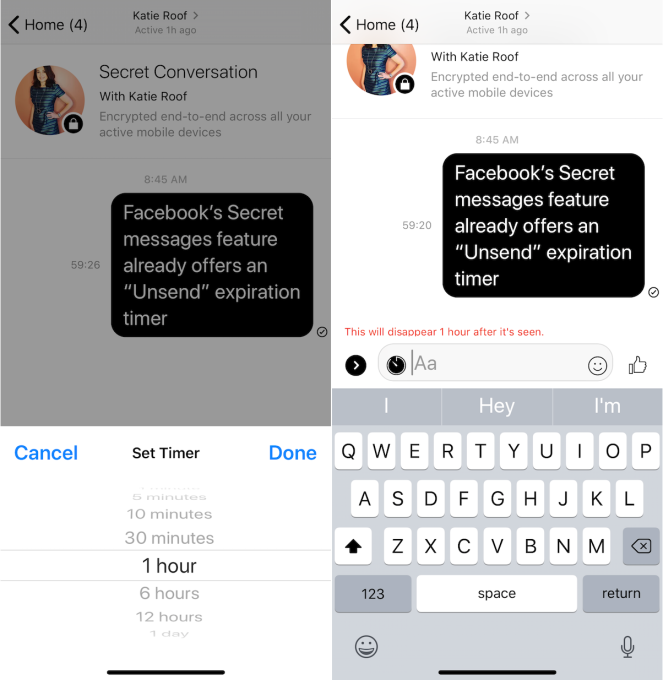 Facebook encrypted “Secret” messaging feature includes an Unsend option with an expiration timer. But Zuckerberg and other executives didn’t use this, and instead had their permanent messages specially retracted.

Facebook already offers a “Secret” encrypted messaging feature that includes an Unsend expiration timer. But this can’t be used in existing traditional Facebook message threads, and instead users have to launch a separate “Secret” conversation. Zuckerberg and other executives weren’t using this feature, and instead had their permanent, non-“Secret” messages retracted. Instagram also offers an Unsend option in its Direct messaging feature, but warns that while it can retract sent messages, the recipient may have already read them.

But in the coming months, Facebook will bring either this expiration timer or another way to Unsend messages to all Messenger threads. Facebook didn’t have details about whether recipients would be notified when a message was unsent and retracted from their inboxes, whether the feature would apply retroactively to old messages sent before the launch or whether users would need to designate a message as expiring/unsendable before they send it. 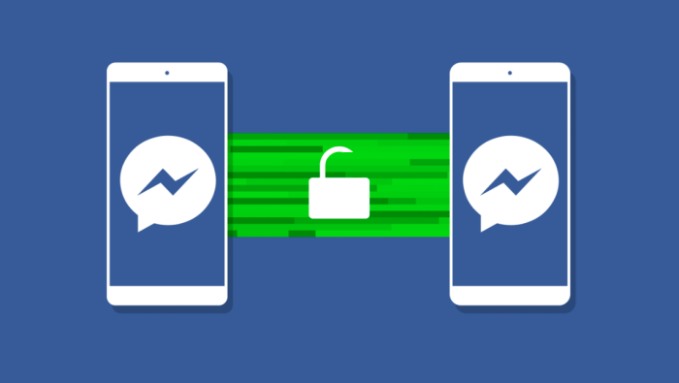 Beyond the dubious ethics of Facebook manipulating users’ private messaging threads without consent or disclosure, there’s the question of whether and unsend feature is good for Facebook at all. It could make users more willing to share vulnerable, sensitive or confidential professional messages. But it also might make users paranoid that messages they receive could disappear, leading to anxious screenshotting. It also could lead to abuse if users think they can send offensive content then have it retracted shortly after it’s seen.

Facebook could have announced plans for the Unsend feature at any time. It could have disclosed the retractions of Zuckerberg’s messages at any time. But waiting until it was confronted with evidence of the deletions and public backlash shows Facebook is only being transparent with users when forced.

If you have more info on this situation, including evidence of messages from other Facebook executives disappearing, please contact this article’s author, Josh Constine, via open Twitter DMs, josh@techcrunch.com or encrypted Signal chat at (585)750-5674.

For more on Facebook’s recent struggles, read our feature pieces:

Highlights and audio from Zuckerberg’s emotional Q&A on scandals