ESPN’s new streaming service, ESPN+, was already expected to arrive this spring. Now we have the launch date: April 12, 2018. The service will cost subscribers $4.99 per month, and offer streaming access to live sports, original content, and on-demand programming delivered a redesigned and personalized ESPN app, as well as ESPN.com

In August 2017, Disney first announced its plans for new streaming businesses, including its acquisition of a majority stake in the streaming technology company BAMTech, and its two new streaming services: ESPN+ and a Disney-branded service arriving in late 2019.

Details on the ESPN service have been steadily trickling out in the months since.

Last November, for example, Disney CEO Bob Iger offered a brief overview of what the company had in store for ESPN+, amid news of a disappointing quarter for ESPN. He said at the time that ESPN+ would be able to stream ESPN channels on an authenticated basis, in addition to the extra over-the-top live content provided by the ESPN+ subscription.

In February, the company further confirmed access to ESPN’s 8 TV channels, like ESPN and ESPN2, would still require a pay TV subscription. The updated ESPN app would offer access to these channels through a special live streaming section (“TV Everywhere” video), alongside other sections dedicated to scores and news, ESPN audio, and ESPN+. The $4.99 subscription pricing was also announced then.

Today, ESPN is also detailing more details about what ESPN+ will include, when it arrives.

The lineup will offer thousands of live sports events, such as: 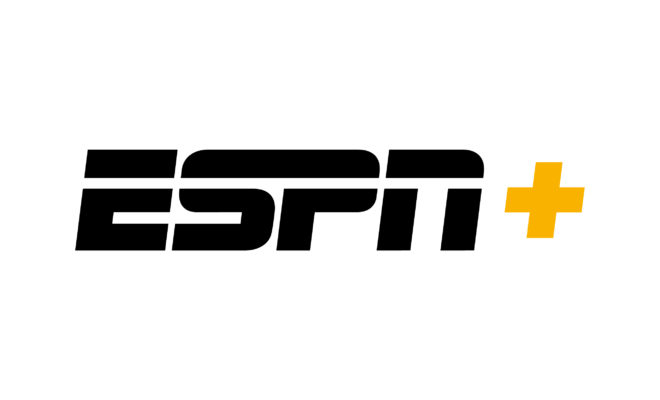 ESPN showed off the ESPN+ logo for the first time today, too. The black-and-yellow logo still has the same font as ESPN’s logo, but with an added plus sign to the right of the text.

The arrival of ESPN+ comes at a time when Disney’s cable networks’ income has been declining, and ESPN specifically has been seeing lower advertising revenues. In fiscal Q1 2018, ESPN reported an 11 percent decline in ad revenue. The company needs ESPN+ subscriptions to help stem these losses.

“The launch of ESPN+ marks the beginning of an exciting new era of innovation for our media businesses – one defined by an increasingly direct and personal relationship with consumers,” said Kevin Mayer, Chairman, Direct-to-Consumer and International, The Walt Disney Company, in a statement about the new service.

Mayer just recently moved into this position, reporting directly to Iger, as part of a massive reorg of Disney’s business last month to put more focus on streaming efforts.

“This new product reflects our direct-to-consumer strategy focused on combining our beloved brands with our proprietary, industry-leading technology to give users unparalleled access to our world-class content,” he said.