Facebook has been at the center of a hectic debate about Cambridge Analytica and the company’s improper use of Facebook data. As a result, Facebook shares (NASDAQ:FB) opened at $177.01, down 4.4 percent compared to Friday’s closing price of $185.09.

Share prices are still going down after the opening bell. NASDAQ as a whole is more or less flat — the stock market opened down 0.1 percent. It’s worth noting that Facebook shares have been doing well recently: 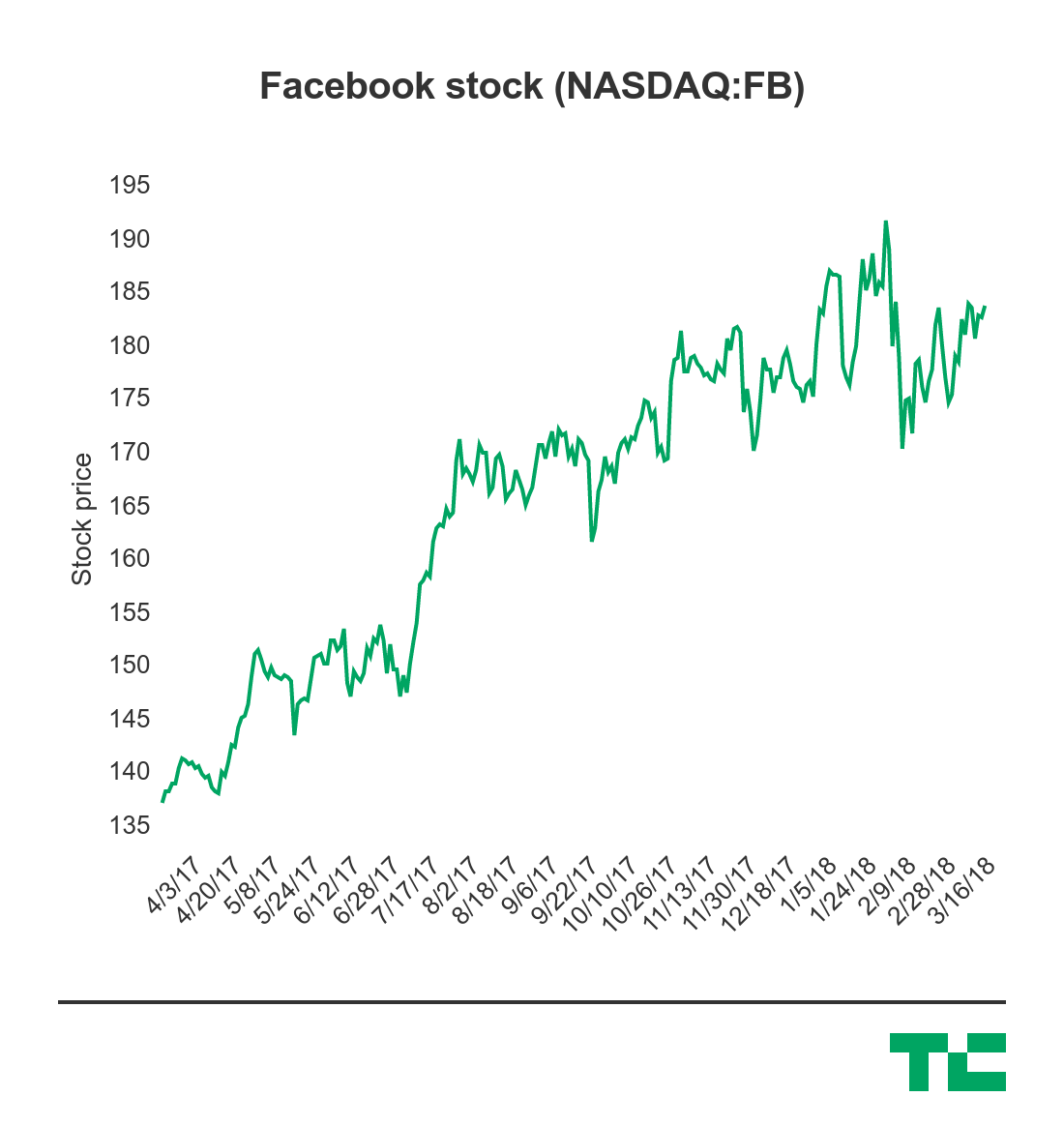 The main issue is that the company developed an app called an app called “thisisyourdigitallife” to harvest user data. While many people thought they were downloading a fairly harmless personality quiz app, Cambridge Analytica was using Facebook’s API to gather data about the users of this app, but also the friends of the users.

That’s why many people think regulation on tech companies is now inevitable, which could hurt Facebook’s bottom line.

Welp. Tech is definitely about to get regulated. And probably for the best. https://t.co/hvibNfqSRL