Spotify explained why it’s ditching the traditional IPO for a direct listing on the NYSE on April 3rd today during its Investor Day presentation. With no lockup period and no intermediary bankers, Spotify thinks it can go public without all the typical shenanigans.

Spotify described the rationale for using a direct listing with five points: 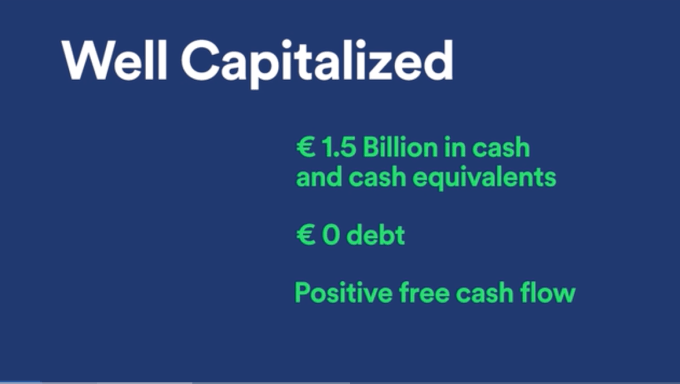 Spotify won’t wait for the direct listing, and on March 26th will announce first quarter and 2018 guidance before markets open. It also announced today that there will be no lock-up period, so employees can start selling their shares immediately. This prevents a looming lock-up period expiration that can lead to a dump of shares on the market that sinks the price from spooking investors.

It’s unclear exactly what Spotify will be valued at on April 3rd, but during 2018 its shares have traded on the private markets for between $90 and $132.50, valuing the company at $23.4 billion at the top of the range. The music streaming service now has 159 million monthly active users (up 29 percent in 2017) and 71 million paying subscribers (up 46 percent in 2017. 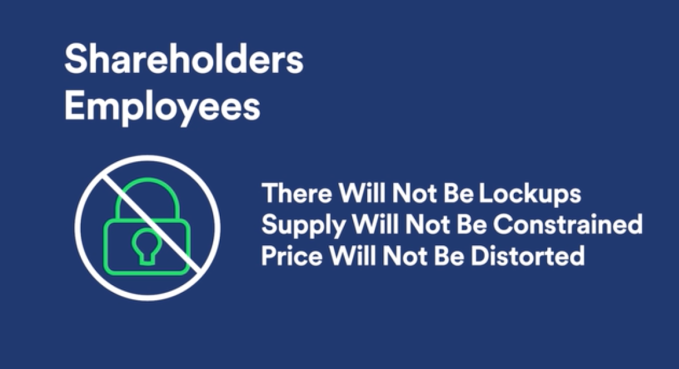 Head of R&D Gustav Soderstrom outlined Spotify’s ubiquity strategy, opposed to trying to lock users into a “single platform ecosystem”. He says Spotify does “what’s best for the user and not for the company, and trying to solve the users’ problems by being everywhere.” That’s more shade for Apple, who’s HomePod only works with Apple Music despite customers obviously wishing they could play other streaming services through it.

By now being baked into a wide range of third-party hardware through the Spotify Connect program, Soderstrom says Spotify gets a more holistic understanding of its listeners. He declared that Spotify has 5X as much personalization data as its next closest competitor, and that allows it to know what to play you next. He cheekily calls this “self-driving music”. Directing what people listen to turns Spotify into the new top 40 radio — the hit-maker. That gives it leverage over the record labels so Spotify can get better licensing deals and favorable treatment. Now over 30 percent of Spotify listening is based on its own programming through featured playlists, artists, and more.

There’s plenty of room for Spotify to grow. Only 12 percent of the 1.3 billion payment-enabled smartphones in the world have a streaming music subscription and Spotify makes up half of those. And with the free tier, Spotify has the best way to capture people tip-toeing into streaming. 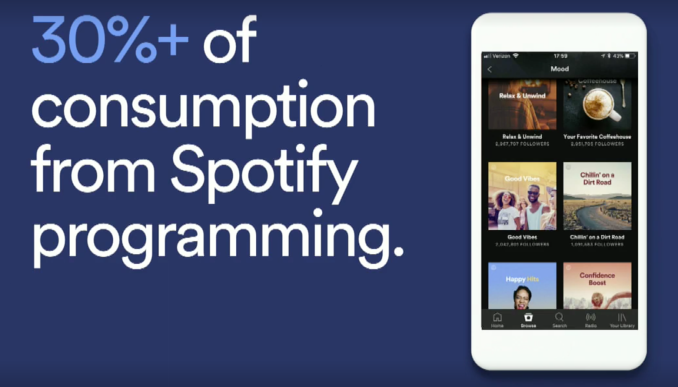 Wall Street loves a two-sided marketplace, so Spotify is positioning itself in the middle of artists and fans, with each side attracting the other. It’s both selling music streaming services to listeners, and selling the tools to reach and monetize those listeners to musicians. That’s both on its platform, and using its targeting and analytics info to deliver efficient ticket and merchandise promotions elsewhere. Ek discussed the flywheel that drives Spotify’s business, explaining that the more people discover music, the more they listen, and the more artists that become successful on the platform, and the more artists will embrace the platform and bring their fans.

Yet with music catalogues and prices mostly similar across the industry, Spotify will have to depend on its personalized recommendations and platform-agnositic strategy to beat its deep pocketed competitors. Music isn’t going away, so whoever can lock in listeners now at the dawn of streaming could keep coining off them for decades. That’s why Spotify not raising cash for marketing through a traditional IPO is a strange choice. But with its focus on playlists and suggestion data, Spotify could build melodic handcuffs for its listeners who wouldn’t dream of starting from scratch on a competitor.

For more on Spotify’s not-an-IPO, check out our feature piece: