Exclusive content is how creators get patrons to pay them a monthly subscription fee on Patreon, so the startup is equipping them with a Snapchat-like tool to turn their private lives into “behind-the-scenes” footage. Patreon Lens launches today within Patreon’s iOS and Android apps so creators can share photos and videos that disappear in 24 hours just with those who pay them at least a $1 a month. And to tempt fans to subscribe, they also can make some Lens content public.

Lens could help Patreon and its creators retain paid patrons by strengthening their connection to the artists, comedians, pundits and game developers they love. It also could make it much simpler for artists to figure out how to generate exclusive patron content without massively interrupting their workflow. Both could assist as the $107 million-funded startup attempts to break even despite charging just a tiny 5 percent fee on subscriptions.

“A painter for example might have had trouble stopping what they were doing and creating a YouTube video,” says Patreon product manager Johnny Winston. But shooting quick clips with the familiar Snapchatty Lens feature is easy to do between brushstrokes. And fans don’t have to hunt down the content elsewhere. It’s right in the Patreon app alongside their other exclusives.

Some online content creators had already been building their own clumsy workarounds for offering exclusive Stories. Some would set up a special Snapchat or Instagram account and only approve followers who paid. But that required a ton of manual checking of who should and shouldn’t have access. Patreon does it all for them, and notifies followers when new content is posted rather than burying it in a big list of Stories. A simple privacy setting lets creators expose some content to the public to show them what they’re missing if they don’t subscribe. One problem might be teaching creators to save their best behind-the-scenes content for Lens instead of blasting it out for free on Instagram and Snapchat. Some creators like comedians and visual artists might be better suited to the format than game developers or novelists.

The startup began beta testing Lens with 50 creators as a separate app back in June. Patreon’s VP of platform Brent Horowitz says one writer told him “I’d never publicly post unfinished work on a public platform like Facebook,” but they were happy to share them on Lens where only supportive fans had access and the content would disappear. Winston added that the writer would use Lens to break through writer’s block, discussing plot points with their patrons to help them finish the chapter. 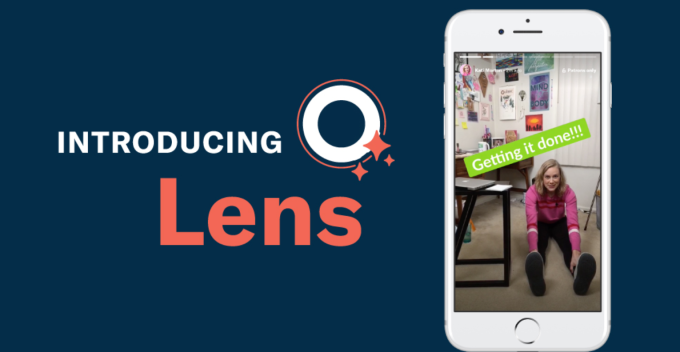 Patreon reached 1 million paid subscribers paying an average of $12 per month to 50,000 creators last year. But it’s struggled with backlash after changes to content moderation and censorship, and how to handle credit card processing fees. Patreon needs all the tools it can muster to keep artists from going independent, and to recruit more creators to its subscriber-based monetization platform that supplants low ad revenue shares and erratic content sales.

Lens encapsulates a massive shift in how art is made. Once upon a time, all a musician had to do was play an instrument well. Painters just had to paint. A professional industry of managers and promoters took care of the rest. But the age of social media and the explosion of creatorship has forced every artist, no matter the discipline, to perform in other ways. You have to be people’s friend via social media, an actor in video clips, a product designer dreaming up merchandise, a tour manager organizing meetups and a technologist wielding a variety of software.

Perhaps that detracts from the time that creators spend working within their aptitude or chosen field. But it also breaks down the walls between them and their fans. That relationship is what gets people to pay. And those payments are fostering a new creative economy where niche artists can earn a living.