Where did Cloverfield’s don’t-call-it-Godzilla come from? This Gravity meets Event Horizon flick mashes up the scariest things outside our planet to provide an answer. A new Netflix original film, “The Cloverfield Paradox,” is now available after a surprise announcement during the Super Bowl.  Producer J.J. Abrams is back for a third-installment that’s tense and eerie, leaving you worrying how far director Julius Onah will push the frights.

The Cloverfield Paradox explores a world set to run out of energy in five years. A space station is created to test an experimental particle accelerator that could generate enough power to solve the crisis. But turning it on unleashes terrifying, reality-warping changes.

The film follows 2008’s found monster footage collage Cloverfield, and 2016’s 10 Cloverfield Lane, where survivors end up losing their minds in a shelter. But while those films felt zoomed into a tight set of characters, The Cloverfield Paradox encompasses a whole earth on the brink of panic.

Trapped on the space station, the film does meander a bit, but the spooky occurrences it pursues add to the film’s overwhelming atmosphere of disorientation. It never fully forges a connection between the audience and many of the characters, though star Gugu Mbatha-Raw handles intense emotional weight as a grieving crew member.

Those looking to geek out on the science of global warming worst case scenarios will find The Cloverfield Paradox tantalizing. There are a few unresolved phenomena that are unnecessary, but it’s powerful to see the crew crack under the pressure of a world looking to be saved. 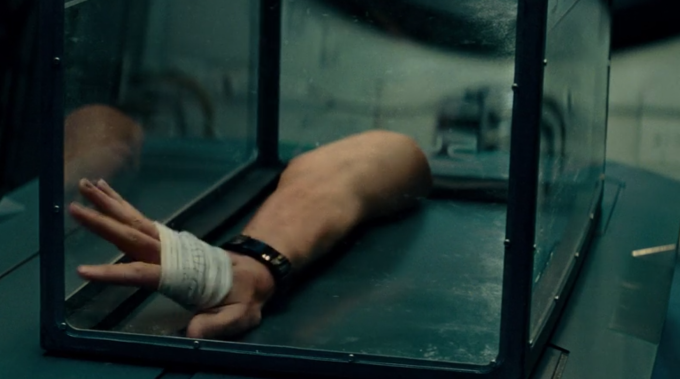 The Cloverfield Paradox stumbles trying to cram climactic action into its claustrophobic quarters. This isn’t an action blockbuster by any means. But an entertaining ending makes you want another film in the series back on the ground.

Netflix has managed to launch both a passable one-off, and a movie that keep Abrams fans subscribed until they can get another Cloverfield fix. And by announcing the previously delayed film would be available just two hours after its trailer debuted, Netflix shows its agile nature. The rapid release could ensure fewer people end up with the suspense spoiled, while avoiding overly hyped up expectations. It’s a solid sci-fi story, served up swiftly when most films today seem to take forever to arrive.