Shadow of the Colossus is one of those games I’ve purchased multiple times on multiple platforms, because the original was about as unique and satisfying a video game experience as you can find. But the new PlayStation 4 remake of the Team ICO standout, which recreates the game in stunning 4K HDR, is that rare remake that proves a better and more satisfying experience than the original – even in the face of the enhancing gloss of pleasant memory and nostalgia.

I was not prepared for what Bluepoint Games managed to achieve with this remake when I booted it up for the first time. The textures, environments, lighting, facial and character detail all look stunning. Your horse, Argo, looks better than he’s ever looked, and traversing the huge, lonely landscape is made even more awe-inspiring than it was back when SOTC first came out, thanks to virtually unmatched grass, water and foliage animation effects.

What’s truly outstanding, however, is that this still feels familiar, in that way that defies explanation when you pick up an old favorite game for the first time. Controlling the hero, Wander, and battling the giant colossi feels like it did when played in its much lower resolution, with the same messy, realistic physics and the same tense feeling as giant monsters try to shake you free with gradual crescendos of frenzied motion. 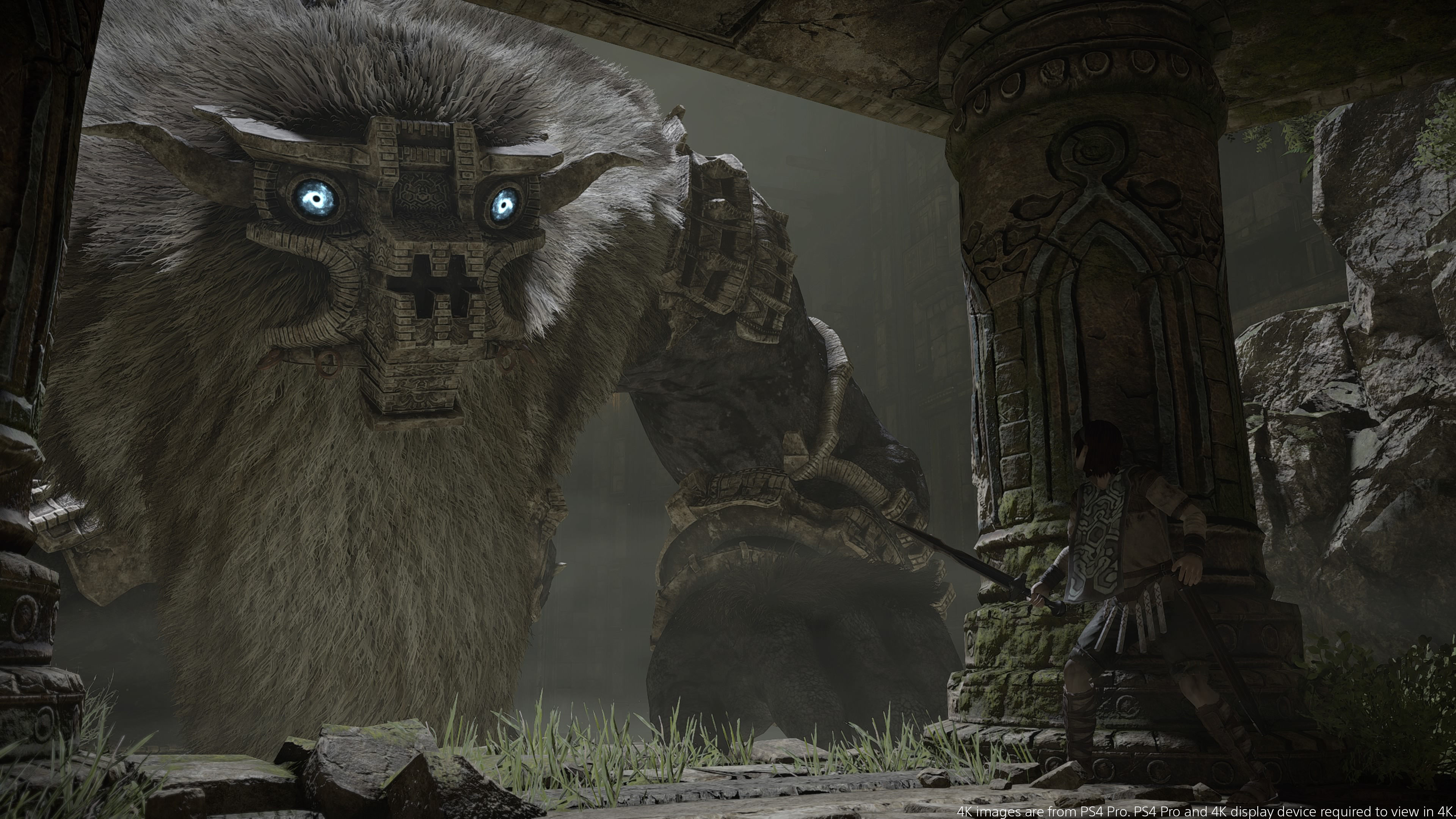 That’s down to the remake employing the same code for the motion and control of the colossi, Argo and Wander as did the original, with subtle but significant tweaks to improve performance in a way that aligns with rose-colored memories of what it was like to play the first version, rather than the sometimes frustrating truth of what it was actually like in reality.

If you’ve never actually played ‘Shadow of the Colossus,’ then you’re in for a real treat. This game feels now in this re-released format like something that could’ve been released as brand new IP, with a rewarding experience that more than merits its remake-aligned $50 price point. It’s a top-tier must-play in every way, and a real justification for owning a PlayStation 4 Pro and a 4K TV if you have those, too. 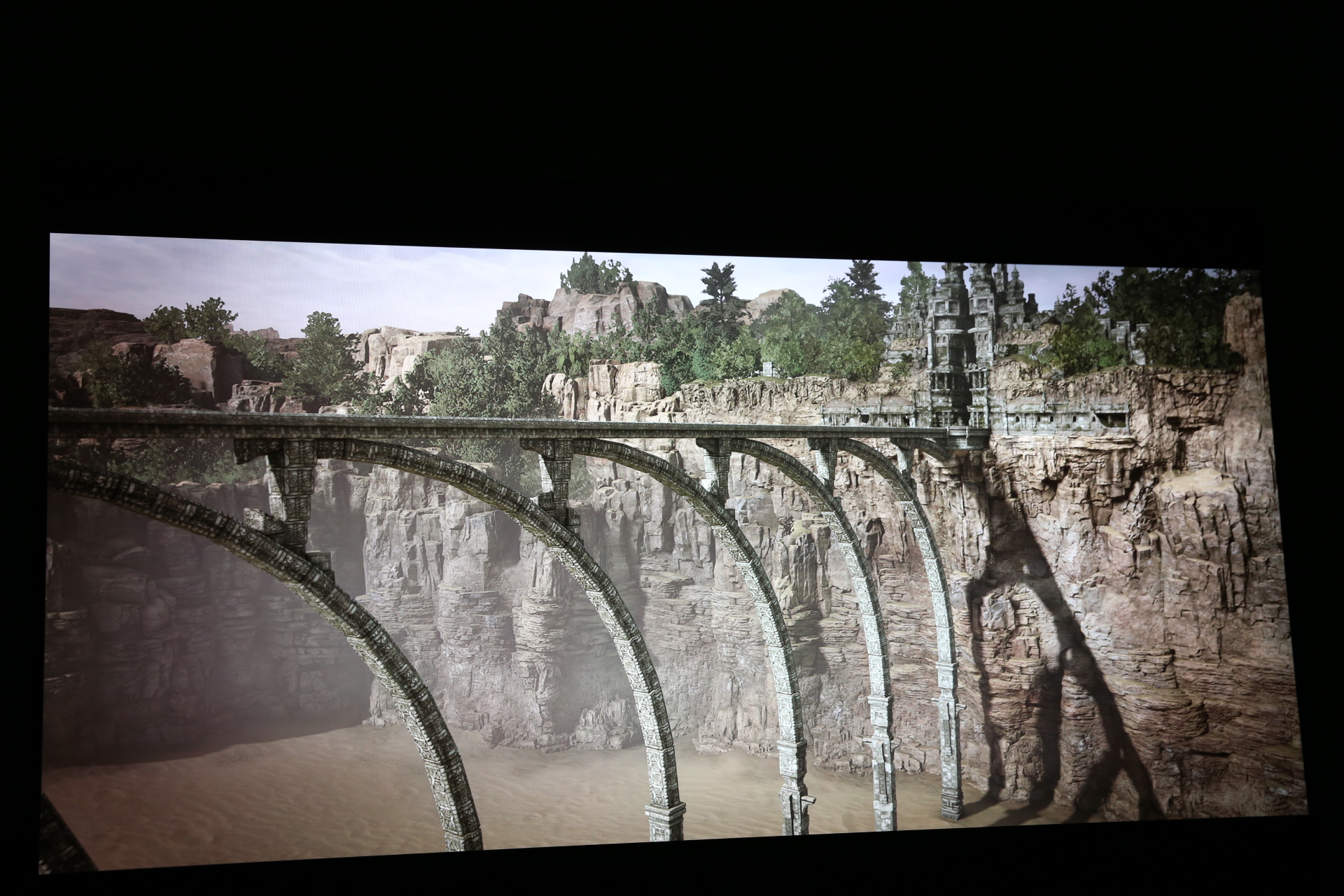 On the actual Sony 65″ Bravia 4K OLED HDR TV. Hard to do it justice in photos but this gets close.

Personally, I was playing on a Sony Bravia 65-inch 4K OLED HDR TV (the XBR65A1E if you’re looking for specific) and it was easily one of the most satisfying visual experiences in gaming I’ve ever had. While the original did what it could in terms of available graphics power and display hardware, there’s no denying that this new version exceeds it in every possible way, aesthetically. If you doubt me, see if you can deny that that’s true after you grip the highly detailed, naturally flowing fur of the first Colossus you encounter in-game.

Despite all the upgrades and visual treats, the best part about this remake might be that its moody atmospherics, underlying sense of unease and questions about the task at hand all remain. It feels like a culmination of something long in progress, in fact, rather than something simply revisited.

Simply put, if you have a PlayStation 4 you should also own this game, and even if you don’t yet have a PS4, this is a game worth picking one up to play.