Every inch of the Mavic Air is a testament to thoughtful engineering. Before handing off a review unit, a DJI rep takes us through the process of getting up and running. He flips open the smartphone docking arms from the bottom of the remote, revealing two hidden replacement joysticks nestled inside.

Getting the Air up and running feels a little like solving a 3D puzzle. The drone maker has crammed so much into so little space here, it’s a constant process of flipping, twisting, removing and inserting to get the thing operational. It’s all a very clever feat of industrial design and engineering, but none of it is particularly intuitive.

The Mavic Air might be the closest the company has come to a truly mainstream consumer drone, with the possible exception of last year’s Spark. That model certainly has the Air beat on the pricing front, at $399 to its $799, but the new quadcopter represents six additional months of software finessing in an attempt to bring to market the kind of device a first-time flier can get off the ground and not crash into anything or anyone.

But the process of getting us up and running involved a quick training before we were able to take the device out for a spin. It’s probably a good idea when taking a $799 to $999 system with four sets of spinning blades out into the world. That’s just sort of where we’re at with the devices now, inching toward true accessibility, step by step.

Gesture control is one of the most compelling features in the company’s Mavic/Spark line. DJI wowed the crowd when it showed them off in person at their latest event. Honestly, who wouldn’t want to control a drone with the flick of a wrist like some kind of nerdy Jedi Knight?

But like setting the drone up, it’s not particularly intuitive at first go, and you’ve got to get things just right for the Air to register you and flash its lights accordingly. I’m told this may have been the fault of the indoor lighting and the fact that there were multiple folks standing around, confusing the system’s facial recognition in the process. 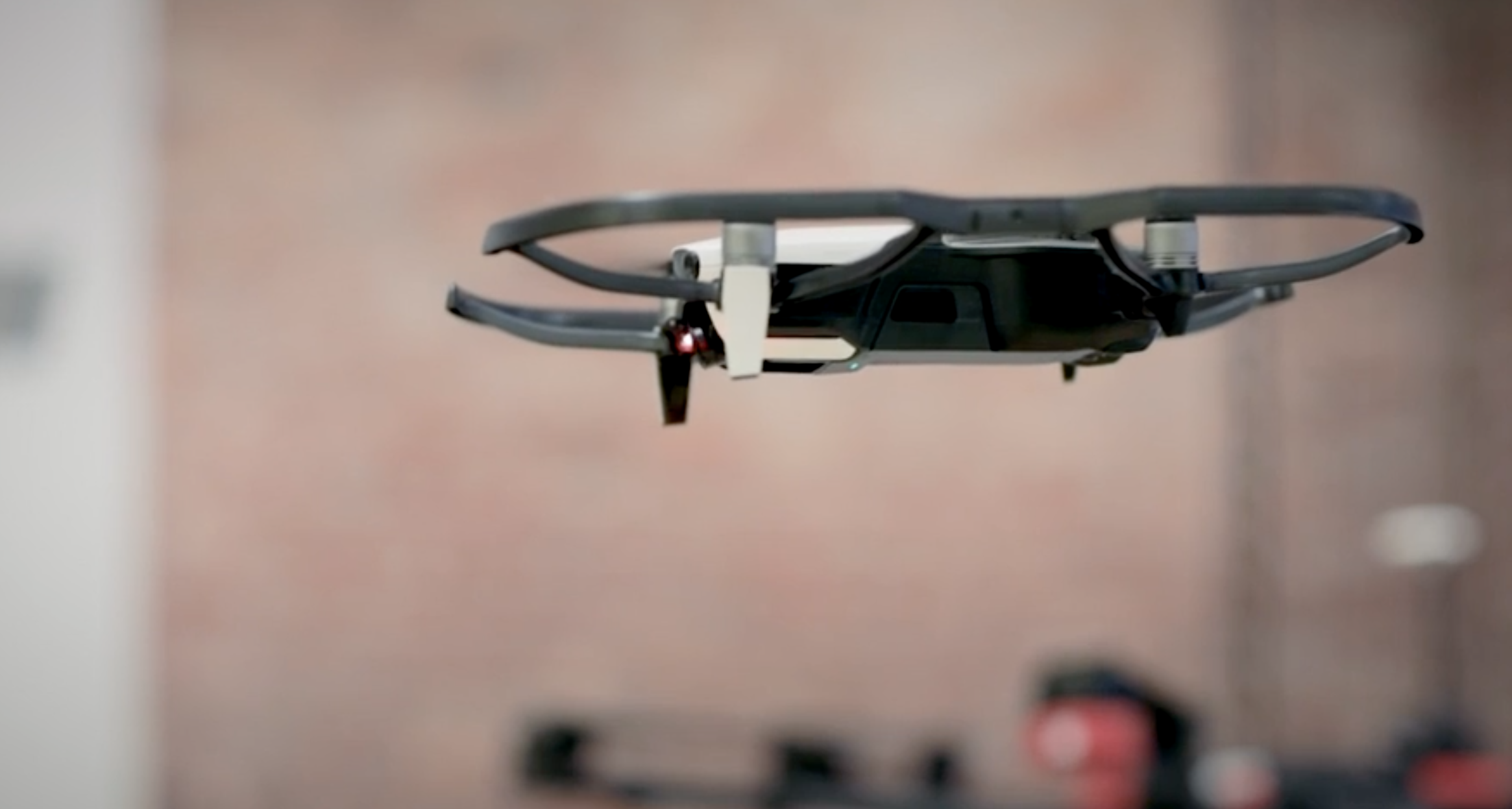 Once everything is locked in, the effect is cool, and the system does seem to be more responsive than its predecessors. Even so, it’s best to take things nice and slow at first, because it’s tough to know just how the system will respond until you really get a hold on things.

It’s easy to see where DJI’s going with all of this. When some future generation of drone really enters the mainstream, these kinds of controls could truly come in handy. For the moment, however, it still feels like a bit of a novelty, and for any sort of serious shooting or exploration with the device, I much prefer to use the remote/smartphone combo.

We’ll be taking the drone off for a much more in-depth review in the near future. In the meantime, hide those birdhouses.