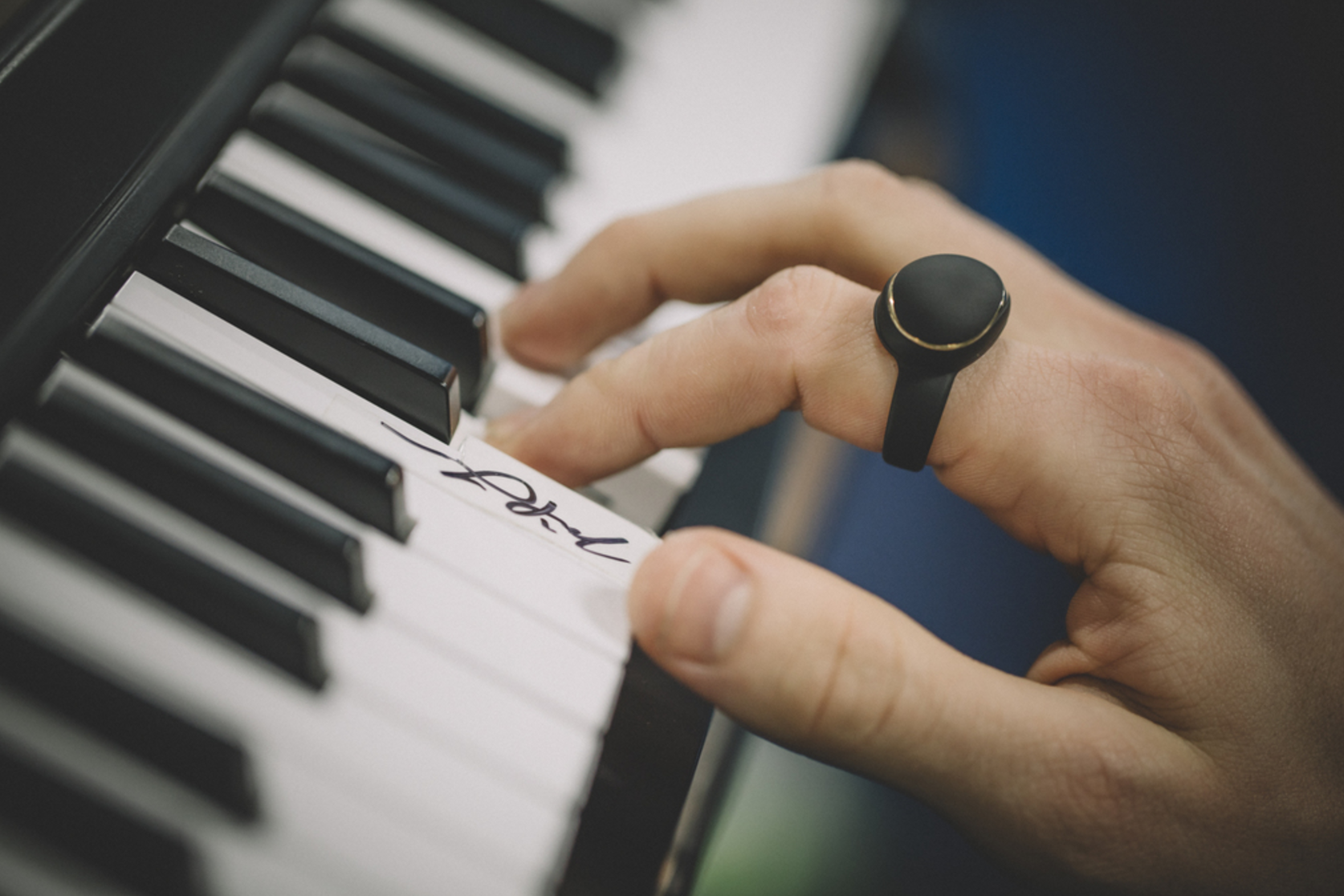 We saw a small mountain of cool stuff at CES this week, but this one is still on my mind a few days later.

It’s a ring you wear while playing a MIDI keyboard. By wavering your hand or sliding your fingers up the keys, you can change the vibrato or intensity of your notes. It’s an effect perhaps best demonstrated on video:

Note the way his hand gestures impact the sound. It reminds me a bit of ROLI’s Seaboard, but with a standard MIDI keyboard.

Built by a small team out of France called Enhancia, the ring has nine integrated sensors that pick up your gestures and send them back to a hub plugged into your keyboard. The prototype they had on display was wired, but the Enhancia team says it should be fully wireless by the time it ships.

The Enhancia team says they expect to show up on Kickstarter by March… alas, they haven’t figured out the pricing just yet.