VR’s most popular live-streaming events service is giving you a little wiggle room.

NextVR is bringing six-degree-of-freedom (6DoF) movement to its popular virtual reality app for live-streaming sporting events and concerts. This update brings an added sense of immersion for users, who will be able to move around a bit while watching events. 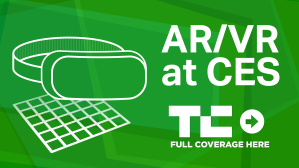 It’s more of a comfort thing than something revolutionary at this point. Rather than being stuck with a single viewpoint, the point-of-view will shift as a viewer moves their head. There will be points where the feature adds some utility, such as scenarios when you’re trying to peek around a referee standing on the sidelines. This feature is only going to be coming to positionally tracked headsets, a feature that has traditionally been confined to the HTC Vive and Oculus Rift but is now coming to more mobile standalone systems.

“VR is the most demanding visual medium ever created and we’re just beginning to deliver on its potential to convincingly create experiences that mimic reality,” NextVR CEO David Cole said in a statement. “The ability to move naturally inside the experience and the increased ability to see detail add a critical level of presence and realism.” These experiences will require being shot on the new camera hardware, so it’s not something NextVR will be able to retroactively apply to old concerts they’ve shot already. You’ll be tightly limited by the amount you can move around also, so don’t expect to walk around obstructions or walk onto the court. We’re a long way from that still!

The first pre-recorded experiences to support this will roll out this year. Live 6DoF content will be rolling out later.

The company also is looking to cash in on the platform accessibility offered by ARKit and ARCore with smartphone-optimized AR functionality in their app. It looks like you’ll be able to move into VR environments with a type of portal interface inside the app. The feature is launching in mid-2018, the company says.