Shortly after the announcement of the iPhone X in September, my colleague Natasha Lomas noted the similarities between the phone and how WebOS operated on the Palm Pre. She ended her article, noting “in the iPhone X it’s clear you’re looking at a little ghost of the Pre.”

It seems that Qualcomm’s legal team was taking note; they cited that line in a complaint alleging that Apple ripped off Palm’s patented interface.

In the latest escalation of the nearly year-long legal battle, Qualcomm filed three complaints Wednesday in U.S. District Court alleging violations on 16 different Qualcomm patents by Apple, some related to RF transceivers and power-saving measures, some related to multi-touch displays and some related to the innovations of Palm. 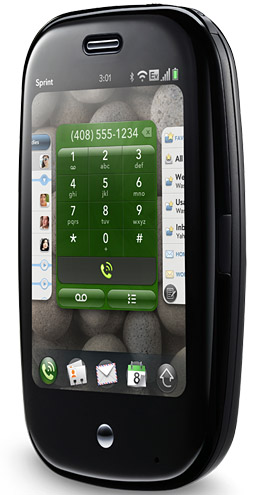 Why does Qualcomm care about Palm? Well, in 2014 Qualcomm bought a bunch of Palm patents from HP, some apparently related to the company’s design choices for WebOS and the Pre. In the complaint, Qualcomm specifically alleges that Apple copied the operating system’s “cards” design interface.

Other alleged patent violations include the functionality to respond to a call with a text instead of answering, the ability to refocus the camera by tapping on the screen and the idea to drag multiple uses out of the power button, including ending a call.

“All of these Palm inventions—owned by Qualcomm—have vastly improved the functionality of mobile devices and the user experience, and all of them are widely found in Apple products without license or permission,” the complaint reads.

These are accusation sure to piss off Cupertino.

Apple CEO Tim Cook wasn’t believed to be too happy when the Pre surfaced as we noted in the September story. “We don’t mind competition, but if others rip off our intellectual property, we will go after them,” Cook said of competitors during a 2009 earnings call. Many took this as a dig at Palm.

Many of these technologies feel essential to most modern smartphones, but things are getting personal for Qualcomm, which is playing David in a major legal battle with Apple, which has likely contributed to curtailing profits at the technology firm. Nearly a year ago, Apple filed a $1 billion suit against Qualcomm and proceeded to cut off royalty payments while encouraging its suppliers to do the same.

All the while, Apple has reportedly been building iPhone prototypes that eradicate usage of Qualcomm technologies altogether.

Qualcomm has remained defiant, challenging Apple on alleged patent violations. The rhetoric has been strong, too; in this complaint, Qualcomm says that Apple’s products “would lose much of their consumer appeal” without Qualcomm technologies.