NBC will live stream the 2018 Olympic Winter Games from PyeongChang, South Korea, the company announced today. Its coverage will include 1,800 hours of games – a record for a Winter Olympics. It’s also the first time the Winter Games will offer live streaming of NBC’s broadcast network.

The streaming coverage will include a combination of authenticated TV viewing and digital-only streams.

For the former, NBC says it will provide live streaming of all competition on NBCOlympics.com and the NBC Sports app across desktops, mobile devices, tablets, and connected TVs. This includes all 15 sports and 102 medal events, as well as the coverage airing on TV networks. 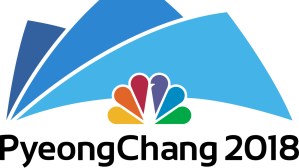 NBC’s digital-only coverage will include three digital-only programs, live streams of practices, and an active news desk that will publish Olympic updates throughout each day.

On this side, “Gold Zone” will stream daily offering condensed reviews of competition; “Off the Post” will be a live hockey studio show after each day’s final game; the social-focused, short-form video series “Ever Wonder” will feature curiosities of the Games; and a digital exclusive version of “Olympic Ice” will review figure skating highlights.

In total, there will be 1,800 hours of live event and TV simul-stream coverage for the PyeongChang Olympics available.

It’s worth noting that the Olympics content streamed through the app, which is powered by NBC Sports’ Playmaker Media, will only be available to authenticated pay TV subscribers. In other words, this isn’t necessarily a huge win for cord cutters.

In addition, NBC will offer cord cutters something of a tease of its live streamed coverage by providing a “temporary pass” to the live streams. Before authenticating, viewers can watch 30 minutes of live coverage on their first visit, then 5 minutes per day afterwards.

“Our most comprehensive digital offering ever is specifically designed to satisfy modern Olympic viewers, who expect to watch their programming wherever and whenever they want,” said Rick Cordella, EVP and General Manager, Digital Media, NBC Sports Group, in a statement. “Whether it’s at home or on the go, live or VOD, on desktop or app, our unprecedented digital coverage will raise the bar for super-serving fans.”

This event is also the first time that streaming coverage will be available across all connected TVs, including all Amazon Fire TV, Apple TV, Chromecast, Roku, Windows 10, Comcast X1, and select Samsung smart TVs. Authenticated TV viewers will use the NBC Sports app to watch on the big screen.

NBC says there will be some enhanced streaming options as well, but isn’t yet offering full details. These enhanced streams will be offered on select sports like Alpine skiing and figure skating, in addition to NBC primetime programming. The enhancements are related to adding athlete bios and statistics, programming notes, and more to the coverage.

Additionally, NBC’s other social efforts around the Olympics – including on Snapchat and BuzzFeed – will be announced later.

The live streaming of Olympics competition will kick off on Wednesday, February 7, 2018 at 7 PM ET. It starts with the preliminary rounds in the curling mixed doubles event, which is also making its Olympic debut in PyeongChang.