Patreon wants to colonize the internet with its perks for artist crowdfunding subscribers the same way Facebook login brought your social graph and profile to other sites.

Pay a monthly subscription to a content creator on Patreon and now it will earn you exclusive access to their patron-only WordPress blog, Discourse forums, Discord chatrooms and, soon, other apps like Slack. Essentially, Patreon is becoming your content membership card for the whole web, not just its site. And with each new reward opened up by this platform, subscriptions become more valuable and more people will start to fund directly the artists they love.

More than 1 million subscribers already pay an average of $12 per month to more than 50,000 creators on Patreon, ranging from illustrators to political commentators to videographers to comedians. It’s on track to double both sides of its membership marketplace each year. And with $107 million in funding, including last month’s $60 million Series C led by Thrive, it has the fuel to build out this new platform that the company expects to support more than 100 integrations, including Slack, within a year. 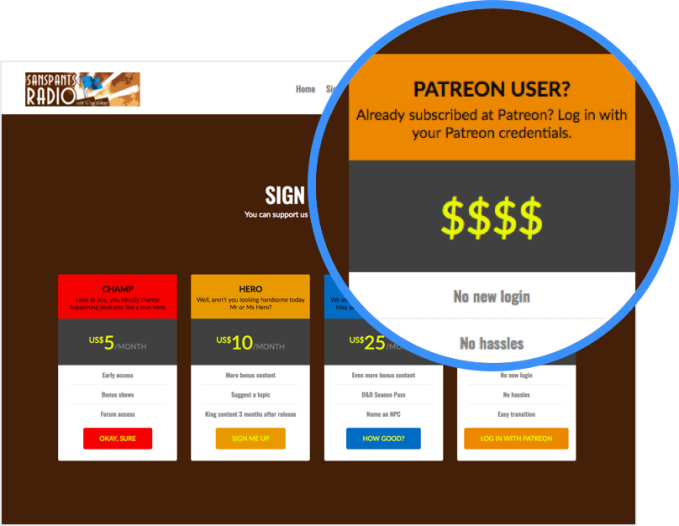 It’s all possible thanks to Patreon’s new API, which anyone can build into their product through the Patreon Developer Portal to become a place where patrons can bring their membership. Then, these third-party products will appear in the new App Directory that creators can choose from to extend the benefits of backing them beyond Patreon.

Patreon’s VP of biz dev and partnerships Brent Horowitz sees this as “Hundreds of spokes organized around this hub called membership, not beholden to or stuck with any one single platform.” That means deficiencies in Patreon’s native tools, like its bare-bones blogging interface, won’t limit the creative expressions of those who monetize with it as they can use WordPress instead. 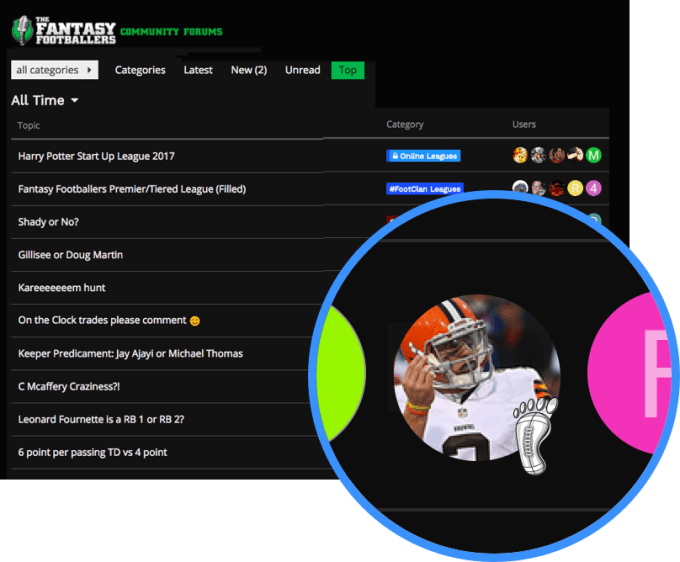 And the partnered sites and apps should benefit, too. Linking up with the Patreon platform could bring business tools and content hubs a new influx of clients and creators. Instead of having to build a member-only tier from scratch, sites like WordPress or Discourse can piggyback on Patreon.

I’ve heard that some of this that can’t easily be monetized elsewhere was becoming a non-trivial portion of Patreon’s revenue, and it needed to axe it before being seen as complicit with disturbing content. Meanwhile, Patreon has reiterated its support for other niche and human rights content from the LGBTQ community. 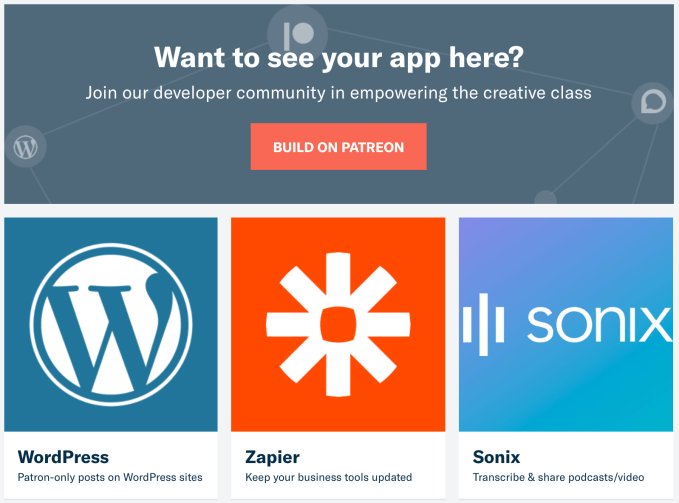 YouTube and Twitch, two of the most popular other artist-to-fan communication tools amongst Patreon creators, are still missing from the platform. They both offer their own modest on-site perks for fans who pledge funds to creators.

But Horowitz says they only support a binary yes-a-subscriber or not-a-subscriber system, and perks don’t travel anywhere else. Patreon’s platform lets artists set different levels of access for different payment tiers. That way a creator could make their WordPress ad-free for subscribers of $1 a month and up, early access to new content for $5 and up and exclusive patron-only content for $10 and up.

Partners won’t earn any of the tiny 5 percent cut Patreon takes from subscriptions, but they could gain access to the most beloved makers on the web and the fan bases that follow them anywhere.