DVR maker TiVo today officially confirmed the launch of its new DVR, the TiVo BOLT VOX, and its smaller counterpart, the TiVo Mini Vox, following yesterday’s leak. As had been reported, the biggest change is that these are the first TiVo DVRs to include a voice remote control, which allows users to search across live TV, DVR, video-on-demand and online streaming services just by speaking.

These voice searches will also return personalized recommendations based on users’ viewing habits, the company says.

Additionally, the voice remote goes a step further than some rivals’ products, as it lets TiVo owners refine their queries on the fly.

For example, you could say “show me the movies with Tom Cruise,” then refine the query by saying “only the comedies,” or “the one where he says ‘show me the money,'” explains TiVo.

What’s more is that some current TiVo owners won’t have to buy a new DVR to gain voice control features. The TiVo VOX Remote will be sold separately for $39.99, allowing existing BOLT, Roamio, and first-gen TiVo Mini customers to upgrade to voice control. The remote will be available in both black and white, so it can match the DVR customers already have. (The new BOLT VOX and Mini VOX come in black.)

The remote has been redesigned a bit from previous versions, as we noted yesterday. It now has a big blue voice button near the top, and overall, a more organized layout, plus a dedicated commercial skipping button and one for Netflix. 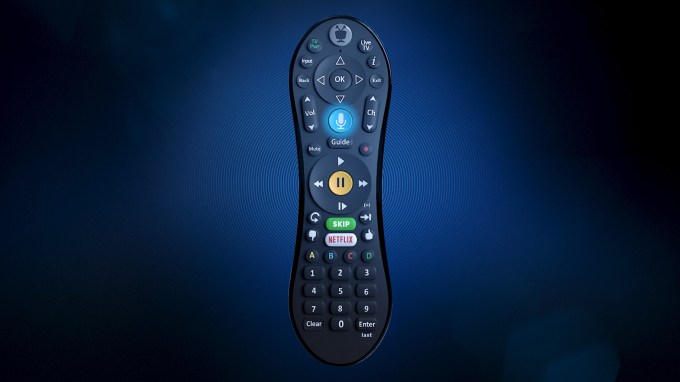 Like the original BOLT, select BOLT VOX models let viewers watch and record from either digital cable or over-the-air TV via a digital antenna, and search for programs across TV, video-on-demand and online streaming services like Netflix, Hulu, Amazon Prime Video and others.

The devices also support 4K Ultra HD which can be expanded to other rooms in the home with the addition of the TiVo Mini VOX. 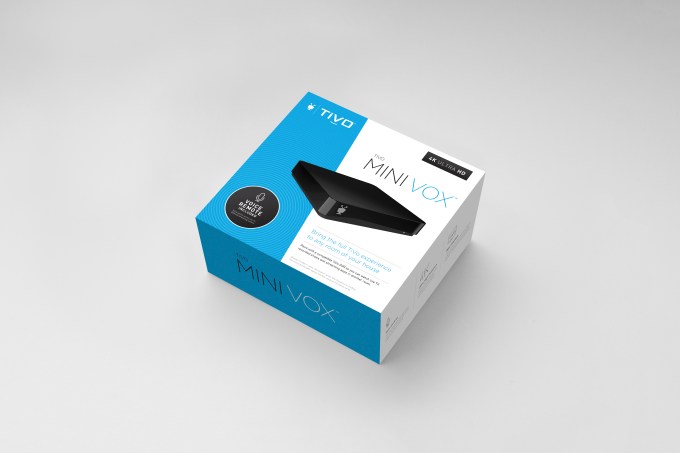 The DVRs will ship will TiVo’s new user experience, as well, which focuses on personalized recommendations and more visual elements, like poster art, actor and director bios, and team sports logos, to help users find what they’re looking for more quickly.

It also introduces a new QuickView feature that allows viewers to see shows playing on different tuners, favorite channels, a one-line channel guide, and TiVo’s SmartBar – a new feature that displays predictions of shows based on users’ past viewing behavior.

Like prior products, the DVRs will also let you skip the commercials with a touch of a button; speed watch shows at faster-than-normal speed via QuickMode; and watch across web and mobile devices in and out of the home, using TiVo’s apps.

The new VOX products will go on sale at the end of the month, October 29, 2017, through tivo.com, Amazon, and in Best Buy retail stores.