Almost exactly a year ago, Adobe launched Project Felix, its 3D compositing tool for designers who want to combine their 2D images with 3D assets. Today, this tool is coming out of its preview period and the company is launching it under a new moniker: Adobe Dimension. With this, Project Felix/Adobe Dimension becomes a fully fledged member of the Creative Cloud family.

The general idea behind Dimension is to give designers the necessary tools to bring their 2D and 3D assets together without having to study what are typically highly complex and specialized applications. Dimension keeps things simple but is still powerful enough to allow designers to create photorealistic images for their packaging, product shots and branding needs. Like similar applications, it’s split between a design mode that lets you arrange your assets, assign textures and materials and work on lighting, and a rendering mode that creates the final image.

One of the biggest issues for designers who want to get started with a tool like this is having access to 3D models. To help them, Adobe is adding support for 3D scenes to its Adobe Stock catalog and those who have mastered Dimension can also now offer those scenes in Adobe Stock, too. 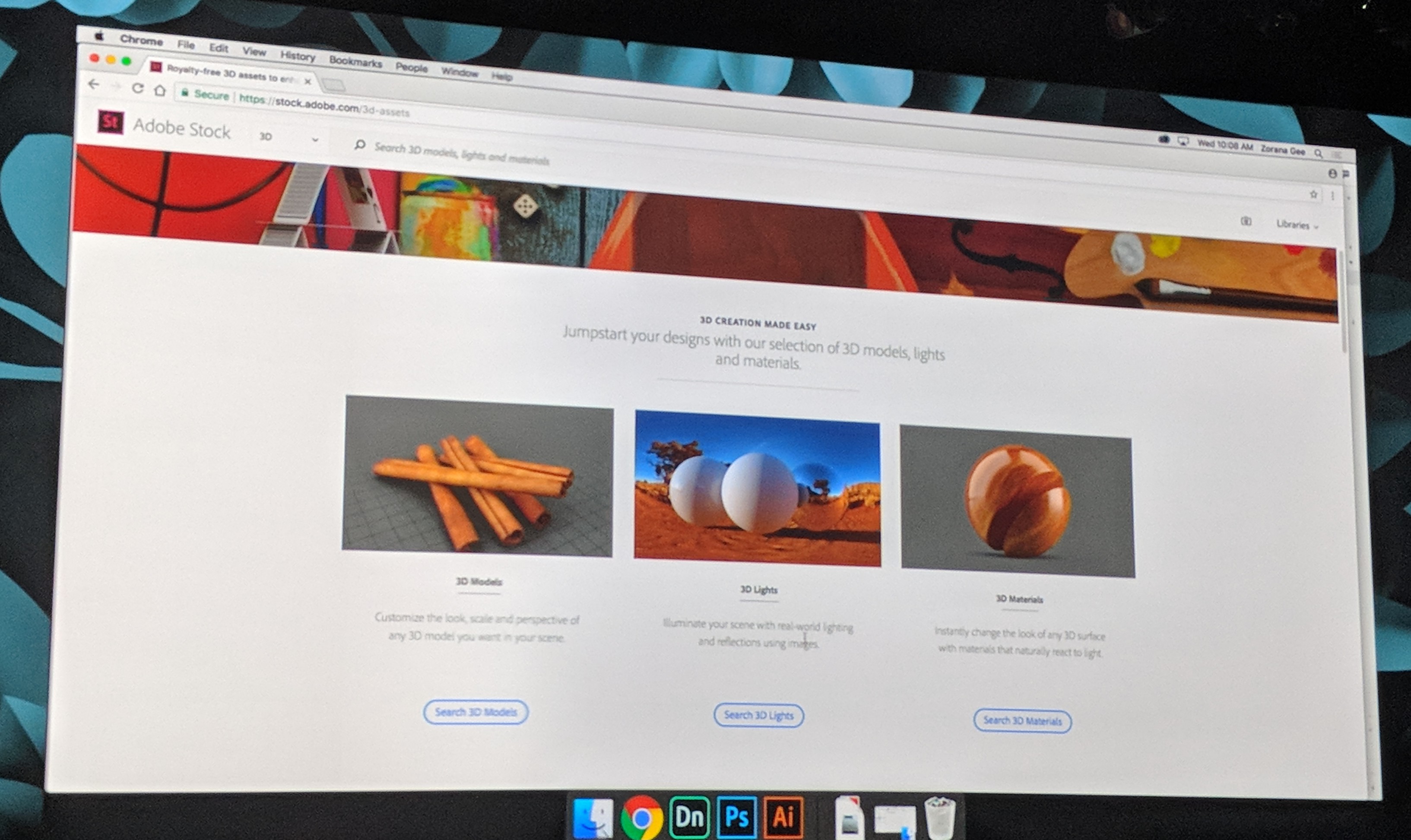