YouTube today is taking on Twitch with the launch of a new program that will allow gamers to make money from their channels through the use of sponsorships. Like Twitch’s subscriptions, which offer fans access to custom emotes, special badges and other perks, YouTube’s sponsorships also include a similar set of perks, like custom badges, custom emoji in chat, and access to sponsors-only live chats, among other things.

Sponsorships were previously in beta testing on YouTube Gaming, but today they’re opening up broadly today to all creators. In addition, the feature will also now be tested in the main YouTube app, the company says.

Fans who want to sponsor their favorite creator will pay $4.99 (USD) per month, but that cost may vary in other regions. After becoming a sponsor, the fan then has the option to purchase digital goods directly from the gamer’s channel, and will receive a custom badge and custom emoji.

They’ll also gain access to a number of other advantages, including the exclusive live chats, and immunity from slow mode – a feature that lets creators limit the number of times each user can comment. In other words, sponsors are able to comment as much as they want, as often as they want. (The only other people not affected by slow mode are the channel’s owner and its moderators, if any.) 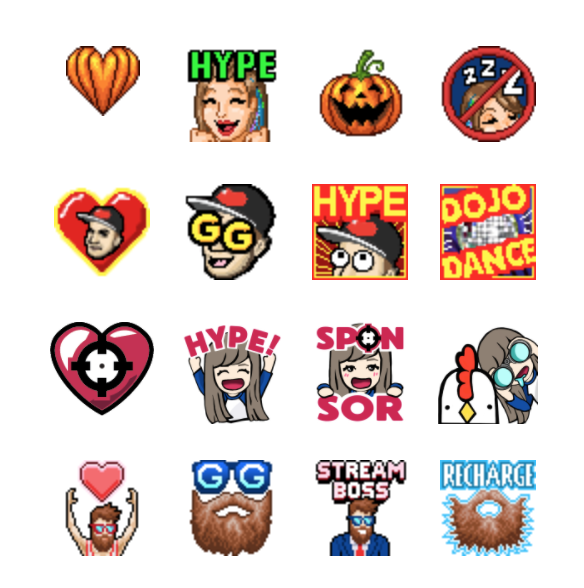 As a gamer’s popularity grows and the number of sponsors increases, more custom emoji will be unlocked. These can then be uploaded and used in real-time as channels hit their sponsorship milestones, says YouTube.

The company claims that sponsorships were successful among creators during beta testing, noting that the channel GameAttack makes most of its revenue via sponsorships and Super Chat. Another, Rocket Beans, earned 1,500 sponsors in its first day, and ONE_shot_GURL’s monthly celebratory wall of sponsors has been running out of room.

Because of how well sponsorships have worked on YouTube Gaming, the company is now beginning to test the model with non-gamers, too. This is on an invite-only basis, with Lauren Fairweather’s and Que Diabos’ channels among the first testers. However, YouTube is inviting other creators to sign up if they’d like to try out sponsorships on their own channels.

Sponsorships are only one way that YouTube creators are able to earn money on the site by interacting with fans. Super Chat, for example, launched at the beginning of the year, to offer creators of all kinds a way to make money from their live streams. And creators can also make money through YouTube Red subscriptions.

Due to this expanded set of available options for generating revenue, YouTube says it’s shutting down a service it launched in 2013 called paid channels, which let creators sell monthly subscriptions to their channels. This won’t affect too many channels, though, as YouTube notes that under 1 percent of creators are taking advantage of this option. It never became popular with creators or their fans.

The changes come at a time when YouTube is competing fiercely with Amazon-owned Twitch for streamers’ and fans’ attention. 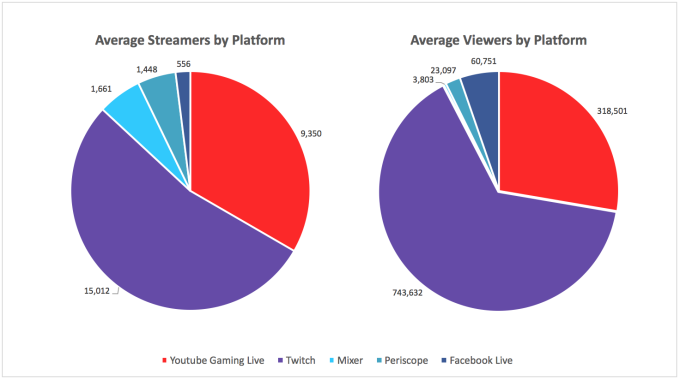 According to recent data from Streamlabs, Twitch is currently winning the live streaming market in terms of average streamers by platform, and average viewers by platform. YouTube is second, followed by other live streaming platforms from Microsoft (Mixer), Facebook (Facebook Live) and Twitter (Periscope). That means that Twitch is stealing away potential revenue from YouTube, as well. The public launch of sponsorships – basically a riff on Twitch’s own business model – is a significant attempt at changing that.

YouTube’s push of Sponsorships may have been hastened by the success of Patreon, which lets fans subscribe to creators for a monthly fee in exchange for different perks and exclusive access. Patreon just announced it raised $60 million today.

YouTube says sponsorships are available to all eligible creators on the YouTube Gaming app starting today. Eligible channels – those with over 1,000 subscribers – can switch them on at youtube.com/features.