Had I been using Adan Medical‘s smart case for Epi-Pens, my mom and emergency response teams would’ve been notified the moment I opened the case. I still would’ve ended up in the emergency room, but I would’ve received help a bit faster. With these types of allergies, every second can be critical.

Adan Medical’s smart case and app also tells allergy sufferers if they’ve left their Epi-Pen behind, like at home, work or a friends house, for example. With Adan Medical’s app, those who suffer from severe allergies can also keep track of when their Epi-Pens are set to expire and the condition they’re in.

Adan Medical recently finished clinical trial around its smart case, which it expects to sell for less than $100. The trial consisted of about 100 people and looked at whether or not the smart case provided piece of mind for the allergy sufferers, Adan Medical COO Francesc Trias Puig-Sureda told me at TechCrunch Disrupt SF 2017. The results of that trial, Puig-Sureda said, will be published in about a month.

Epi-Pens are still pretty costly in the U.S. Last month, I picked up a two-pack listed at $375. Two-packs are recommended because depending on the severity of the reaction, one Epi-Pen might not be enough to save your life. Thankfully, my insurance saved me $315. Thanks Tim Armstrong!

Adan Medical is also making a box for public spaces, similar to how defibrillators are available at restaurants. The company is still developing the box, but Puig-Sureda said it could roughly cost about $300. The idea is that a school, restaurant, airport or mall would be able to have one of these boxes that would safely store Epi-Pens. 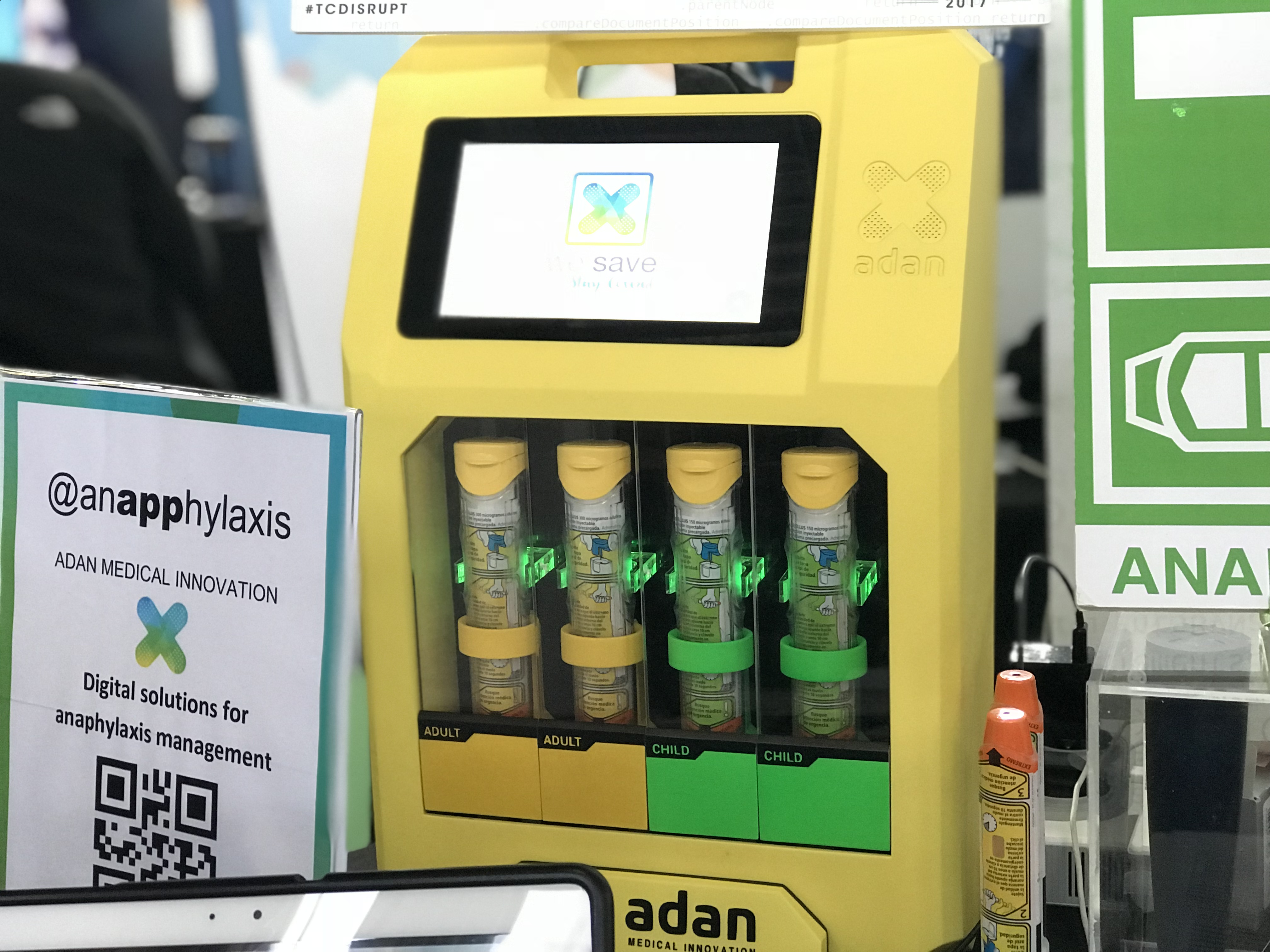 The promise of this box is that in the event someone does forget their Epi-Pen, goes out to eat at a restaurant and proceeds to have an allergic reaction, they can rest assured knowing that the restaurant has non-expired Epi-Pens on hand for both adults and children. This smart box is a bit down the road, but Adan Medical plans to run a study in several schools starting next school year.

In the meantime, I’m going to try to just remember to bring my Epi-Pens with me wherever I go, remain diligent about ensuring I’m not carrying around ones that are expired (I’ve done this before) and if I’m going into anaphylactic shock, inject myself with the Epi-Pen, call 911 and then call my mom.