Previously, covering the two older Plus models cost $129, the same as iPhone 6s, iPhone 7 and iPhone 8. Owners of the latter three don’t have to pay more because the price of their AppleCare plans will remain the same. 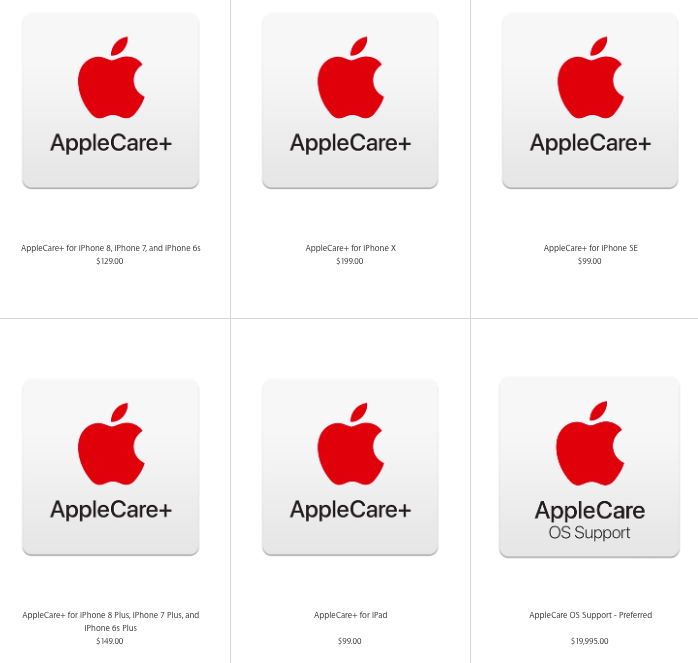 At $999, the iPhone X is Apple’s most expensive smartphone so far and if you want AppleCare+ for it, you’ll also be shelling out more money—$199 to be exact.

AppleCare+ extends coverage for iPhones to two years from its purchase date and up to two incidents of accidental damage coverage. The devices are sold with a limited warranty and 90 days of free support.

Pricing for other AppleCare+ plans, including the iPhone SE, iPads and Apple Watches, remains the same.