Google today announced a refresh of its privacy and security dashboard, its one-stop shop for checking and changing your privacy settings, opting out of personalized ads and seeing which third-party services have access to your data. This isn’t a radical change and you’re not going to find any new controls here, but the company says that the update is meant to make the tools easier to use on mobile, where it was previously almost unusable. 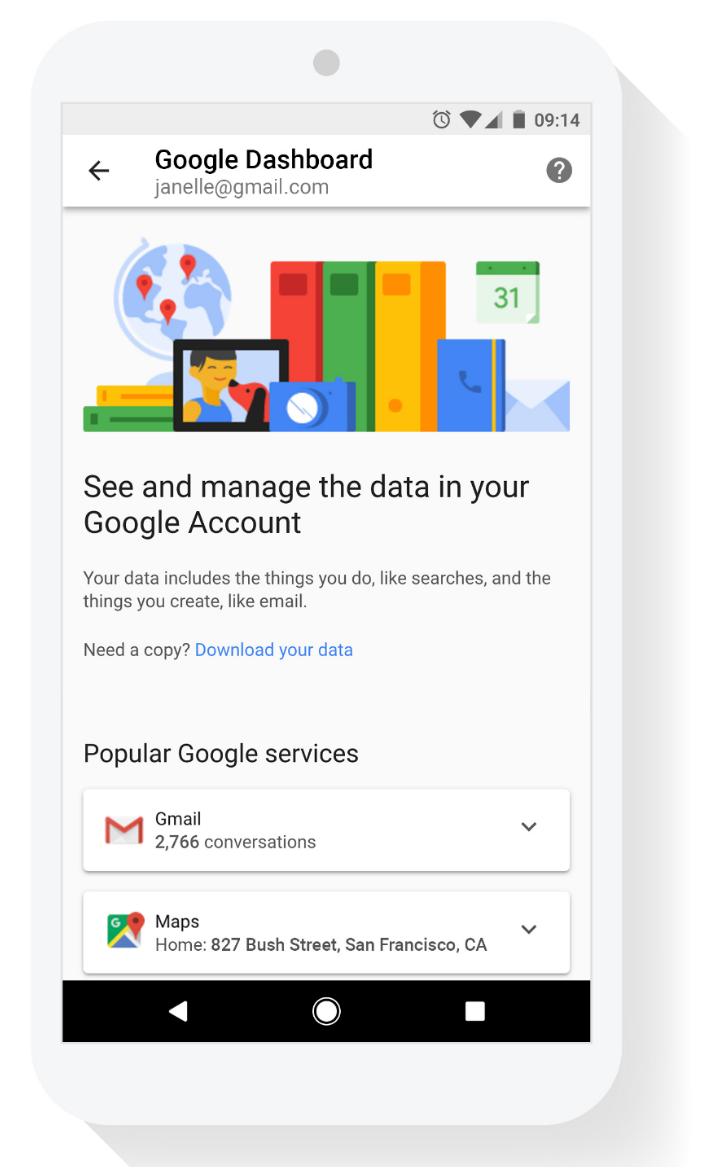 When the Google Dashboard first launched back in 2009, it was a pretty bare-bones experience that let you check on your searches and see how many emails you had in your inbox. Since then, it has grown into a far more comprehensive service (no surprise, given that Google’s product portfolio has also grown steadily), though privacy advocates will surely note that this doesn’t stop Google from knowing a lot about you.

Google also used today’s announcement to share a number of new metrics for the Google Dashboard, something the company doesn’t do very often. According to Google’s own data, more than 150 million people have used the My Activity tab to check on their past actions on various Google services like Search, Maps and YouTube since this feature launched last year.

In addition, the company says that Google Takeout, its tool for letting you export your data from its services, now sees more than 1 million exports per month (I admit that’s more than I expected) and that its users have downloaded more than an exabyte of data since its launch in 2011.