Venture capital investors once again are getting charged up over new battery technologies.

The quest to build a better battery has occupied venture investors for nearly a decade, since the initial clean technology investment bubble of the mid-2000s.

Now, some of those same investors are returning to invest in battery businesses, drawn by the promise of novel chemistries and new materials that aim to make more powerful, smaller and safer batteries.

One of the latest to raise new money is Gridtential, a battery technology developer pitching a new take on a classic battery chemistry… the centuries old lead acid battery. Gridtential’s innovation, for which it’s filed several patents, is to use silicon plating instead of non-reactive lead plating in the battery.

The company’s novel approach has won it the backing of four big battery manufacturers, in an earlier $6 million round of funding in January, and now the company has raised another $5 million to continue to build out the business from new investor 1955 Capital.

Gridtential’s funding is the latest in a series of new investments into battery companies coming from venture firms this year. 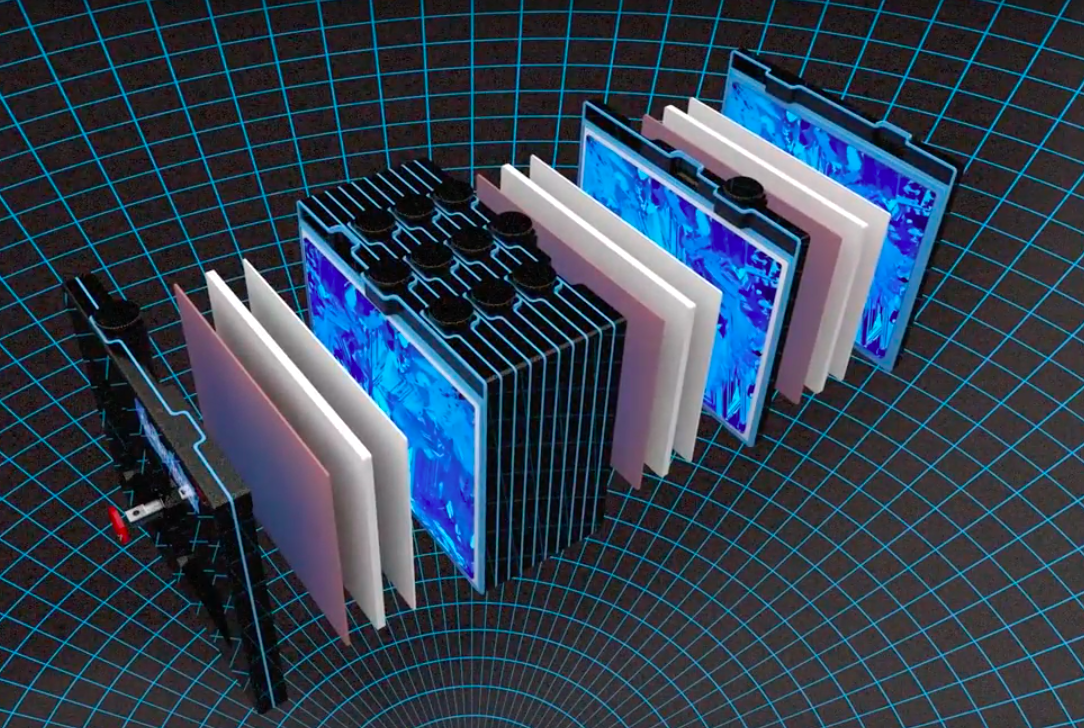 Battery companies raised $480 million in the first half of the year according to data from cleantech investment and advisory services firm Mercom Capital.

Much of that capital was actually committed to one big battery company, Microvast. The Texas-based battery manufacturer raised $400 million in funding led by CITIC Securities and CDH Investment — two of China’s biggest and best investment firms.

The presence of big Chinese investors in a Stafford, Texas-based company shouldn’t come as a surprise. Batteries are big business (just ask Tesla).

Indeed, major tech companies are swarming all over the battery business. In addition to Tesla’s push into power, Alphabet is also looking at developing new grid-scale storage technologies, according to a recent report from Bloomberg.

“What’s unique about the battery is two things. One is the use of silicon. It’s built as a stack of cells in series rather than a group of cells in parallel. The silicon plates are used as current collectors — they are really very thin pieces of wire that connect one cell to the next,” explains chief executive Chris Beekhuis. “It creates a density of current and uniform temperature across the plate, both of which prevent sulfation.”

As the energy storage world focuses its attention on building better batteries based on lithium-ion technology (the batteries that are in cell phones and electric vehicles), traditional battery manufacturers could potentially be nervous about seeing their market share erode.

With its new design for lead acid batteries, Gridtential is making a smaller, more energy dense, lead acid battery that is perfect for use in hybrid vehicles, storing energy from the power grid and creating backup power supplies.

The other benefit of silicon (in addition to being less toxic), is that a massive supply chain already exists for the stuff. Solar panels and chip manufacturers have created a huge amount of manufacturing supply for the raw materials (something that’s becoming a problem for the lithium-ion business), and the material is relatively cheap, Beekhuis said.

It’s also 40% lighter than a traditional lead battery and will be cost competitive with existing battery costs at roughly $300 per kilowatt-hour of storage in automotive applications.

Unlike other battery companies that intend to manufacture and sell their own batteries, Gridtential intends to license its process (like a more traditional software business would). Indeed, the company has brought in a former Dolby executive to run its licensing operations.

“You’re combining the best of lithium-ion and lead acid in a product that is attractive to the market,” says Andrew Chung, the founder of 1955 Capital.

Chung, a longtime investor in sustainability technologies, sees Gridtential as a response to the capitally intensive missteps that investors have made in the past when backing battery companies.

“Can you commercialize it capital efficiently?” Chung asked. That’s the big question companies face and in the case of Gridtential, the reliance on silicon is critical. “You’re able to move away from that huge upfront cost to invent manufacturing,” Chung told me. 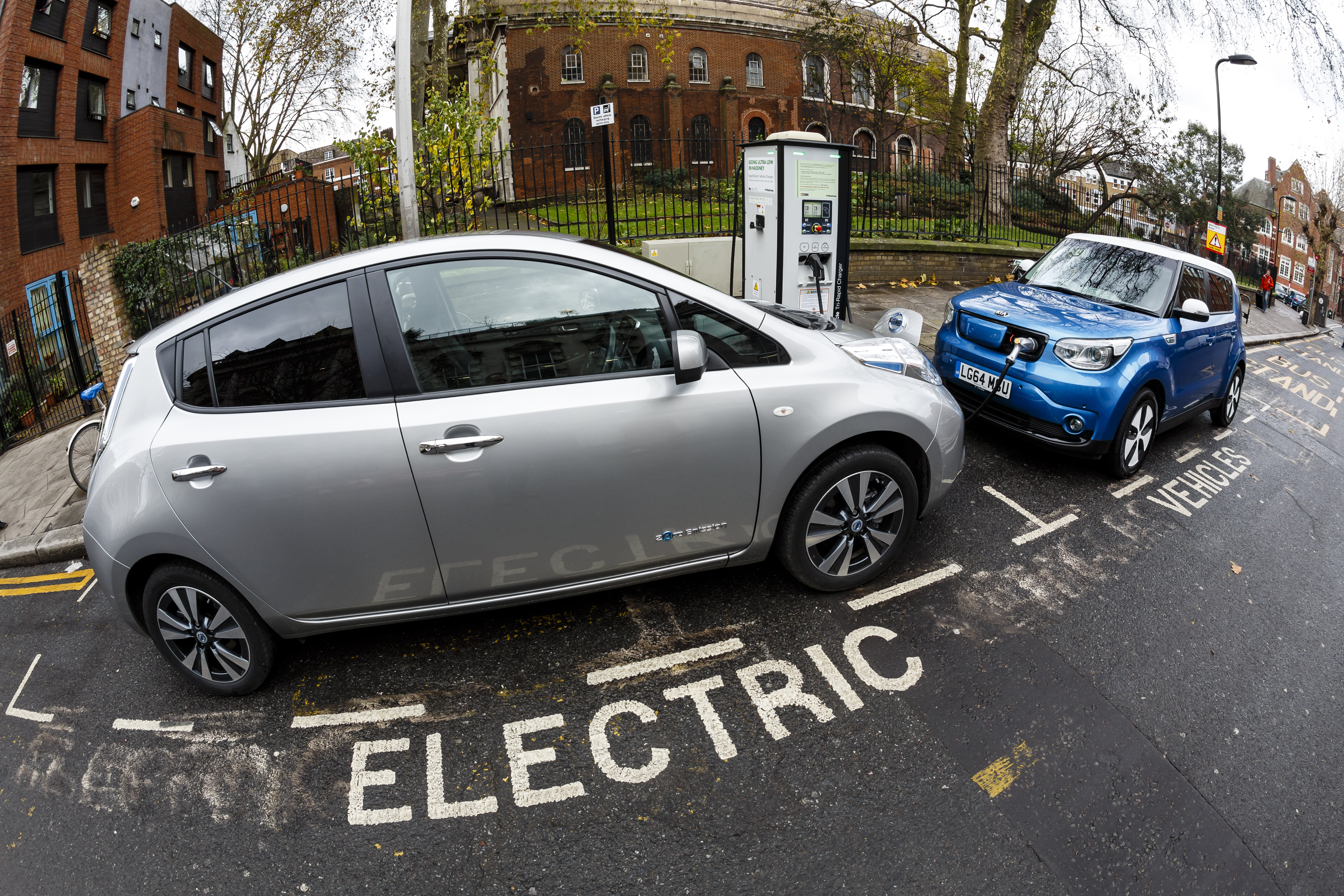 Go Ultra Low Nissan LEAF (L) and Kia Soul EV (R) on charge on a London street. Ultra-low emission vehicles such as this can cost as little as 2p per mile to run and some electric cars and vans have a range of up to 700 miles.

While Gridtential is tackling the lead acid battery market, Romeo Power, which raised a $30 million seed round in late August, is looking at novel technologies for lithium ion battery packs. Not focusing on battery chemistry itself, Romeo is wooing investors with its pitch for power management.

“The [battery] cells are a commodity, it’s true. But of the hundreds of cells [available to buy], you have to know which is the best for a particular application. Then you have to get as many cells as you can into the smallest space possible, to create volumetric density. Then,” he says, “to keep the cells from getting too hot, you need to put them in the right container and connect them using the right materials and methods.”

Some projects are even farther afield. Bill Joy, for instance, has doubled down on his investment in an entirely new material science that could radically remake the battery industry.

One of the solutions to Joy’s “grand challenge” breakthroughs, Ionic Materials has created a low-cost new material that completely reimagines what makes a battery. “We had decided in the case of batteries that the thing that would make the difference would be to have them not have liquids in them,” Joy said of the initial challenge.

The solution was found in a material invented in 2011 by a Tufts professor and former Bell Labs researcher named Mike Zimmerman. The new technology is called a solid polymer lithium metal battery.

“Mike invented a specialty polymer that he can tweak and conduct ions at room temperature,” Joy told me. “It’s a new conduction mechanism.”

Ionic’s energy storage tech uses a solid, almost plastic-like, polymer to allow lithium ions to flow from anode to cathode. The company claims that its new electrolytes can work the same as a cathode; are conductive at room temperature, can be more stable, less flammable, and can be produced in high volumes.

Wired called it the Jesus Battery.

Indeed, if the company’s material can allow for greater flexibility, more power, and better safety standards than a traditional lithium-ion battery, it would be a miracle.

It’ll take something of a miracle to advance battery technologies. There haven’t been significant innovations in energy storage for a few decades, with most of the real improvements coming in how batteries are packed together to create more storage capacity. The inherent technology has remained fairly constant.

While Romeo is tackling the packing problem, both Gridtential and Ioinic are proposing material science solutions to some of the battery industry’s problems — and as the financing indicates they’re not the only ones.

Energy storage is a potential trillion-dollar business, and with a potential market of that size, it’s no wonder that investors are (albeit cautiously) coming back in to a market that had jolted them in the past.