Ah, the lightsaber. The thing we’d all totally be carrying around if it weren’t for pesky physics getting in the way.

Augmented and virtual reality are just about the only ways to bring lightsabers to life — and Lenovo is trying to do just that. They’ve built a new augmented reality headset called the Mirage, and lightsaber battling is one of the first things they’ve built to show it off. It’ll all be packaged up in a kit they’re calling Jedi Challenges, which will hit shelves in November.

And it’s… pretty dang cool. I got to check it out (along with a bunch of other products that Disney will be debuting at tomorrow’s Force Friday event ahead of the release of The Last Jedi). Check out the full video above.

Lightsaber battles are something of a Holy Grail in video games; we all have such grand ideas of what they could be that getting anywhere near that intangible point of being “right” is tough. But Lenovo brings a new concept to the table here, and it works well.

As the player, you start by slipping your phone (iOS or Android, with a full compatibility list coming later) into the Mirage headset, popping it on and grabbing the lightsaber controller — a surprisingly well-built replica of the one handed from Anakin to Luke, and as of The Force Awakens, to Rey.

Tap a button on the lightsaber, and bam — a beam, visible only through the headset’s lens, extends right out of the hilt you’re holding. It all looks… right. The beam follows the hilt around as you swing it with minimal latency; it really felt like I was holding a lightsaber. I’ve played a good number of pure virtual reality lightsaber demos/games — but there’s something different and kind of amazing about seeing a lightsaber in your actual hand, without that layer of virtual abstraction.

Kylo Ren appears in the room in front of you and starts swinging. Just before his hit connects, your “force sensitivity” kicks in and presents itself as a line floating in the air, indicating where he’s going to strike. You quickly orient your lightsaber to match this line, blocking his incoming attack. With each block, the incoming flurries get faster, the game growing more challenging. Block enough incoming attacks, and it’s your turn to swing.

I’m told that, in time, you’ll pick up new abilities — like, say, force pushing your enemy through the air.

I only got to spend about 10 minutes slashing away at Kylo, but I walked away impressed and wanting more. It’s one of the better augmented reality experiences I’ve had. I had a few people watching me and was a bit worried I was accidentally going to clonk someone in the head — but besides that, I was totally immersed. 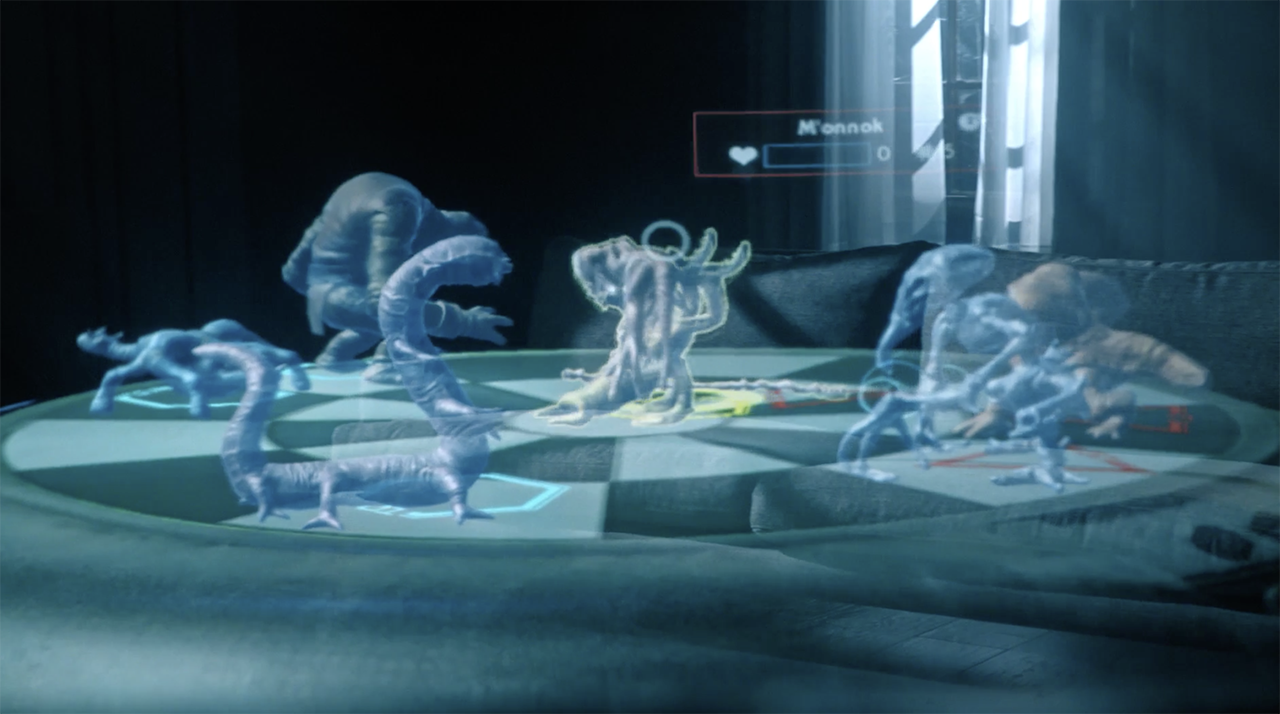 Lightsaber battling is one of three games built into Jedi Challenges, along with Holochess (the board game otherwise known as Dejarik, as played onboard the Millennium Falcon in A New Hope) and a new troop-control strategy game. Alas, neither of those were quite ready for me to check out yet.

Jedi Challenges will be sold as a $200 kit starting in November, coming with the Mirage headset, a beacon you place on the ground to tell the headset where the floor is and the lightsaber controller. That might be a bit steep for a headset that currently focuses on one game — but you do get that slick lightsaber, and, in theory, this is a platform that Lenovo will continue to build on over time. 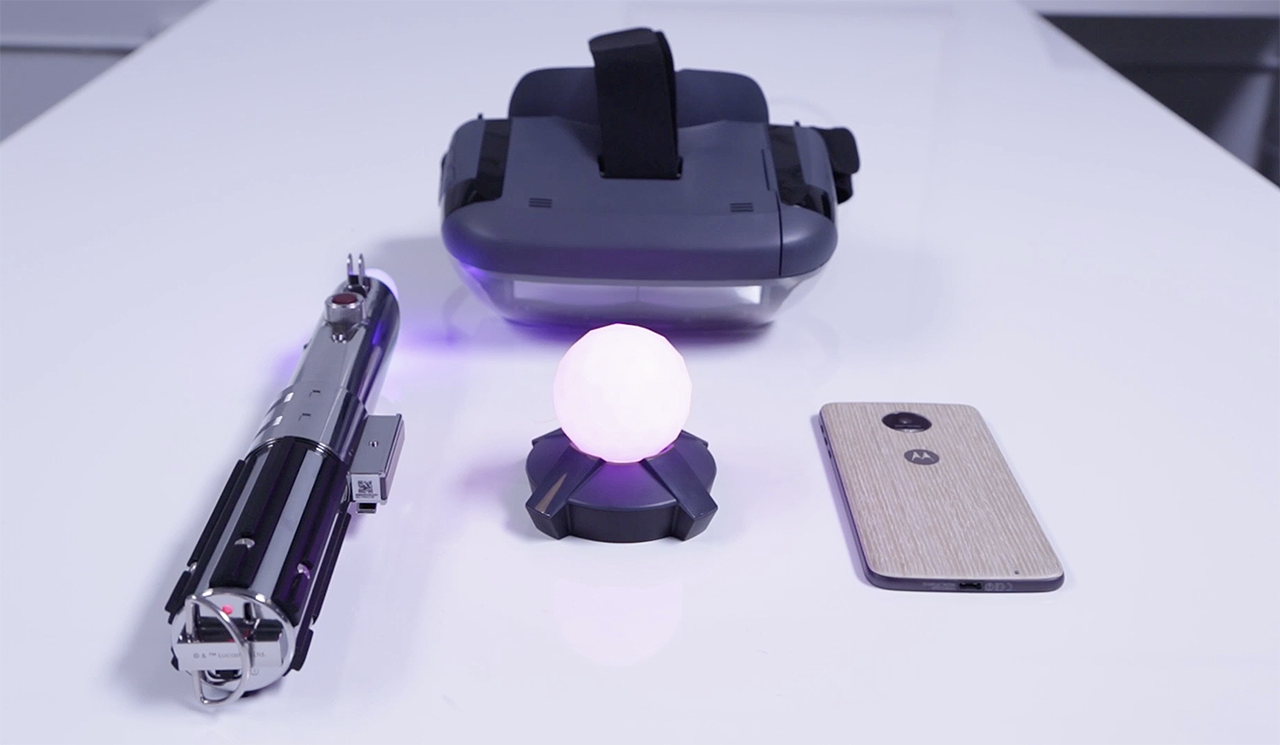